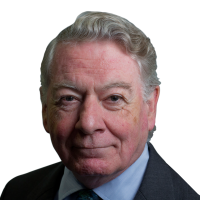 John Plender is a Financial Times columnist. He has written for the FT since 1981, before which he was financial editor of The Economist. He is a winner of the Wincott Foundation senior prize for excellence in financial journalism.

Until the late 1990s he combined his work for the FT with broadcasting roles at the BBC and Channel Four and has had a number of advisory positions including membership of the World Bank/OECD PrivateSector Advisory Group on Corporate Governance. He served on the steering group of the UK Company Law Review which provided the basis of the Companies Act 2006.

Plender joined the board of Quintain plc as a non-executive director in 2002 and chaired the company from 2007 to 2009. He is currently a trustee of the £4bn Pearson pension fund. His latest book is Capitalism: Money, Morals and Markets (Biteback).