From tented camps in Rajasthan to whale adventures in Norway

Apropos of Indonesia: don’t believe those who say Bali’s no longer worth getting to. It’s all about knowing which bits of the Island of the Gods still evince the magic, sans the crowds and traffic. Tabanan, a Unesco-designated site (and home to arguably the world’s most photogenic rice terraces) in Bali’s less-trod west, is one such place; it’s where Nirjhara quietly opened earlier this year. The suites and villas – one or two bedrooms, spread along the terraces or immersed in the palm groves – are all stone and bamboo, tall glass doors and private pools. The appeal here is the coordinates; well away from the fray, with a slightly different lens on Balinese landscape and culture – but within easy striking distance of Canggu’s bars, restaurants and beach clubs. nirjhara.com, from £260

The edge of wildness: it’s what Chris Burch and James McBride of the legendary Nihi Sumba in Indonesia have promised since scaling up the feet-in-sand surf resort known as Nihiwatu five years ago. Years of reconnaissance later, they’ve found the perfect site to expand the Nihi brand: Costa Rica – specifically Guanacaste in the northwest, and more specifically still, a 1,000-hectare site within striking distance of Witch’s Rock, one of its most storied waves (a match for Occy’s Left, the goofy-foot break that Nihi Sumba helped make famous). Nihi Santo Tomás promises to bring all the top-of-class bells, whistles and feels Nihi is known for when it opens in early 2023, with 35 suites and 13 villas designed by Ronald Zucher. Meanwhile, Burch and McBride are finishing Nihi’s Edge of Wildness Tented Camp – four ultra-luxe tents, each with deck and outdoor “stargazing” bed, and access to diving, hiking, world-class horses (polo is another Nihi Thing) and more. It opens early next year and they’re already taking bookings. nihi.com, from $1,500

A whale of a Norwegian adventure

There is – not surprisingly – an uptick in those searching for quick-fix winter breaks. For one with a twist, and a conservation thesis at its heart, look to Norway’s far north, where Will Bolsover of master adventure fixers Natural World Safaris has just launched a land-based “safari” swimming with orca and humpback whales. For eight days guests will be based on Skjervoya island with daily excursions in a private boat out to where the whales feed on enormous shoals of herring; here they’ll don dry suits and get in the water, to be photographed and watch the spectacle of the annual feed. naturalworldsafaris.com, from £6,200 per person

Horses for courses in Rajasthan

If “India” and “conservation” are increasingly joined in the travel world’s consciousness, it’s largely thanks to Jaisal and Anjali Singh, owners of elite safari-adventure collection Suján. In the 1970s, Jaisal’s parents helped map Ranthambore park, today famed for its tiger safaris. Sher Bagh, the Suján camp which the Singhs opened in 2000, set the standard both in terms of wilderness experience and supreme comforts. Cut to 2021, and the Singhs have been busy: Sher Bagh emerged last month completely renovated, with more spacious tents and poolside dining (the unrivalled access to the tigers, courtesy of superlative guides who’ve mastered the lay of Ranthambore’s 515 square miles, remains unchanged). At the also-renovated Jawai, their leopard camp near Pali, Anjali Singh is shortly to launch a “Healing with Horses” programme, developed over two years. Working with Kathiawari and Marwari horses – small but tenacious local breeds – she has constructed space for 20 of them, on land adjacent to Jawai, and developed activities and programmes that go well beyond rides out to the spectacular dam at Jawai Bandh (though those are available too). Think of things like learning to understand the body language of a horse and creating a genuine connection with the animals. And we all understand the salutary effects of time in a staggeringly beautiful landscape. thesujanlife.com, from about $943

To New York, where a landmark McKim, Mead & White building at 250 Fifth Avenue has been given a new lease of life courtesy of 31-year-old developer Alex Ohebshalom, whose hatchling hotel brand Flâneur Hospitality offers unique spaces, intimate interactions and elegant design. The Fifth Avenue Hotel, which will open in the second quarter of 2022, is his first hotel, and aims high: Martin Brudnizki has had his way with the 153 rooms and suites, and concierges will curate exclusive insider experiences for guests. thefifthavenuehotel.com 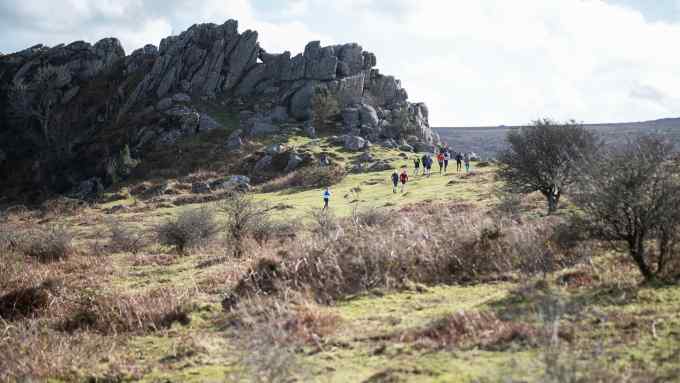