British beaches to enjoy and explore

The perfect Cornish escape, a Tudor house for hire and your own castle on a Scottish shore

The long drive — down ever-narrowing lanes — to reach England’s deep south is absolutely worth it. The Lizard peninsula is quintessential Cornwall: sandy coves, ancient fishing villages, traditional pubs and plentiful ice cream. It has two distinct sides: the west, where the beaches are sandy, dramatic and cliff-backed, and the gentler east, where the Helford river snakes through forested creeks.

Swim at Kynance Cove, with a seal at your side if you’re lucky; eat crab sandwiches by the harbour in Cadgwith; visit the farm at St Keverne where Roskilly’s ice cream is made, then watch the sunset from the 500-year-old smugglers’ haunt, the Halzephron Inn.

Stay at Kestle Barton, a medieval farmstead recently restored to become a small contemporary art centre. Around the gallery space (where there’s an honesty box for cakes and home-grown apple juice), the barns and farmhouse have been converted to provide a selection of gorgeous holiday rentals. From there it’s a short walk across fields, then through woods to tiny Helford village, where the thatched Shipwrights Arms does good food and real ales on the waterside.

A week in a cottage for four at Kestle Barton costs from £455; book via forevercornwall.co.uk

On the Kintyre peninsula, the sands of Saddell Bay are tranquil, and the views — back towards the Isle of Arran — inspiring. Overlooking the beach is an Antony Gormley statue and a 16th-century castle, now available to rent through the Landmark Trust. The charity also offers a grand 18th-century mansion sleeping 13, as well as four more modest cottages in the area.

It lacks sand — the beach is pebbly and part-filled by tractors and winches for pulling fishing boats ashore — but Hastings makes up for it with history. Explore the ruined castle, the medieval streets and the Fishermen’s Museum, and stay at the extraordinary timber-framed Tudor House, built in 1588 and beautifully restored by photographer Alastair Hendy. Don’t miss dinner at the Rock A Nore Kitchen fish restaurant, a few steps from the sea.

Three nights at the Tudor House for up to four people from £1,200 (aghendy.com)

Since 1993, Start Point lighthouse has been remotely controlled from Harwich in Essex, which means that the two keeper’s cottages at its foot are now available as holiday lets. They sit at the furthest end of one of the English Channel’s most exposed peninsulas — so although the twee villages of Salcombe and Dartmouth are a few miles along the coast in either direction, a stay here feels wild and remote.

Beacon and Landward cottages sleep six and five respectively, and cost from £636 for four nights — they are among 32 lighthouse cottages now available via Rural Retreats (ruralretreats.co.uk)

The 40-minute flight from Southampton to Alderney, aboard a 19-seat turboprop, sets the tone — the three-square-mile island is a place to escape the crowds and relish an old-fashioned seaside holiday. Stay at the Braye Beach Hotel, whose terrace is literally above the white sands of Braye Bay.

The “new Cornwall” offers some of Britain’s most beautiful coastline, from the huge expanse of sand at Newgale to rocky coves such as Caerfai Bay. Stay at The Grove, a foodie hideaway inland at Narberth, and you can also drive south to gorgeous Barafundle Bay or north for a hike in the Preseli Hills.

Doubles at The Grove cost from £120 (thegrove-narberth.co.uk)

Whitby Abbey, the imposing ruin that inspired Tolkien and Turner, reopens to the public next month with a new £1.6m museum. It dominates a rugged coastline that includes historic towns, fishing villages and the beaches of Runswick Bay, Sandsend and Staithes.

Bramblewick, a cottage for two at Ravenscar with fabulous views of Robin Hood’s Bay, from £1,550 per week (uniquehomestays.com)

The Chequers Inn has been welcoming visitors to Thornham since the 16th century and now offers 11 smart bedrooms and some rather fine food. Walk from the door into the dreamy Holme Dunes nature reserve.

Doubles at the Chequers Inn cost from £120 (chequersinnthornham.com)

The prettiest of Kent’s seaside towns has winding streets of Georgian terraced town houses and fishermen’s cottages, a castle, a pier — and a cool new place to stay. The Rose is an old pub turned into a slick eight-bedroom boutique hotel with food from an ex-Spuntino and Polpo chef.

Doubles at The Rose cost from £100 (therosedeal.com)

If you can ignore the water temperature, the beaches of west Harris — Luskentyre, Seilebost, Huisinis — are Britain’s most beautiful, with white sands, turquoise waters and a backdrop of heather-covered mountains. Stay at Fir Chlis, a cool beach house that sleeps up to eight, or Scarista House, a six-bedroom hotel in a Georgian manse.

Tom Robbins is the FT’s travel editor; he is based in London 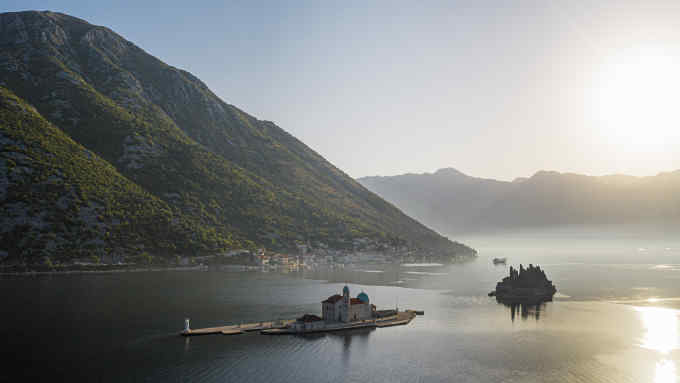