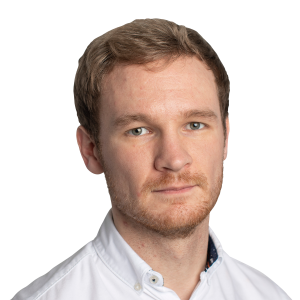 In Germany, lights are being dimmed, showers shortened and swimming pools shut. French drivers have been urged to lay off the accelerator.

As Russia weaponises its energy exports — sending prices soaring and raising the prospect of shortages this winter — Europeans are being asked to do their bit to dial back consumption. In energy-guzzling America, the notion remains politically radioactive.

In a nation described by former president George W Bush as “addicted to oil”, to preach frugality is to sign your own political death warrant.

“In Europe, they’ve said turn down the thermostats and you’ll find your way to freedom,” said Kevin Book, managing director at consultancy ClearView Energy Partners. “President Jimmy Carter put on a cardigan and said the same thing — and he lost his re-election.”

Carter’s Democratic party took only six states in a landslide defeat to Ronald Reagan after the 1970s oil crises derailed his presidency. Memories of him taking to the airwaves in a sweater to ask Americans to “live thriftily” loom large in modern political discourse.

“America is a place where we expect to be able to drive when we want, where we want,” said Book. “Being told that we can’t isn’t a very successful political strategy.”

As the world’s biggest oil and natural gas producer and a net energy exporter, the US is not in the same tight spot as it was in the 1970s. And, unlike Europe, it is not at the mercy of Kremlin supply cuts this winter. But there is a compelling case made by academics and policy gurus for Americans to cut back on energy consumption.

In addition to reducing CO₂ emissions, consuming less petrol would help to bring down the price at the pump — a good thing both for hard pressed US motorists and their counterparts across the Atlantic. Using less natural gas for heating and electricity would free up more supplies to be shipped to Europe (although in the short term liquefaction capacity is almost maxed out) and make it cheaper to do so.

It is the “most efficient and effective” way to tackle a host of issues all at once, said Meghan O’Sullivan, politics professor at Harvard University. “This is something that clearly needs to be part of the policymaker toolkit — particularly at a time when, faced with this panoply of challenges, there are relatively few tools.”

Yet with more miles of paved road than anywhere else in the industrialised world and poor public transport infrastructure, driving is fundamental to getting around in the US. The country accounts for a little over 4 per cent of the global population but consumes around a fifth of the world’s oil output.

Jason Bordoff, founding director of Columbia’s Center on Global Energy Policy, said energy conservation was a “critically necessary tool to deal with real energy shortages”. But he was concerned that calls to cut back can be “perceived as weakness” and “tarnishing American energy dominance”.

US president Joe Biden, knowing that voters would lay the blame on him for high petrol prices, has pulled an array of levers to try and reduce the cost of oil, but none of them have involved asking Americans to cut back.

Asked recently whether a call for demand curbs might soon be on the cards, Biden demurred, insisting that high prices meant Americans were already doing “everything in their power to figure out how not to have to show up at the gas pump”.

US petrol prices broke $5 a gallon for the first time ever last month. At $4.37 this weekend, they have dropped slightly but remain at near-record levels. This is beginning to force some Americans off the roads, data suggest.

“We have rationing in the US — we just do it through pricing,” said Amy Myers Jaffe, research professor at Tufts University. “Prices reach exorbitant levels and the poorest members of society stop driving because they can’t afford to.”