Bioresilience, molecular wellness and laser therapy are all key themes in the pioneering world of preventative health. Time to give your cells a workout

Where immune-boosting might once have meant tinkering at the level of cold baths, off‑the‑shelf supplements or chicken soup, new scientific understanding is being used for a highly bespoke, precision approach to preventative health. Drawing on methods used by NASA and in Nobel Prize-winning research, there’s a world of treatments designed to enhance bioresilience – our physiological ability to withstand threats – and promote “molecular wellness”; in other words, fine-tuning health from our cells up. In boosting cellular fitness, the thinking goes, we enhance everything from immunity to energy and performance, and in turn delay the deterioration associated with ageing.

Keen for enhancement, one dank afternoon I find myself floating as if in space, a brightly coloured laser cannula in one arm and a bespoke infusion of vitamins and minerals being administered through a drip into the other. I have ventured down a spiral staircase behind The Ritz and stepped into the future: the vaults that are said once to have housed Churchill’s wine collection are now home to treatment chambers with space-age equipment done out in the spirit of Barbarella. This is BelleCell – a preventative health clinic whose focus is molecular.

“If you optimise your health from a single-cell level, this will benefit your organs, then your whole body and all your life systems,” says clinic founder Kasia Zajkowska. A Polish bioscientist with multiple degrees, including a masters from Cambridge in molecular biotechnology specialising in genetics, she emits a near-tangible glow of vitality. Her credo is that in terms of wellness, one size can never fit all: “Trying lifestyle adjustments at random can make matters worse; instead, we design a hyper-personalised strategy fitted to your molecular make-up.”

BelleCell’s clients are not unwell; rather they’re an international cadre (film stars, sports players and hedge-fund managers, whose identities are inevitably protected) who want more energy, edge and healthspan (the new longevity). Different levels of membership cost from £1,260 to £31,080 a year for the full bioresilience package, and a panoply of tests is available, including detailed analysis of everything from microbiome to metabolism (how your cells convert fuel to energy), and from the state of your telomeres (the caps at the end of each DNA strand that, like ends on shoelaces, prevent them from fraying) to DNA itself, using tests that determine what foods and exercise will suit or distress your genetic profile. The idea is to understand, then eliminate, stressors: these might be anything from vitamin imbalances, specific lifestyle factors such as stress or coffee, or learning to eat according to your DNA and molecular make-up. Testing might reveal, for example, that you are genetically ill-suited to digest spinach. “It might have seemed an ideal food – but if you ate it often, over time it would wear your system down,” Zajkowska tells me. “If you don’t have to give battle on a molecular level, you can use that energy in your life; if there are no distractions to your immune system, it will be more efficient.”

To supercharge this efficiency comes a programme of treatments (some sessions are included with each membership, and you can buy more treatments as extras) such as the IV laser. This takes place in a “zero gravity” massage chair, where each limb is evenly supported to create a sensation of weightlessness, and is a surprisingly pleasant experience. As I relax, the aforementioned cannula is inserted into my vein, through which an optical fibre shoots light – a tiny lightsaber in my arm. A step beyond infrared saunas or LED masks, “the laser delivers the light energy directly to the bloodstream, affecting the chemical behaviour of our cells”, Zajkowska continues.

Different colours are believed to give different stimulus: red light promises to increase cellular regeneration and reduce inflammation; green light, oxygen uptake in red blood cells. Since the blood takes about a minute to circulate the body, in a 20-minute treatment the blood is exposed to the laser 20 times. Long used in Russia and Germany, IV laser therapy has a beneficial effect on multiple organs and bodily systems, says Dr Rosario Garcia, who also uses it in the Revitalising Medicine treatment that is part of the Healthy Ageing programme (from €7,500 for seven days) at SHA Wellness Clinic in Spain. “Studies accumulated over 30 years show that IV laser can have a positive influence on blood cells, the immune system and on hormones, as well as improved mood,” she tells me.

“Think of light as a language that speaks to the cells, causing them to increase in number or enhance their performance,” says Harvard fellow Praveen Arany, whose own research includes a project with Harvard’s Wyss Institute, using laser light to encourage dental-tissue regeneration. “As such it can have a tremendously wide gamut of possible applications.” With regards to other cell-focused approaches such as hyperbaric oxygen therapy, he adds: “As we learn more about molecular processes, we learn what will trigger beneficial responses, and what can be used for effective treatment. We are looking towards a new era of molecular medicine.”

Beloved by Michael Phelps and Cristiano Ronaldo, hyperbaric oxygen therapy (£160) is Zajkowska’s favourite treatment. You lie for an hour zipped into a white cocoon about the size of an old-school sunbed. The air inside the cocoon is pressurised, and it feels a bit like taking off in a plane. Pure oxygen (up to 97 per cent) is then pumped in. A joyful opportunity to rest, but perhaps not a treatment for the claustrophobic. “The oxygen molecules are squeezed smaller by the pressure, which means they are more readily absorbed,” says Zajkowska. Better oxygenation has multiple benefits, including lowering inflammation, triggering stem-cell production, and encouraging tissue repair. “It’s used for sport endurance and muscle recovery, in recuperation from chronic pain and as a beauty treatment to encourage collagen. It’s also great for jet lag and hangovers.”

Lanserhof at The Arts Club, in Mayfair, now offers a Post Covid-19 Programme, founded on a detailed health analysis that investigates inflammation levels in the cells in the muscles around the heart and in the lungs. Treatments might be bespoke IV infusions or cryotherapy. “The cold is super-effective for reducing inflammation,” says Dr Sebastian Kunz, medical director. “This is important as any inflammation, however mild, will damage your cells.” Three minutes spent in pants and earmuffs in a chamber at -110C sounds extreme, but some patients find it so effective as a means to reduce pain or inflammation that they come in every day.

It’s also worth noting that there’s a device more readily available at home that also encourages cellular regeneration: the vibrating platform Power Plate (from £2,699). Used by Manchester United football team, Serena Williams and Madonna, it is known for intensifying training, and stimulating lymph flow and bone density. And a 2020 study by specialists at Indiana and Florida Universities found it also increases stem-cell levels and lowers inflammation.

For an entirely effort-free training session, however, Eudelo clinic in Vauxhall recently launched a treatment-workout hybrid called Cell HIIT (from £500). Based on research on how cells react to changing levels of oxygen, it is a condensed version of high-altitude intensity training. But instead of hauling up an Alp, you lie on a crisp white bed, feeling only a slight exertion of the lungs when the air is “thinner” and a pleasant ease as extra oxygen is introduced. In terms of atmospheric conditions, “In 50 minutes, you effectively summit a mountain five times,” says clinic founder/medical director Dr Stefanie Williams. “When your blood oxygen reduces from the usual 99 per cent to 85 per cent, that’s where the magic happens.” The hypoxia triggers a process where “damaged mitochondria, the power stations that create energy in the cells, either repair themselves or commit suicide to make space for fresh, new mitochondria. You are regenerating every single cell throughout your body.” Regular Cell HIIT sessions (also known as Intermittent Hypoxia-Hyperoxia Training, or IHHT) are encouraged – initially twice a week and then every fortnight. At the end of each session, clients get a blast of facial cryostimulation, a gust of icy air that reduces the surface of the skin to 5°C (way colder than it gets on the frostiest day), stimulating the skin’s fibroblasts, the cells that produce collagen.

Eudelo’s traditional focus has been skin health, using treatments like lasers and PRP to encourage cell renewal. For Williams, a medical doctor as well as a dermatologist, enhancing systemic health is the logical next step. “This is anti-ageing. This is fat burning. This literally enables your body to make more energy.” A 2019 study done between Ukrainian, US and German research institutions suggests IHHT may even improve cognitive function and slow the development of Alzheimer’s (by decreasing a patient’s circulating biomarkers of the disease).

12 life hacks to boost your mental health
Does your skin need a shrink? 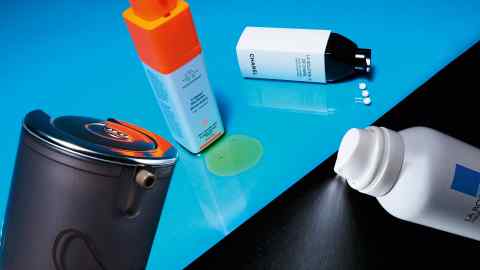 Dr Harry Konig, head of medical care at the storied Baden-Baden health spa Villa Stéphanie, goes further: “We use IHHT in patients in recovery from cancer and to improve immunity. It’s also good for viral infections and post-viral complications and fatigue.”

If cells are our building blocks, the paths to optimising molecular wellness are a central and growing theme in preventative health. “By minimising cellular damage and improving cellular regeneration you can fine-tune your body to perform at its best and most beautiful,” says Zajkowska, “and also, at its most resilient.” 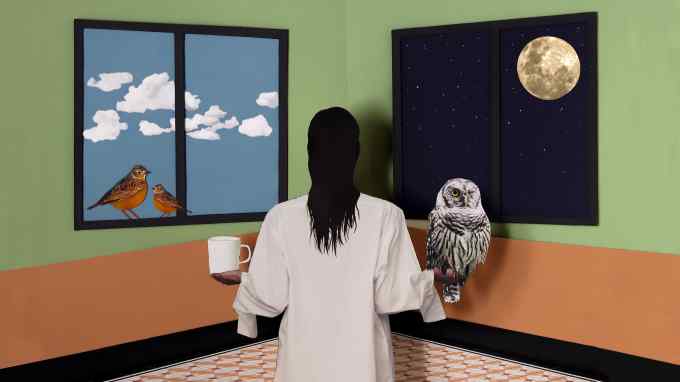