Misinformation on remedies, seeded by officials and fuelled via social media, has had dire consequences for public health

The darkest moment of Brazil’s Covid-19 crisis struck a year ago. Just days after Latin America’s largest nation celebrated the start of 2021, a new strain of coronavirus took hold in the Amazonian city of Manaus, triggering a surge in cases that overwhelmed hospitals and cemeteries.

As oxygen supplies ran out, television cameras captured patients gasping for breath and succumbing to asphyxiation. It was as if “they were drowning”, President Jair Bolsonaro said at the time.

Although the Brazilian air force was dispatched to deliver oxygen cylinders to the stricken rainforest city, government health officials in Brasília offered an alternative recommendation promoted on social media: patients should take what they called “early treatment” medicines, including anti-parasitic drugs such as chloroquine, hydroxychloroquine and ivermectin. The official recommendation to adopt the drugs, which have no proven effectiveness against Covid-19, was among the most egregious promotions of quack remedies by Brazilian authorities to date — but it was not the first nor the last.

Ever since Covid-19 began to spread, the Bolsonaro administration has promoted the cocktails of medicines — known locally as the “Covid Kit” — as part of a misinformation campaign aimed at downplaying the risks of the pandemic. The rightwing populist leader has twice used speeches at the UN General Assembly to tout the drugs. When Bolsonaro himself contracted Covid-19, he posted videos to millions of followers on social media of him taking chloroquine, which is typically used as an antimalarial. He fired one health minister who refused to promote the drug, while another quit less than a month into the job. The campaign’s results have been clear, health experts say: it caused the death of tens, possibly hundreds, of thousands of Brazilians.

“Brazil is a tragic case. We had misinformation being blatantly spread by our authorities,” says Caio Machado, head of the Vero Institute, which tracks misinformation in Brazil. “Bolsonaro was the source of many of the main conspiracy theories that went around. But he brought in all the institutions, he orchestrated the campaigns from the high ranks. It was part of the official narrative. That is why Brazil is one of the worst Covid cases.”

More than 600,000 Brazilians have died from Covid-19 — the second-highest number in the world, after the US. Researchers say the bulk of these deaths should not have occurred. In testimony to a congressional inquiry on the government’s handling of Covid-19, Pedro Hallal, an epidemiologist from the Federal University of Pelotas, said that as many as 80 per cent of deaths could have been avoided if the government had supported conventional measures, such as social distancing and mask use, and had not propagated quack treatment theories.

“We know many of the 600,000 deaths are mainly due to these kinds of things. It is not just the disease [killing us],” says Luana Araujo, a public health consultant at Albert Einstein hospital in São Paulo, who testified at the congressional inquiry.

Bolsonaro latched on to the Covid Kit at the beginning of the pandemic because he refused to countenance lockdowns, which he said curtailed liberties and would cause hardship for many people. Drugs such as chloroquine would allow the economy to remain open, he claimed.

The message was spread publicly, often in official speeches. But it took root in social media, particularly messaging apps such as Telegram, which critics say do little to regulate misinformation. A multitude of groups sprang up, often with thousands of members, to discuss where to buy “early treatment” drugs and what the side effects were.

Decoupled from science, the issue became a political banner for Bolsonaro’s millions of supporters. “You have to remember that Bolsonaro and his camp had really worked to delegitimise the mainstream press in recent years,” says David Nemer, a Brazilian assistant professor of media studies at the University of Virginia. “So, when the press reported that these drugs were ineffective, they said it was just the media lying again. They create their own truths. They only believe what comes from channels they trust.”

Daniela Braga, a 39-year-old baker from Rio de Janeiro, is one such believer. She says she trusts the drugs because the president vouched for them. She takes ivermectin for three consecutive days every two months because she believes it is a prophylactic. She took chloroquine when she contracted a mild case of Covid-19. Her mother and stepfather use both drugs as prophylactics. “They go everywhere — they enter supermarkets, malls, everything. And they didn’t get contaminated,” Braga says.

Public health experts say this mentality is often the real risk of the drugs, not necessarily the side-effects, which in the case of chloroquine can include heart rhythm problems. Having taken the medicines, users feel emboldened to disregard other precautionary measures. “They don’t use masks, they go to crowded places — it is even to the point where they don’t take the vaccine,” says Luiz Henrique Mandetta, who was Brazil’s health minister at the beginning of the pandemic but was fired following tensions with Bolsonaro over how to respond to the disease.

Speaking to local media, Christos Christou, international president of medical aid charity Médecins Sans Frontières, said no other country had demonstrated the same predilection towards quack remedies as Brazil. His message is borne out in research on the impact of misinformation. In a comparative study of 70 countries, Caio Machado found that in Brazil — as well as India — misinformation lingered longer and resonated more in the public debate.

“Brazil and India were way out there — completely separated,” he says. “While other countries had peaks with misinformation — things appeared and would move on — in Brazil we kept fighting chloroquine.” He adds that it was because “people had a political affiliation to chloroquine”.

Araujo says Brazil is fertile ground for misinformation because of decades of neglect of investment in education. “Our education was never a priority for any government,” she says. “The Covid crisis only pinpointed how deep our educational problems are and how difficult it is for many people to understand basic concepts. Worse than that, it highlighted how easy it is to manipulate a desperate population.

“Bolsonaro was elected in 2018 as a saviour figure because most people were not satisfied with the previous governments. When you have a figure of power like that, and add it to a population with a low education, along with a global crisis, which naturally generates a lot of questions, that is a very complicated scenario.”

Despite the impact of misinformation on the country’s Covid-19 response, experts have been heartened by the failure of the anti-vaccination movement in Brazil — widely attributed to the nation’s longstanding prowess in not only distributing jabs, but promoting their use through public campaigns. Although Bolsonaro has himself publicly refused to be vaccinated, the number of doses administered in Brazil is the fourth-largest of any country, according to Our World in Data figures. The city of São Paulo says it has vaccinated its entire adult population. “Brazil had a long culture of getting people vaccinated. It is something that society embraced well,” says Nemer. “Even those who aligned themselves with the right saw the amount of fake news circulated about [this] and saw there was something wrong here. That helped create some media literacy towards misinformation. [But] I don’t think it is enough to change ideology.”

Thatyana Borges Machado, a nurse in Manaus, says sometimes the pregnant women she cares for are unvaccinated because they are “afraid that the vaccine will alter their DNA”.

“Usually, they don’t have much education and have little access to information,” she says. “I tell them that they have to be afraid of not taking the vaccine — the baby doesn’t choose whether to take it or not, but they can choose to save their own life and the baby’s life. In the next appointment, they come back vaccinated.” 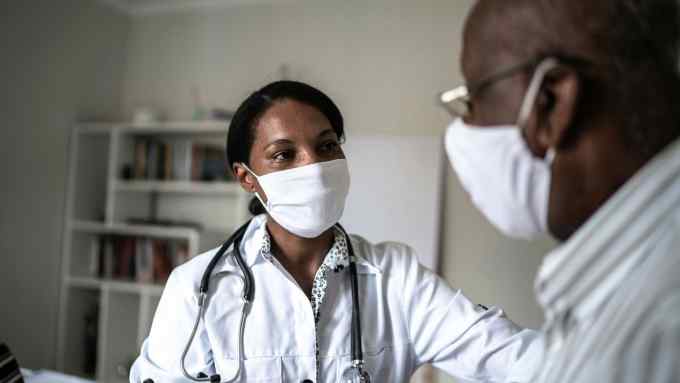