Reddit’s Wall Street Bets crowd may once have vowed to take meme stocks “to the moon”, instead they and the exchange traded funds that focus on them have been eclipsed by steady, boring earthbound investments.

“These funds offer narrow highly targeted exposures, which bring with them the potential for stomach-churning levels of volatility and anyone contemplating an allocation must be fully prepared to buckle in for the ride,” said Kenneth Lamont, senior fund analyst for passive strategies at Morningstar.

“This is an investment strategy that has fizzled out in 2022,” said Todd Rosenbluth, head of research at ETF Trends. “A meme approach to investing is a risk-on approach that is not working [this year].”

MEME holds an equal-weighted portfolio of 25 US stocks that “exhibit a combination of elevated social media activity and high short interest”.

It is predicated on the idea that platforms such as Twitter, Reddit, Discord and StockTwits have amplified investors’ ability to consume and share research and investment ideas.

Its underlying index is rebalanced every two weeks based on the number of mentions on selected social media platforms over the previous 14 days.

The fact that it still holds GameStop and AMC, alongside the likes of Rivian, Beyond Meat and Robinhood, shows that these stocks are still foremost in many social media users’ thoughts.

Similarly, BUZZ makes a beeline for the 75 large-cap US stocks, “which exhibit the highest degree of positive investor sentiment and bullish perception based on content aggregated from online sources including social media, news articles, blog posts and other alternative data sets”. It is reconstituted on a monthly basis.

Its current portfolio is a mix of large tech companies such as Meta Platforms, Apple and Amazon and the familiar meme stocks — none of which have performed well in recent months.

SFYF targets the 50 most widely held US stocks in self-directed brokerage accounts on the Social Finance trading and investment platform, rebalanced monthly.

Its largest holdings are again a mix of tech and meme names, led by Apple, Tesla and Rivian, with the latter at 6 per cent despite it not ranking among America’s 300-largest companies.

“An overweight to Rivian has been the single biggest contributor to both SFYF and MEME’s tumble this year,” said Lamont, although this was far from “a single-stock story”.

“These ETFs are by design high beta, outperforming the market in bull markets and underperforming in bear markets, and [are] long the momentum factor,” Lamont added.

Elisabeth Kashner, director of global fund analytics at FactSet, agreed, saying “at the simplest level, these funds are performing as designed”.

“They are designed to home in on a very narrow niche in the market. They are seen as wealth-building opportunities if you can find the right theme at the right time, but there is such a thing as having the wrong segment at the wrong time . . . If you play with sharp knives, sometimes you are going to get cut,” she added.

Rosenbluth pointed out that investors this year had been rewarded for more defensive equity strategies that tended to be slower growing, dividend payers, or companies in utilities, consumer staples or the energy sector. “These [meme-themed and social media] funds don’t tend to have much exposure to these sectors, so they are struggling.”

There is one exception to the trend. Unlike its rivals, Tuttle Capital Management’s FOMO ETF (FOMO), which seeks to reflect current or emerging trends, is actively managed. And unlike them, it is down only 18.6 per cent.

With assets in freefall, Lamont suggested some may not survive for much longer. “If history is any marker, then the low survival rates of such niche offerings doesn’t inspire confidence,” he said.

However, Will Hershey, co-founder and chief executive of Roundhill Investments, said he had no plans to close MEME.

“We have only had the fund launched for six months, so we are going to give it a shot,” said Hershey, although he admitted: “We are losing money on the fund, there is no way of hiding from that.” He said an ETF needed to raise “close to $30mn-$40mn to break even”.

He insisted MEME still served a purpose as a “short-term speculative trading vehicle”.

“In many ways it’s meant to be a trading vehicle rather than a long-term buy and hold. There are periods in the market when companies that are being talked about on social media and have very high short interest perform very well. People can capture these periods of euphoria and go long or short it,” he added.

For her part, Kashner was disparaging about the stratospheric return-chasing common to moonshot funds.

“We have known for a long time that there’s a significant need for financial education, certainly in the US, but also more broadly,” she said. “Investors that don’t have a financial background are more prone to being persuaded by messages about potential upside”. 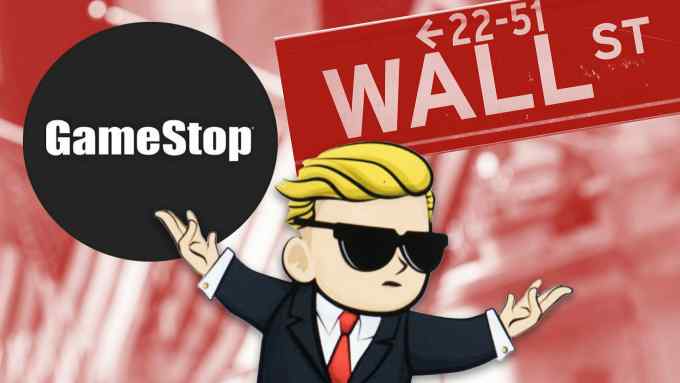