Many women in the country remain uninformed about periods, but a social media-based project is targeting the problem

Saba Khalid has set herself the goal of breaking some of Islamic Pakistan’s long-held taboos with the help of the internet, smartphones and WhatsApp.

“Technology offers a sense of comfort,” she says of the work of Aurat Raaj, her Pakistani social enterprise. It educates women and adolescent girls about menstruation by means of audio messages sent via the WhatsApp social media platform.

Three years after Khalid, a journalist turned social entrepreneur, launched Aurat Raaj, she believes “there is a change of views coming” among communities in Pakistan’s southern Sindh province, where her service operates.

Though still short of meeting its objective of seeing information on menstruation included in Pakistan’s school textbooks, Aurat Raaj has come a long way, Khalid says.

Rather than treating periods as a matter of shame, she and 30 field workers — so-called menstrual champions — spread their message about periods as a healthcare matter.

Aurat Raaj says it has reached at least 50,000 women through urban and rural campaigns, as well as podcasts and gatherings known as period parties.

Internet coverage in the region is patchy, so recorded messages in the native Sindhi language, rather than live content, are sent to the menstrual champions. These cover topics such as instructions on making sanitary pads with locally available cloth and the sanitisation of pads for reuse.

For Shaiwana Nasir, a menstrual champion based in Sukkur, 350km north-east of the port city of Karachi, making inroads into communities is a gradual process. “It’s a sensitive subject. People became offended when they were first approached,” she says.

The other challenge was the low level of smartphone ownership among women in the roughly 50 villages in Nasir’s area of responsibility. “We had to first convince village elders that this was an essential service. Once we gained acceptability, we were able to enrol local women in our sessions,” she says.

Each menstrual champion sets aside a room, typically in their home, where women gather to hear audio messages and participate in group discussions.

Breaking taboos around menstruation in rural Sindh has been difficult, because of the deeply conservative values many residents hold. Similarly, on matters of sex and birth control, the challenge was evident at a clinic in Karachi, where a doctor saw a woman in her mid-twenties who was in her seventh pregnancy in as many years of marriage to a truck driver.

The couple and their six children live in a two-room slum in Lyari, one of Karachi’s poorest neighbourhoods, where waterborne infections and other ailments are rife. “I told [the patient] that her life will be in danger [if she has more children], but it’s the same reply as I have heard from other patients — the husband doesn’t agree,” the doctor says.

The challenge of discussing sex-related issues is greatest among Pakistan’s uneducated poor — almost one-third of the population lives below the poverty line — but women from middle- and upper-income households also face obstacles in accessing such information. “In many homes, irrespective of their income level, women are under pressure to have more children,” the doctor adds. “The ideal of a two-child home is disregarded because families and husbands insist on large families.”

Khalid, however, remains optimistic. Although the Covid-19 pandemic forced Aurat Raaj to scale back meetings last year, the platform has since returned to its regular schedule, and the number of menstrual champions is set to rise to 100 in Sindh. Khalid is also hoping to expand Aurat Raaj’s services into Punjab province, which is home to some 60 per cent of the country’s population, and to send out its messages in local languages such as Punjabi and Pushto.

Menstruation is a sensitive subject. People became offended when they were first approached

Aurat Raaj, whose donors include the UN Children’s Fund, UN Women, the BMW Foundation and the Vodafone Americas Foundation, is not alone in its push to disseminate information about sexuality in conservative Pakistan.

Women activists say such developments can have a positive impact in Pakistan, where private television channels and the internet have broadened available content in recent years.

Khalid and her team, however, are focused on addressing the information gaps that still prevail across Pakistan for many women. She notes an extreme example in the Kalash Valley, a popular tourist area in Chitral, a district in the north of the country.

Menstruating women in that area must leave their homes and relocate to a dedicated house until their period is over. “My aim is to reach out to them [Kalash] and understand why this practice [of a separate house] prevails before thinking of a solution,” Khalid says. 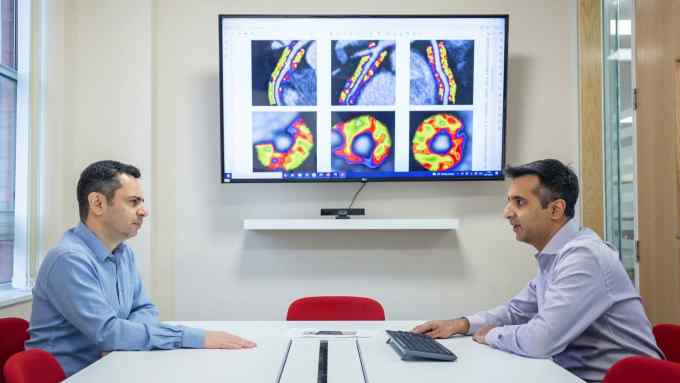