The FT Financial Literacy and Inclusion Campaign: Courtney Love and other reader responses

Rock star Courtney Love is known for many things, from punk music and Hollywood roles to her tempestuous marriage to the late Kurt Cobain.

But an interest in financial literacy is not normally associated with a singer who once said: “I am not a woman. I am a force of nature.”

So it was to the surprise and delight of folk at the Financial Times that Love went on Instagram and Facebook this week and endorsed the FT’s newly launched financial literacy campaign.

Love wrote about last week’s FT Money cover story that described the difficult lives of poorer people in Middlesbrough and the links between poverty, debt and weak financial literacy.

“I read a thing on horrible financial literacy rates in the @financialtimes today,” she posted, highlighting “the cycle of poverty in ‘the poorest town’ in the UK.”

She then admitted she had wrongly answered a question about interest rates in an accompanying financial quiz. Apparently exasperated, she commented: “I am so over being financially illiterate.”

I take that as a vote in favour of the FT Financial Literacy and Inclusion Campaign (FT FLIC), which targets both schoolchildren and adults.

Love is in good company, as hundreds of readers sent their support through comments on the FT website, in emails and on social media — as well as many of those who attended a financial literacy panel at the FT Weekend Festival. 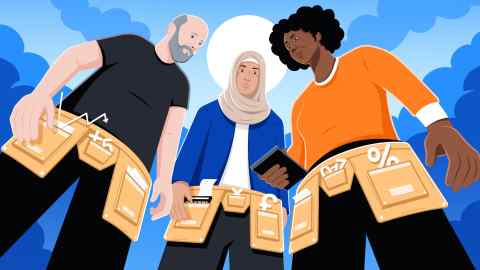 Some readers are already offering to help, among them Tony Mallin, chair of Star Capital Partners, who comments: “The FT should . . . solicit the financially educated readers to volunteer to deliver the programmes in schools. I bet you will get thousands of volunteers to do this. I will put my hand up to start.”

But as well as enthusiasm, the FT FLIC launch is rightly generating debate about the causes of financial illiteracy, especially among poorer people, and what to do about it.

In his article, Patrick Jenkins argued that the roots are complex, involving deprivation, limited education and inadequate financial knowledge. He wrote: “Fixing economic deprivation is a mammoth task, but assisting with basic financial education — to boost budgeting skills, debt knowhow and investment nous — need not be. And yet basic financial understanding can make a vast difference — not just to poorer communities . . . but to anyone in virtually any circumstance.”

This claim was challenged by some readers who said that financial education cannot help poorer people much. The problem is not a lack of money skills but a lack of money.

Simpleton writes: “I applaud the intent here, but no amount of financial literacy training is going to address the fundamental fact that for many of those on low incomes in the UK, wages simply don’t meet the cost of living.”

Others went further, pointing to the inequalities which, they argue, keep the poor in poverty, even when they do find jobs. Christoph comments: “Work doesn’t pay, assets do. So convert as much of the proceeds of your work into assets as you can, safe in the knowledge that central banks and governments underwrite markets to protect the wealthiest among us.”

Some readers claimed people with money troubles are responsible for their own difficulties. Unimpressed writes: “A lot is down to the culture of instant gratification. It seems that few of us would be able to live as earlier generations did — saving up for things rather than buying on what used to be called ‘the never-never’.”

Others blamed financial companies for burdening customers with complex paperwork and charging too much, especially for credit. Jargon Man comments: “Perhaps it’s me but so-called simple products can be hideously complex.”

All these points carry weight. Our unequal society has yawning gaps between rich and poor which won’t be closed by lessons in compound interest.

But that doesn’t mean that improving financial literacy among low earners will have zero impact. Also, who knows how successful the lobbying campaign that FT FLIC is preparing will be, if others buy in? Perhaps it can stir consciences and rattle a few cages, not least in the finance industry.

However, a lot of thought has to go into what is taught and how. Twicks, commenting on our story, warns that research shows that “unfortunately” financial training works only “in very limited circumstances” and cites a 2014 paper by Daniel Fernandes and others.

The paper’s authors say: “Like other education, financial education decays over time; even large interventions with many hours of instruction have negligible effects on behaviour 20 months or more from the time of intervention.

The same might of course be said of many training schemes. Nobody wants to attend parent-to-be classes until they’re expecting a baby.

The FT campaign intends to concentrate less on younger children than on older teenagers and adults, which should mean advice is offered to people in a position to act on it.

This focus strikes a chord with some. Krowten comments: “This literacy campaign needs to . . . give the target audience concrete tools and recipes for everyday financial problem-solving, as well as for medium and long-term perspectives of money.”

When working abroad, I was struck by how much higher numeracy levels are in some other countries, notably in Japan

Other readers insist that at school, at least, basic numeracy is more important. Socially distance comments: “Half of adults in the UK cannot answer 11+ maths questions. And 25 per cent of adults have their careers limited by insufficient mathematical ability. So let’s focus on improving people’s maths before financial literacy.”

I agree — in part. My children benefited from numeracy training that ran alongside their maths lessons at school. When working abroad, I was struck by how much higher numeracy levels are in some other countries, notably in Japan, including among people with limited education. Shop assistants, for example.

And not just for the poor. The campaign also targets the better-off. As reader KateOK writes: “You can waste and lose any amount of money if you are financially illiterate.”

Courtney Love is a case in point. A wealthy adult, who has fought more than a few financial court battles, she clearly feels she has much to learn about money. Many of us feel the same. 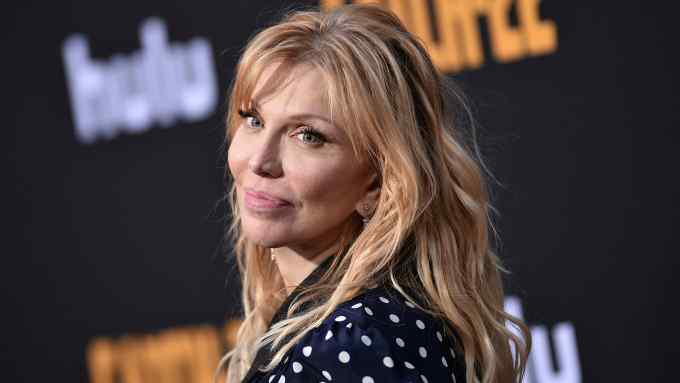