Whenever companies address their climate impact, they tend to review their own immediate operations. But widely accepted science-based targets — emissions reduction goals based on the 2015 Paris climate change accord — also hold them responsible for the greenhouse gases that are generated in their supply chains.

Not only does this widen the scope of measurement, but it also presents a much bigger challenge.

“For the vast majority of companies, their own operations will be a small proportion of their total environmental impact,” says Tom Delay, chief executive of the Carbon Trust, a London-based non-profit climate consultancy. “So the supply chain is arguably more important.”

This new and tougher reality is dawning on more companies as they work on achieving net zero — or carbon neutrality — a goal that includes Scope 3 emissions, the greenhouse gases emitted through their supply chains and once their products are in use.

At Swiss pharmaceutical company Novartis, suppliers — which range from producers of ingredients, materials and finished goods to transport and real estate businesses — generate just over 90 per cent of its Scope 3 emissions, according to Montse Montaner, chief sustainability officer.

Similarly, supplier emissions make up about 80 per cent of Verizon’s total, says James Gowen, head of supply chain operations and chief sustainability officer at the US telecoms company. “We’re a large company but, if you look at the total value chain, Scope 3 is where the biggest percentage is.”

Suppliers may have different ways of accounting for their climate impact

The complexity of today’s corporate supply chains is hard to overstate. A large company may have thousands of suppliers, mostly small, in dozens of countries. “It’s the most challenging area as it’s so decentralised,” says Gowen. Most of these suppliers are part of other supply chains, providing goods and services to other buyers.

“We don’t have legal control over these companies,” says Patrick Flynn, vice-president and head of sustainability at US software provider Salesforce. “But we are inseparable from them in terms of our business impact.”

This interconnectedness demands a form of collaboration between competitors that would once have been unthinkable, says Simon Fischweicher, head of corporations and supply chains for North America at non-profit organisation CDP — formerly the Carbon Disclosure Project — which helps companies report their climate impact.

“There’s the competitive capitalistic approach,” he explains. “But, also, an understanding that tackling systemic issues like climate change is something you need to do as an industry.”

For Gowen, the shift is significant. “If you’d told me 20 years ago that I’d be sitting at a boardroom table with a vice-chair from Deutsche Telekom and a [company] secretary from AT&T, all talking about global solutions, I’d have said you were crazy,” he says.

However, before companies sit down with competitors, the scale of their supply chains demands they identify priorities. “One thing is to understand your suppliers and where the emissions are the greatest, but also where the potential for reduction is largest,” says Giulio Berruti, who leads climate work in Emea for BSR, a corporate sustainability advisory.

That requires reliable, consistent data. Here, again, the task is daunting, because suppliers may have different ways of accounting for their climate impact. This results in data that are not standardised, comparable or similar in quality.

“The data challenge is still huge,” says Berruti. “Without a system that’s more automated and transparent between one buyer and another, it will be a very hard nut to crack.” 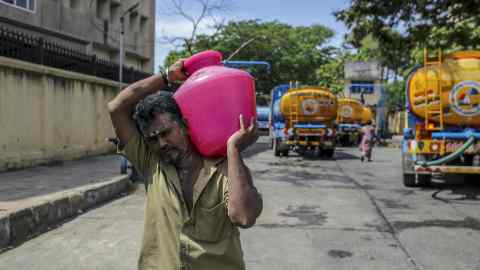 In the meantime, says Delay, companies can help suppliers by making it simpler and faster for them to input data. “You’ll end up not only with something that’s easier to do but something that gives you a better and more reliable answer,” he suggests.

Companies can also use their buying power to persuade suppliers to fall into line. “We’ve developed what we call our ‘green expectations’ framework — providing our commitments and what we expect from them but, at the same time, providing materials and education to help them understand what needs to be done,” explains Montaner at Novartis.

In April, Salesforce went further, by including climate requirements in standard purchasing agreements. Its suppliers must now set science-based targets, report on emissions, develop environmental improvement plans and deliver goods and services on a carbon-neutral basis, Flynn says. Those that do not comply face payment penalties.

However, he stresses that Salesforce will support suppliers in meeting the requirements.

“We’re looking to understand what they’re doing and how we can help,” he says. “It’s an exploration and a call for collaboration and partnership — and signalling where we want suppliers to go.”

This may take some time. In CDP’s 2019 global supply chain report, only 35 per cent of suppliers had a structured carbon reduction target, of which just 3 per cent were science-based.

Yet amid the challenges are opportunities: the report also found suppliers’ collective emission reductions led to $19.3bn in savings. 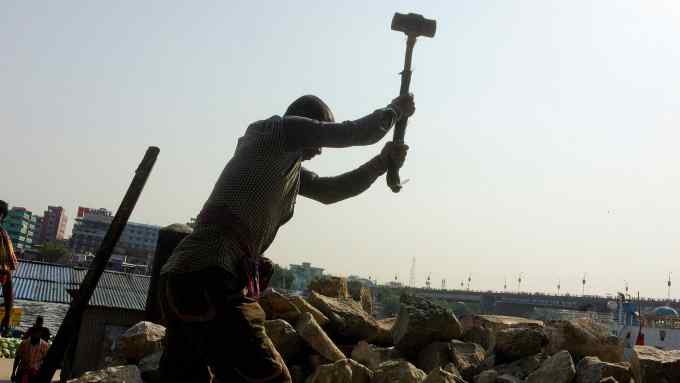