US Treasury undersecretary has struck a sceptical tone on multilateral institutions

The US is narrowing its list of potential nominees to lead the World Bank, with David Malpass, a senior Treasury official with sceptical views of multilateral institutions, emerging as one of its finalists, people familiar with the matter said.

Among the other possible contenders is Ray Washburne, the head of the Overseas Private Investment Corporation, the US government’s development agency.

Mr Malpass, who currently serves as the Treasury’s undersecretary for international affairs, would be a controversial nominee among some US allies, given the sceptical tone he has struck on multilateral institutions.

In December he complained in a congressional hearing that China had made “substantial inroads” into the multilateral development banks. In late 2017 he said “globalism and multilateralism” had “gone substantially too far, to the point that they are hurting US and global growth”. He has also pushed for the World Bank to cut its lending to some of the larger developing economies, including Brazil and China.

“Malpass would represent a remarkably hostile choice to run the institution,” said Scott Morris of the Center for Global Development, a think-tank in Washington. “His views are fundamentally misaligned with those of the bank’s other shareholders.”

News in-depthWorld Bank
Who’s in the running for the World Bank presidency? 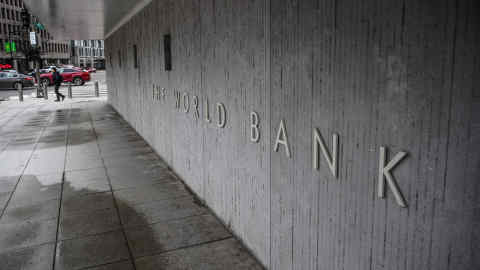 Jim Yong Kim this month triggered a succession race at the helm of the World Bank when he abruptly announced he would be leaving his post as president on February 1, three years earlier than planned.

The Trump administration’s views will be pivotal in determining the outcome of the contest. Since the World Bank was established in the aftermath of the second world war it has always been led by an American, while the International Monetary Fund, its sister organisation, has been led by a European.

In recent decades that informal arrangement has come under increasing strain as a result of the growth in influence and size of developing economies. But the Trump administration appears determined to maintain its sway over the nomination process.

The board has said nominations to replace Mr Kim could be submitted between February 7 and March 14, which it would then evaluate. Steven Mnuchin, the Treasury secretary, has been spearheading the US search for Mr Kim’s replacement, assisted by Ivanka Trump, the president’s daughter.

Mr Malpass’s position on the final shortlist was first reported by Bloomberg. The White House did not immediately respond to a request for comment.

In recent months, after Mr Malpass helped negotiate US support for a $13bn capital increase at the World Bank, he has become less strident in his criticism of the institution, arguing that he is looking for ways to reform multilateralism so it can succeed where it has failed in the past.

Malpass would represent a remarkably hostile choice to run the institution

But his possible nomination would likely raise eyebrows in many countries. Like other possible Trump nominees, including Mr Washburne, Mr Malpass’s views on the World Bank’s investments in climate change initiatives would be scrutinised, given the US president’s scepticism of global warming.

Although Mr Malpass had previously served in Republican administrations before Mr Trump, both at the state department and the US Treasury, he has no direct experience in development — although he did have a long stint on Wall Street as chief economist at Bear Stearns, the investment bank that collapsed during the financial crisis.

In that role, he wrote an opinion article in The Wall Street Journal in August 2007 saying there should be “no panic” about the credit markets, which has been seized upon by his critics.

“Main Street is not that fickle. Housing and debt markets are not that big a part of the US economy, or of job creation. It’s more likely the economy is sturdy and will grow solidly in coming months, and perhaps years,” Mr Malpass wrote.