When Alexandria Ocasio-Cortez walked the Met Gala’s red carpet in a bespoke dress emblazoned with the words “Tax the Rich”, it sparked a media storm (“Ultimate Fashion Statement or Display of Hypocrisy?” was one headline). Time magazine named its designer, Aurora James, one of the 100 most influential people of 2021. This year, James has only accelerated that trajectory.

Born in Canada to a Ghanaian father, who died when she was seven, and a Canadian mother, James began her career at Fashion Television, the nightly weekday broadcast anchored by journalist Jeanne Becker. In 2013 she launched Brother Vellies, an accessories and lifestyle brand, initially working with African artisans, for which she received the 2015 CFDA/Vogue Fashion Fund Prize. Beyoncé, Serena Williams, the Duchess of Sussex and Zendaya have all worn pieces from the label’s eclectic collections, which include the hyper-modern, thigh-high neoprene Brandy boots ($965) and the soft leather Vellies (from $265).

I meet James over breakfast in New York, at the Bowery Hotel. She is wearing a smart black blazer and sharp heels. She describes the brand’s namesake Vellies as “fascinating shoes... that evolved in Southern Africa, were discovered by the British, and then inspired the Clarks desert boot. Hundreds of millions of dollars were made while erasing black people from the proposition.” In many ways, the boots epitomise her intention: to empower the producer, protect manufacturers and promote new narratives in fashion. In 2015 the company added handbags and now an online “bodega” sells lifestyle finds – from hand-carved Malindi combs made in Kenya ($85) to a fluffy neon-green Lijadu Bird bag ($1,395).

In September 2020 James appeared on the cover of US Vogue as part of a special two-cover issue painted by artists Jordan Casteel and Kerry James Marshall. “I was floored,” she says. “I am forever honoured and proud to have sat in front of their canvas.” At the time, Casteel said: “I believe that what Aurora is doing is hugely important in creating the long-term change that black people deserve and this country owes us.”

Recent years have seen her becoming more political. James launched the Fifteen Per Cent Pledge in 2020 in response to the murder of George Floyd. Founded as a non-profit organisation, the pledge commits retailers to give black-owned businesses 15 per cent of their shelf space. Sephora and Rent The Runway were early sign-ups, and so far 28 brands including Vogue and MatchesFashion have taken the pledge. In the two years since its creation, the pledge claims to have diverted over $5bn in capital to black entrepreneurs in the United States.

“[Fashion] is part of how women adorn their bodies,” says James. “It’s how they express themselves across cultures. It’s also their dog whistle at certain times.” She takes pride in the stories of Brother Vellies customers who recognise one another: “We can see each other and know a person is a kindred spirit.”

Expanding the business is about more than numbers. She recently appointed CEO Behnaz Ghahramani, previously chief marketing officer at Stuart Weitzman. “When I say ‘grow the brand’, I also mean its influence, its story and its ability to make people rethink the structures considered to be the norm,” she says. “I think I have a responsibility to make sure that the brand is in every woman’s closet across America. It’s not just about the shoes – it’s also, how do we put these values in everyone’s closet?

“What really inspires me is continuing to take market share from people who I think are not being thoughtful,” she explains of her current focus. The inaugural Fifteen Per Cent Pledge gala – theme: “Black Tie, Black Designer” – in April honoured model Iman and politician and activist Stacey Abrams, and marked a new direction for the initiative by introducing a Google-powered database of 1,600 black-owned brands who are given special access to marketeers, investors and consultants. Vogue European editorial director and editor-in-chief Edward Enninful referred to the pledge as “the sort of tangible change that can have a real impact on society.”

James is no doubt a visionary. “You really have to keep your eyes on the future and continue to push forward and rethink certain things,” she says. “If you look at Brother Vellies, and then at the Fifteen Per Cent Pledge, it’s the same exercise: what does it mean to work with people in a real way who have been historically excluded from the conversation? What does it mean to open the door and let those people in instead of just admiring them through the window?” She’s unafraid of moving quickly or of what other people think. “The world is always growing, and if you don’t change the law, you’re going to end up like Blockbuster.” 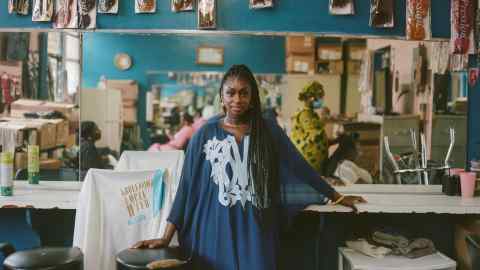 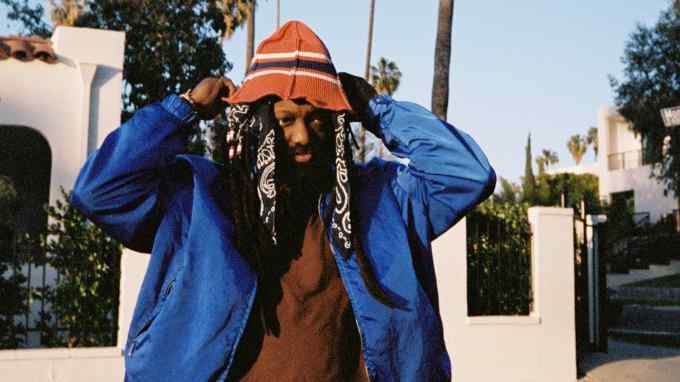