Government emphasis on high growth enterprises has intensified, but results are mixed

When Ali Shah arrived in the UK in 2002, he spoke no English, had no money and had no experience of the local travel market. He found employment for a while as a security guard.

Having worked in a travel business in his native Pakistan, he set up an online travel agency — then a novel concept. Now his company TravelUp, based near Reading, has 60 staff and handles more than £300m in annual bookings.

“I always dreamt that I wanted to be the next Expedia. I have always aimed the highest,” Mr Shah says. He hopes to raise bookings above £1bn in three years. When Thomas Cook collapsed, he gained a sales lift with an advertising campaign encouraging those affected to book their next holiday with TravelUp.

The UK government promotes such scale-ups, or high-growth enterprises, in its industrial strategy. Research shows that while the UK is the third-best country in the OECD at starting businesses, it is 13th at seeing them grow to at least 10 employees within three years.

Scale-ups are on average more productive, innovative and create more high-quality jobs than less ambitious businesses. That is important as the UK’s productivity — which has been low since the financial crisis — has worsened as a result of Brexit uncertainty.

High-growth businesses occur in all sectors, not just high-tech; they can be older companies putting on a growth spurt as well as recent start-ups, and are spread across the country.

Official emphasis on scale-ups has intensified over the past five years, but the results are mixed.

The Enterprise Research Centre (ERC), an institute formed by several universities, reported that the number of high-growth enterprises — those inc­reasing headcounts by at least 20 per cent each year for three years — dipped from 11,855 in 2012-2015 to 10,968 in 2015-18, which it attributed to Brexit uncertainty. The proportion of high-growth businesses among all companies fell from 7.5 per cent to 6.2 per cent over the same period.

The ScaleUp Institute, a not-for-profit company that encourages fast-growing enterprises, reported that scale-up businesses increased by 35 per cent to 36,510 between 2013 and 2017, employing 3.4m people. However, it too found a slowdown in the latter year and preliminary data for 2018 suggests a decline.

The ERC and the institute use the same Office for National Statistics data, but the institute includes businesses that expand turnover rather than only those that increase employment.

In a survey by the institute, six out of 10 scale-up business leaders expected Brexit to have a negative impact on their business, while one in 10 expected it to be positive.

Irene Graham, the institute’s chief executive, says: “We need to make sure that what is starting to take effect really does get embedded and is sustained.”

Factors holding back scale-ups, ac­cording to the institute, include shortfalls in talent and skills, access to mark­ets at home and overseas, opportunities to develop leadership, a need for funding and lack of flexible infrastructure.

There is also the private sector’s £2.5bn Business Growth Fund, established after the financial crisis by a group of banks, which takes stakes of up to £10m in growing companies.

England’s local enterprise partnerships, along with devolved governments in other UK nations, are focusing on scale-ups. However, Mark Hart, the ERC’s deputy director, and professor of small business and entrepreneurship at Aston Business School, says: “Scaling as an agenda is correct, but local enterprise partnerships and growth hubs in England are totally under-resourced.”

Prof Hart believes scale-ups can make a significant contribution to productivity, though that is a “slow-burner”. He helped to devise the Goldman Sachs 10,000 Small Businesses programme — a coaching scheme — and finds that productivity often improves in years four and five for companies involved.

Ms Graham points to evidence that on average scale-ups are about 40 per cent more productive than their peers and that in 2017 they generated £1.3tn in turnover out of £1.9tn for all UK small- and medium-sized enterprises.

Ms Graham adds that scale-ups tend to be internationally focused and innovative: “There is a huge payback for this country if we get it right.” 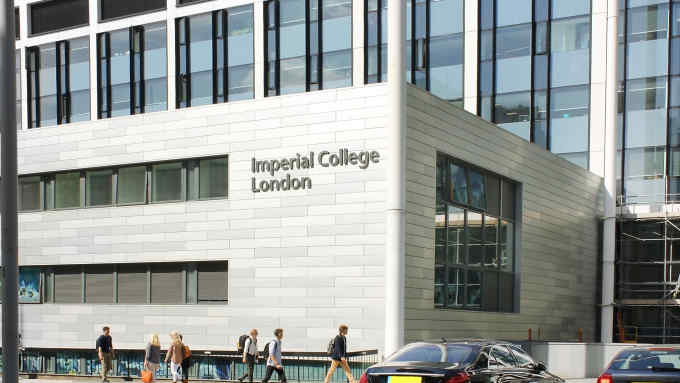 The role of small and medium-sized businesses as creators of wealth and jobs has become increasingly important to the UK economy as lawmakers focus their attention on issues such as Brexit. The EY UK entrepreneur of the year award for 2019 recognises the excellence in both business and social enterprise of these innovators