‘I knew the future was ecommerce’: Great Deals CEO on topping FT ranking

Philippine ecommerce enabler has regional expansion in its sights

Steve Sy, founder and chief executive of Great Deals E-Commerce Corp, is a successful entrepreneur, but his resilience was tested early on in his career.

In the early 2000s, at the age of 27, Sy had accumulated around $640,000 in debt — the result of several business decisions that went awry. He remained in debt for 12 years before his luck changed.

After moving into insurance, he built and subsequently sold a brokerage business. The proceeds of that sale gave Sy enough capital to start a mobile phone accessories business, which was the inspiration for creating Great Deals E-Commerce Corp. The ecommerce company tops this year’s FT ranking of high-growth companies in Asia Pacific, compiled by research company Statista.

“We are like an e-distributor and e-retailer rolled into one,” he explains.

The “lightbulb” moment for Great Deals came when he was having trouble shifting about a thousand portable chargers from his mobile phone business, and decided to sell them on Lazada, an online shopping platform. “They were all sold in just one day. I knew the future was ecommerce.”

Looking back, Sy says he was a different person during his early years of debt and his brush with business failure: “The problem was greed and also being naive with people — that compounded my debt.”

Guidance from a mentor helped him to get back on track.

“Nurturing people and setting ambitious goals while still supporting them, I would say I was able to build a good brokerage,” he explains.

Those early setbacks in his career were formative, says Sy, as they taught him to deal with adversity and meant he was better placed to make Great Deals a success. The company began trading in 2014 with just eight employees and was incorporated in its current guise in 2017.

Today, it employs more than 1,000 staff and serves a roster of multinational companies in the Philippines that includes Unilever, P&G, L’Oréal and Nestlé. Its channel partners include ecommerce and online shopping companies, such as Lazada, Shopee and Zalora.

According to Statista, the company had a compound annual growth rate of 571 per cent between 2017 and 2020. Sy says revenues reached $130mn last year, up from about $88mn in 2020 and growth looks set to continue.

This year’s presidential elections in the Philippines will boost consumer spending amid electioneering and put the company on track for a listing within three years.

In May 2021, at the height of the pandemic — when Sy also contracted severe Covid-19 — the company raised $30mn in a Series B funding round led by Philippine logistics behemoth Fast Group and British private equity firm CVC Capital ­Partners.

Private equity fund Navegar, which led the Series A round, also participated in the latest capital raising. The decision to work with Fast Group was pivotal, says Sy: “We have been able to merge our adaptiveness with their multigenerational logistics experience.”

Sy credits team effort and the company’s expertise in fulfilment for withstanding one of the world’s most stringent lockdowns. Great Deals now has one of the largest fulfilment ­centres in the Philippines and is creating regional fulfilment centres in key cities, which will dramatically reduce shipping costs.

The company secured its first multinational client, Reckitt (then known as Reckitt Benckiser), in late 2016. The results with Reckitt provided the motivation to approach other multinationals in the Philippines. “In just five months, we were able to increase their sales by 500 per cent,” says Sy.

Great Deals was a rare company in the Philippines to secure Series B financing and Sy is working towards a Series C round in the next two years.

Sy’s goal is for Great Deals to become south-east Asia’s number one ecommerce enabler — like a version of Alibaba for the Philippines — and regional expansion is high on the agenda.

He aims to create satellite operations in Indonesia, Malaysia, Thailand and Vietnam, working with local partners. But achieving this will require an IPO outside the Philippines, he says. “If we can execute our Series C [funding] and go regional in the next two years, in the third year we could do an international IPO.”

Sy has a succession plan in place for Great Deals, but his experience of Covid-19 reinforced his intention to stay at the helm of the company:

“My role continues to change but I love challenges, and that’s who I am.” 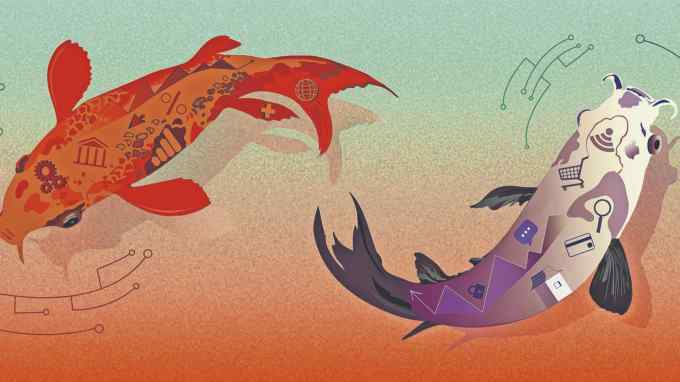