He grew up watching his father, director of classics such as The Godfather and Apocalypse Now, finance some of his films outside the Hollywood system with loans. Now, Roman is launching a not-for-profit financing platform called Decentralized Pictures to “democratise the financing process and open the doors to new talent”.

The platform, he explains, will give investors and other potential contributors the chance to vote on which films should be produced. Coppola says the platform’s methodology favours work “that has something to say”. Non-investors can also join in by earning voting rights — for example, by volunteering to be script readers.

“The most sensible way to build a business in film is to bet on talent,” he says. “The industry is very insular and studios are more focused on buying up proven IP [intellectual property] than taking risks on new talent today. We are creating a community-based approach.” Decentralized’s non-profit status means donations are deductible for US taxpayers. 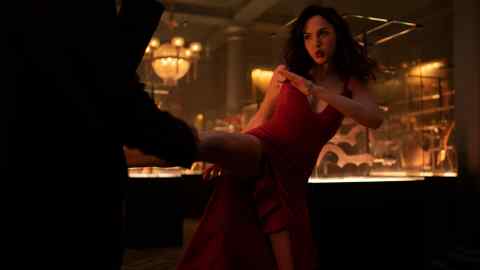 Decentralized is one of several innovative business models to have launched recently in an attempt to bypass some of that aversion to risk. All say they want to help break down barriers to an elitist industry, and all are trying to find ways to kickstart edgier film-making after more than a year of enforced production delays. At a time when streaming platform Netflix is revolutionising the industry with big-budget projects that challenge the Hollywood studios, these small funds are aiming to find a market for smaller, innovative films.

Some rely on crowdfunding or raising money from the crypto market via digital tokens, which give investors a share in the film. Others seek more traditional forms of patronage. “There have always been wealthy individuals interested in the film industry,” says Sadoff. “Profitability is a factor for many of them, but was not always the driving force. There are still many wealthy individuals interested in the film industry and, with the proliferation of streaming services as a distribution possibility, there are more options than a theatrical release to recoup their investment.”

Decentralized is still under development and plans to be up and running in the first quarter of next year. It says it has raised several million dollars to date, its income coming from donations and the sale of its digital investment tokens, called FILMCredits. Initial awards will be modest: the first winning film-makers will receive about $20,000 to complete their films.

Entrepreneur J Regan is among those who have bought FILMCredits. He is a Canadian investor and technology application expert who developed secure systems for banks and insurance companies in the 1990s. “I’m not in the cinema business,” he says. “But what turns me on as a businessman and philanthropist is to create value which has to do with this business structure, and creating a foundation with purpose.”

Another example of new funding options for investors is EOS World Fund, a project started in 2018 by Gwen Wynne, a Los Angeles-based director, producer and screenwriter whose credits include Tyrus and Wild About Harry. The fund backs minority and female film-makers, and is aiming to raise up to $50m from high-net worth investors, donors and companies, with seed money from Wynne and her husband Bob, an engineer at tech group Apple.

Other start-ups are in the pipeline. BlockFilm is a platform that backs films using TokenFunder, a Canada-based digital securities issuance and management platform, run by film and television executives. The platform enables film-makers and accredited investors to collaborate directly through what it describes as a “secure and vetted platform that makes film financing simpler, more secure and less costly overall”. In March, it received permission from the Ontario Securities Commission to begin financing productions via digital tokens, giving holders shares of profits made by the film they back. Investors can also sell out before production finishes, via a secondary market.

Pauline Couture, BlockFilm’s co-chief executive, is a former journalist, media adviser and executive. “Producers have a terrible time connecting to investors,” she says. “For people that invest in film, the money can be tied up for years. It’s not often possible to see what happened to it. We provide clarity for high net-worth individuals.” The fund has nine live projects, including Scottish film-maker Marianna Palka’s She’s Got Balls, which is due for release next year.

FT Wealth
Film producer Jason Cloth: Making money from movies is all about tuning in to the times 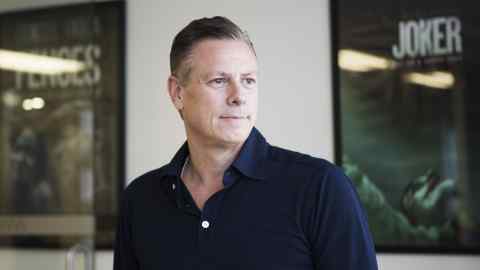 There are always pitfalls to investing in film and sometimes investors have to accept that a return is not guaranteed if they become patrons — projects often fail. As Coppola puts it: “The movie business is mysterious and very speculative. It’s tricky because it depends on what you wish to do. If you want to do something that has relevance and is culturally stimulating, the movies are a wonderful place to do that. There is no magic thing to do to hedge your bet and make a profit, but the privilege of sponsoring an artist that has a voice is meaningful. If you break even or have a profit or lose a little something once, that’s a win.”

Risk has always been a part of the industry. The late Sam Goldwyn Jr, son of Samuel Goldwyn, the studio mogul of Hollywood’s golden age, often reminisced about how his family would raise a toast when they repaid money borrowed to fund their latest film to the bank. Today, individuals investing in films have a similar role to play in bringing productions to the big screen.

“The movies made by Sam Goldwyn were often intuitive,” says Coppola. “They had gut feelings. It was rarely logical, but there was a verve to make things that could maybe break through. We will see how Decentralized is able to discern those things, but it’s my wish that it will be able to have a nose for projects that can cut through and be heard.”