It is time for candid conversations at work

Teams with a greater willingness to speak up perform better, but cultivating a psychologically safe culture brings challenges
Stefan Stern

The writer is author of ‘How to Be a Better Leader’ and is a visiting professor at The Business School, City, University of London

You could call it the Hector Dupuis trap. The name of this former Canadian politician may not be familiar. But in 1965, when it was announced that all four members of The Beatles were to be awarded an MBE in the Queen’s birthday honours list, Dupuis was among those who returned their honour in protest. He did not want to be placed, he said, “on the same level as vulgar nincompoops”.

It is not easy dealing with the shock of the new. Established authority can be unsettled by raucous voices. In the workplace the attitudes and vocabulary of younger colleagues may jar, or at times seem incomprehensible. It might be tempting to label such people nincompoops or, in today’s language, “woke”.

Different generations will — should — bump up against each other if culture and society are to be living things. The same is true for companies and organisations. “Culture isn’t a box to check on the questionnaire of humanity, it’s a process you join, a life lived with others,” said the philosopher Kwame Anthony Appiah in a BBC Reith lecture in 2016.

All very well. But how does that help well-intentioned executives who worry they are going to say the wrong thing, about race, gender identity, sexuality, disability or other sensitive issues? Must the concerns of younger workers be heeded, or is there something more troubling going on?

In a recent essay for the Atlantic, David Brooks hinted at the latter, saying that by navigating a progressive cultural frontier more skilfully than their hapless Boomer bosses and by calling out the privilege of those above them, young, educated elites seek power within elite institutions. “Wokeness becomes a way to intimidate Boomer administrators and wrest power from them,” he wrote.

Different generations will — should — bump up against each other if culture and society are to be living things. The same is true for companies and organisations

While a few may be acting in bad faith, surely not every colleague who says they feel threatened by the attitudes and discourse of some senior managers is making it up. The challenge of establishing “psychological safety” at work, defined as “a shared belief that an environment is safe for interpersonal risk”, remains.

That definition is offered by Amy Edmondson, professor of leadership and management at Harvard Business School. In a recent conversation with Vas Narasimhan, chief executive of pharmaceutical company Novartis, she explained why psychological safety makes sense as a goal for business leaders. “The evidence is pretty clear that psychologically safe teams have higher levels of performance, higher levels of innovation,” she said. “They have a greater willingness to speak up, more honesty about the things that go wrong and right.” Narasimhan agreed that “teams innovate better” in this sort of culture.

But how to build it? Prof Edmondson says it is better to raise the quality and candour of conversations in the context of real work (decisions and projects) rather than in abstract discussion. “Individual executives must learn and practise the skills of perspective taking and inquiry that facilitate candid sharing of ideas and concerns,” she adds. “But these skills take hold when teams practise them together.” Being open about shared vulnerability helps too. This should “normalise the kinds of questions, concerns, and unusual ideas that people may have but otherwise be reluctant to raise”. 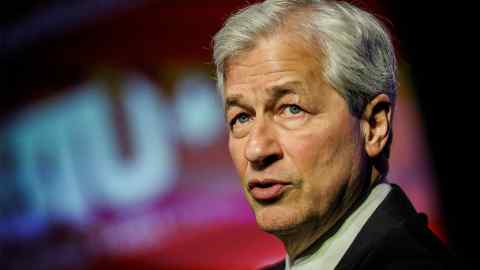 “We have got to have these conversations,” agrees Binna Kandola, senior partner and co-founder of Pearn Kandola, a business psychology consultancy. “Leaders tell me they are anxious about what to say, but as a result of that anxiety they don’t say anything. People pay attention when leaders speak,” he says.

“I would advise leaders to share their anxieties,” he adds. “Be clear that your intent is good, even if you may say things that land badly. By the way — all those anxieties you are feeling? That’s what minorities feel too. We have just got to get used to new things. We are going to have to discuss our way out of this, there is no other choice.”

Do not dismiss today’s “vulgar nincompoops”. They are the future. “I fought the war for your sort,” a disgruntled commuter tells the Beatles in their 1964 film A Hard Day’s Night. “I bet you’re sorry you won,” Ringo Starr replies. In November 1969, John Lennon sent back his MBE “in protest against Britain’s involvement in the Nigeria-Biafra thing, against our support of America in Vietnam and against Cold Turkey [his latest single] slipping down the charts”.

That sort of laconic humour might help defuse some of today’s tensions. Too many of us, of all ages, are poised to take offence at the slightest mis-step. As Paul Mitchell, a former US congressman, observed in a CNN interview screened after his death from cancer: “Learn to understand people and judge less and love more and let’s have less hatred. It’s destroying our society.”

Andrew Hill is away