The blue-chip, broad-based S&P index delivered a return including dividends of 28.7 per cent last year, with strong gains for five tech giants — Meta (formerly known as Facebook), Apple, Amazon, Microsoft and Google — together accounting for almost one-third of that performance.

This created a significant hurdle for managers focusing on US companies with strong growth characteristics. Just one per cent of active growth managers outperformed the S&P, according to Bank of America.

“Growth managers that were underweight this handful of technology stocks were likely to have underperformed last year,” said Ohsung Kwon, a quantitative strategist at BofA in New York.

In a sign of continued disappointment with the inconsistent performance of stockpickers, outflows mounted last year, extending an exodus that stretches back to 2008. Withdrawals from actively managed US domestic equity funds reached $392.7bn in 2021, according to preliminary data from the Investment Company Institute, a global trade body.

At the same time, investors continued to replace active managers with passively managed exchange traded funds, which track benchmarks such as the S&P 500 and the technology-heavy Nasdaq Composite gauge. US domestic equity ETFs attracted net inflows of $476.4bn in 2021, according to Citi.

Active growth managers were collectively underweight Apple last year, holding less of the stock than its slice of the benchmark index. The tech giant has notably just become the first company valued at $3tn, after adding $1tn to its market capitalisation over the past 16 months.

In addition to growth managers, stockpickers known as “core” managers, who look for high quality companies with strong fundamentals, also performed poorly in 2021. Less than a quarter of these investors beat the S&P 500.

The strong performance of US tech behemoths did not mean that stockpickers lacked opportunities to generate ‘alpha’, or market beating returns. Goldman Sachs found that the dispersion of returns produced by the S&P 500’s constituent companies was still robust and only slightly lower last year than its long-run average. That typically provides scope for stock picking fund managers to perform well.

Still, value-focused active managers who fish for bargains fared much better, with more than two-thirds beating the S&P 500 last year, according to BofA.

“They have moved on from just using metrics such as price-earnings ratios or price to book multiples and now have a more nuanced view of what constitutes a ‘value’ play,” said Di Mascio, a former chief investment officer at the British Coal pension fund.

US small-cap active fund managers also put on a strong showing last year, with most beating the 15 per cent return delivered by the Russell 2000 index — the most widely-followed benchmark for US smaller companies. 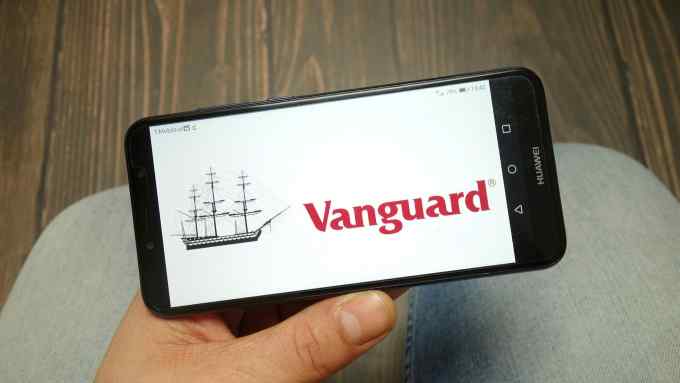