What is your personal inflation rate?

Our free online calculator reveals the pinch points in your budgets

Frank Gaymond and his wife are comfortably well off: they are in well-paid jobs, have money saved in the bank and plan next year to renovate their home in a leafy corner of Buckinghamshire, one of Britain’s wealthiest counties. 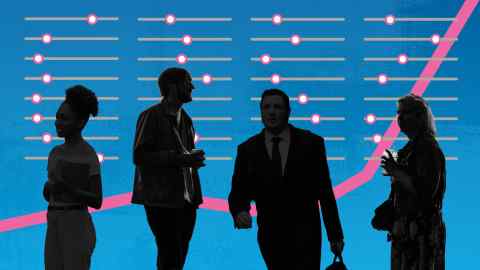 The Gaymond inflation rate turns out to be a bit higher than the average, largely because their household bills are a bigger share of their overall budget. “I’m not surprised,” says Gaymond, who adds that their bungalow needs a lot of heating. “But I wanted to see how we compare with other demographics and now I can do that.”

The Gaymonds don’t plan any drastic changes in their spending but Frank has taken the precaution of replacing light bulbs with new low-energy alternatives and fitting smart plugs around the home - the sort that can be switched on and off remotely. He says: “I’m conscious that the economic conditions might get worse next year.”

The energy support package announced this week by prime minister Liz Truss will come as a huge relief to millions of Britons: as well as capping the average annual household energy bill at roughly the current level it will prevent the sharp hikes in general inflation that had been expected for the coming months. Instead of rising towards 15 per cent in the New Year, as some economists had forecast, it is now likely to remain around the current level of 10 per cent or so.

However, as the Bank of England has warned, the predicted increases in government borrowing needed to finance the support could feed inflation over a longer period. So UK householders will need to keep an eye on bills for a long time to come.

Our inflation counter is available to all readers, for free, at FT.com/personal-inflation-calculator. Divide your spending between the different categories — such as food, energy and holidays — and the specially designed FT calculator will work out your personal inflation rate. If you can bear it, you can enter your expenditure every month, as we will update the figures to take account of price changes.

There is nothing new about personal inflation calculators, which were widely launched in the early days of the internet. But while inflation was low, householders had understandably little interest.

When FT Money wrote about inflation counters last November, as energy bills first started to leap ahead, we could find only one in service — at Rathbones, the wealth adviser. Now they are multiplying: starting at the Office for National Statistics, the government data office, which has relaunched its service.

Like the ONS, we are not using the CPI, headline-making main consumer prices index, in our calculator, but the CPIH — the consumer price index including housing — which we think is more appropriate because it includes the housing costs of owner occupiers.

Right now, the CPIH is running below CPI because these housing costs respond only slowly to general inflation. In July, the latest month for which detailed ONS price data is available, CPIH was 8.8 per cent versus CPI at 10.1 per cent.

These are the national averages. So why bother to work out a personal score? Because inflation rates differ between households — and by much more than you might think. These differences did not appear large when the average CPIH inflation rate was 1.0 per cent, as it was in 2020, or even 2.5 per cent, as last year. But now that the average CPIH rate is closing on 10 per cent, the differences in rates between different types of household become startlingly significant.

For Frank Gaymond, with his larger-than-average household bills, the figure is 9.3 per cent. Another FT reader, living with his wife in retirement in the West Country, is on 11.9 per cent, mostly due to taking plenty of holidays, which have seen prices rise rapidly due to fuel costs and labour shortages. But for students, who typically spend less on energy and don’t drive cars, the figure is only 6.7 per cent.

The poorest householders — who spend more of their money on food and energy than the average — have seen the largest increases of any income group. Our chart below shows that, based on family spending data and the CPIH index, the poorest 10 per cent of the UK population saw inflation running at 10.2 per cent in July, compared with 8.3 per cent for the richest 10 per cent — a rich-poor gap of 1.9 percentage points. Or to put it more starkly, prices were going up by nearly a quarter faster for the poor than the rich.

Jack Leslie, a senior economist at the Resolution Foundation, a think-tank focusing on low-income households, says: “These are the biggest differences we have seen [since data collection began in 2006].”

There are many ways of highlighting the differences between households. By age, the over-75s are likely to be experiencing the highest inflation rates (including housing costs) — 11.5 per cent in July, because they are likely to spend the most on heating. By contrast, the under-30s saw inflation of 8.7 per cent.

This is a sharp shift from early 2021 when, before energy prices took off, pensioners saw lower inflation than students — a change which highlights how much personal inflation rates matter.

Where you live also matters. Londoners saw the lowest July inflation rate of any region — 8.1 per cent — compared with 11.2 per cent in Scotland and Wales, which saw the highest levels. Northern Ireland on 11.1 per cent was just behind followed by the north east of England on 9.3 per cent.

The London rate is low because Londoners are less likely to use cars than other Britons and are less exposed to higher petrol prices. Plus, London residents tend to have smaller-than-average homes that are better insulated than most and therefore smaller-than-average heating bills. Also, the south is significantly warmer than the north. At the Resolution Foundation, Leslie says: “People living in rural areas in Scotland often have poorly-insulated homes and they have to commute long distances. There are huge regional disparities in the UK.”

Consumer champion Martin Lewis has provoked controversy by calling the impact of rising energy prices on the cost of living “a catastrophe”. This week’s government package will protect people from future increases by capping domestic fuel costs at around current levels.

But the burden on poorer households remains severe: the Joseph Rowntree Foundation estimates that in the year to April 2022 those in the lowest 10 per cent by income were already spending around 10 per cent of their budget (after housing costs) on electricity and gas.

Wealthier households are insulated from the worst effects of the energy price rises because they typically spend a much smaller share of their budget on electricity and gas: 3 per cent for most such families, according to FT calculations. Moreover, richer households often have a savings cushion, which was bolstered during the pandemic, even as poorer families ran down their funds and often had to take on more debt.

However, these generalisations don’t cover everybody. Among wealthier households, people with multiple homes are seeing energy spending taking a much larger chunk of their budgets. So are those whose routine involves a lot of long-distance car travel — Londoners with weekend homes in Cornwall or the Lake District, for example.

At Rathbones, Edward Smith, co-chief investment officer, says he sees little sign of the firm’s affluent clients changing their spending habits. But they are concerned about limiting the damage done to the real, inflation-adjusted, value of their portfolios. Smith says there is little that can be done in the short term — the answer is to invest in assets that offer longer-term inflation-protection, such as companies with strong market positions that can maintain their margins by passing on costs to customers.

However, as Gaymond’s example shows, even the comfortably well-off can benefit from paying more attention to their budgets. He says it’s very important to keep saving, if you possibly can, just in case there is more bad news around the corner. “If I’m made redundant, I want to know there is something for a rainy day.”

To keep saving, you need to have a close eye on the price of the goods and services you are buying. That’s why we have launched the FT inflation calculator. Anybody can use it, and keep using it as we work our way through what is likely to be — in economic terms — the toughest winter in decades.