In January 2005, consultants Telos Group wrote in a report on BP’s Texas City oil refinery: “We have never seen a site where the idea ‘I could die today’ was so real.” Within weeks an explosion killed 15 people and injured hundreds more.

Any board that comforts itself with the thought that such a calamity will never strike its company should think again. There is always a risk that a gap in understanding will exist between the front line and the top table, especially if a company’s operations involve big geographical and managerial distances.

A report by James Baker, former US secretary of state, into the Texas City disaster, published in 2007, made a series of recommendations to BP. One was to “strengthen accountability and responsibility for process safety performance in executive management”. Another was for an independent monitor on the implementation of the recommendations.

Now, a new project at the British Academy, an authority on the humanities and social sciences, is investigating the future of the corporation and starting to explore the changing nature of responsibilities at the top table. Colin Mayer, professor of management studies at Oxford university’s Saïd Business School, is leading the initiative.

“Boards are much more aware of their role in addressing risk — the process has been formalised,” Prof Mayer explains. “[One] consequence has been an increased level of centralisation. But it is important that, while the board has an overview and high level of responsibility, it should ensure that risks are dealt with where they arise lower down in the organisation.”

Prof Mayer points to Handelsbanken, one of Sweden’s top four banks, as “a very good example of where the bank’s policy is to delegate decision-making and risk-taking down to individual branches so the branch manager is responsible for all of the decisions regarding recruitment, costs, marketing, customer selection, customer management, credits and pricing”.

Still, the pressure is greatest at the top, which is why leaders must listen to voices from inside and outside the organisation.

In a launch paper for the British Academy project, one anonymous business leader says: “As a non-executive, you’re a guardian of the company’s position in the world. By definition, you’re an outsider; you’re not inside the company completely. And if the guardians don’t say to the executives, ‘You really do need a plan for that issue’, experience shows that the business might not explore it.”

A key insider who should play just such a role is the general counsel. Veta Richardson, chief executive of the US Association of Corporate Counsel, says greater regulatory and business demands have increased the need for help from the general counsel. “They are on the front lines of managing change within their organisations, whether that is by keeping abreast of complex regulatory and policy changes, or lowering costs and demonstrating the value of the law department,” she says.

Even so, general counsel may not be able to make the necessary interventions at the right time.

One seasoned consultant to many boards says there are two types of GC. “There is one who puts the interests of the company first — not the CEO, not other directors, but the company. This sort is quite rare. There is another type who will say to you, ‘Oh yes, I can see that this is a serious problem, but I could never tell the CEO.’ These conversations are more common and can be quite shocking.”

A good chief executive will be on guard against the danger that he or she is not receiving all of the necessary information from colleagues. However, all-powerful bosses may find that bad news does not get through to them quickly. The board and senior management team need truth-tellers whose careers will not be damaged — and preferably are seen to be boosted — by their candour.

In times of geopolitical and market tumult, how can a board organise itself to avoid unpleasant surprises? While many are now in a position to say diversity is at least part of the answer, it is not clear that all boards understand what that should mean.

Some have increased the number of women or ethnic minorities represented at the top. But there are still gaps, as Anthony Fitzsimmons, co-author of Rethinking Reputational Risk, argues. “A common example is a lack of non-executives with backgrounds that give deep insight into how people really behave, such as psychology, sociology and anthropology,” Mr Fitz­simmons says. “Gaps such as these leave boards blind to risk areas that others, especially the ‘inside-outsiders’, can easily see.”

How far can boards prepare for dealing with risk? Mihir Mysore, crisis response leader at consultancy McKinsey, thinks boards are tempted to be too specific in their attempts. Mr Mysore said in The In-House Lawyer magazine that it is better to try to spot “the top three-to-five threats” your company could be confronted with, start scenario planning, then allow for flexibility in the response. Many companies have appointed chief risk officers (CROs) to supervise these matters, but their impact will vary depending on their access to the chief executive and the CRO’s credibility with colleagues.

As well as distribution of responsibility, Prof Mayer’s research programme will tackle the tension between the scope of international businesses globally and the impact of their operations on the ground.

“We need a recognition by global businesses that they cannot take a global perspective only — that local matters,” another business leader says in the British Academy paper. “Their customers and producers live in countries, and that matters too. It’s about changing mindsets and collaboration, and getting more people involved, for example, from the unions and from governments, to understand this fundamental tension.”

Before the onset of the financial crisis in 2008, few boards possessed risk registers that anticipated the possibility of a global meltdown. The unexpected will always happen. The task for boards is to ensure the organisation has already planned for disruption and will be ready to respond accordingly.

Get alerts on Corporate culture when a new story is published 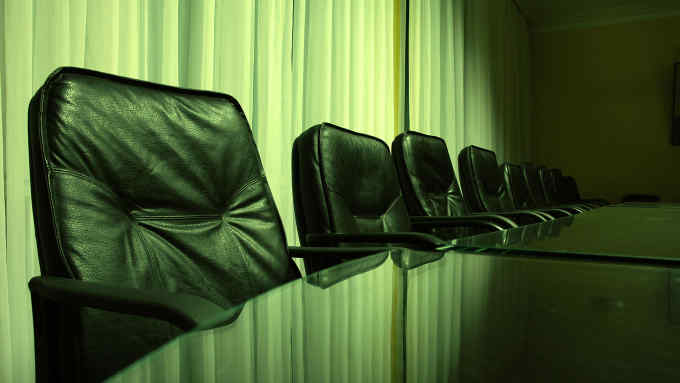 As international companies navigate geopolitical and market tumult, this report focuses on legal and regulatory change. It includes: EU data privacy; China pressing for more say on mergers; and the battle for supremacy on trade rules