What if creative legal people could break out of the usual silos to do some truly innovative work? That was the question for participants in the FT’s Collaborative Innovation project.

Many of them are constrained by narrow expectations about their work for clients and employers.

In some instances, the emergence of legal tech is helping to produce pioneering answers to business legal problems. But how much more impactful and original could that innovation be if law firms, in-house teams, technologists, and beyond, got together?

Quite a lot, it turns out — from meaningful use of AI to combat fraud, to acting fast to offer help to refugees from Ukraine.

Those are just two of the projects that were among the finalists for the Collaborative Innovation awards for industry breakthroughs earlier this week.

These awards are unusual because their intention is to discover and encourage continuing innovation, rather than simply recognise projects where the outcome is already known. The participants had 12 months to come up with an idea, find collaborators, and develop a project enough to show that the idea worked and had significant potential impact.

For example, one project explored how challenging it would be to gather all the legal data needed to make AI tools effective — given the fact that no single legal team, or law firm, has enough data to train AI sufficiently.

Integrity Distributed was formed to facilitate the sharing of big data between leading organisations in order to develop effective AI software to predict compliance breaches. It uses blockchain software to keep data anonymised and separate so that it does not compromise data privacy or competition rules. A number of Fortune 500 companies are involved, and they contribute data to enable the AI tool to spot one in five compliance transgressions. The accuracy will increase as more companies join. The project won the digital innovation award.

In-house lawyers, themselves, can seek to become more efficient through better use of technology. However, one barrier to digitisation is the lack of standardisation. This was the problem identified by the collaborators behind the Legal Metrics Portal. The project identified the need for a common language to measure and collect meaningful data for legal functions. The team collected the award for industry impact.

We have made decisions on the go, like in a start-up, and faster than the government and big law firms

Ultimately, the project exposed how collaboration between different parties can lead to better innovation.

This was also apparent in Immigration4Ukraine, which involved around 25 organisations such as law firms, pro bono charities, universities and legal design and technology firms. The project began as a LinkedIn post requesting help to develop a resource where Ukrainians fleeing the Russian invasion could find legal information and request advice. Within 24 hours of the post, the project was under way. And, within a week, 150 lawyers, technicians and legal designers had created a user-friendly and accessible site.

“We have made decisions on the go, like in a start-up, and faster than the government and big law firms,” says Petro Bilyk, chief innovation officer at Ukrainian law firm Juscutum. Pro bono organisations UPJ and Pro Bono Deutschland have taken on management of the project to help it keep going.

Several projects had many more than the minimum of three collaborators from different fields, as specified in the awards rules. They also included alternative legal service providers, academics and government bodies. Many demonstrate that a diversity of perspective and skills helps teams to understand both the problem being solved and the needs of all those benefiting from the solution.

The idea was to remove the fear of failure

The OneNDA project took home the award for design and development because of the blueprint it provides for how the legal industry can collaborate.

The goal was to design and agree on a standard template for non-disclosure agreements, saving the time and money that these normally take to negotiate. The team’s approach overcame the cultural barriers to innovation often found in the legal profession, including the strict observance of hierarchy and deference to tradition. “The idea was to remove the fear of failure,” says Roisin Noonan, chief operating officer at legal consultancy TLB.

Get alerts on Legal services when a new story is published 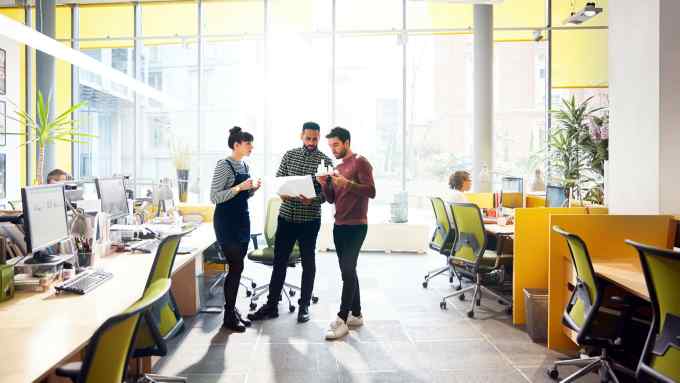