Even before Hong Kong’s long summer of discontent began, the territory’s hard-working population was feeling the strain of living in one of the most expensive  and crowded cities in the world.

Compared with the west, working hours are long and at the end of the day most employees return to homes that are much smaller and often shared with several generations of the same family.

The frequently violent anti-government protests that began in June have only added to the anxiety felt by many employees. “You’d be naive to think that the level of stress is not rising across Hong Kong,” says Anthony Davies, chief executive of Barclays bank’s Hong Kong branch.

Sally Wan, chief executive of insurers Axa Hong Kong, agrees. Staff traditionally might have lost sleep at night because of financial worries but “now it could be: ‘My child is marching on the street at night.’ How do you manage that?”

How companies respond to staff members’ poor mental health is a question that is taxing many of Hong Kong’s larger employers as they, like many of their counterparts globally, increasingly recognise that unhappiness in the ranks affects profitability.

Wan and Davies were among a handful of senior executives from multinational companies who decided, even before the protests began, that they needed better outcomes for their employees as well as their customers and society at large.

In 2017, they helped found Shared Value Project Hong Kong — part of a global network of partnerships sharing the belief that businesses can create competitive advantage for themselves by aligning profit and purpose.

The Hong Kong-based founding companies of SVPHK — which also include Nestlé, the world’s largest food manufacturer, Asia-focused insurer AIA, as well as Accenture, EY and Tricor, which offer financial services and consultancy — did not take long to decide what their first priority should be: mental health.

Employers bear the hidden cost of stress, anxiety and depression in the form of lost productivity due to absenteeism, or from presenteeism, when employees turn up for work, but get little done due to physical or mental health difficulties.

Loiseau points out that unaddressed problems can lead to spikes in health insurance costs borne by companies, but it can be particularly hard to find solutions in Hong Kong, where there is a dire shortage of mental health practitioners.

An academic study published two years ago found that nearly one-third of Hong Kong workers suffered from anxiety and about a quarter reported symptoms of depression. However, the academics noted that there were fewer than five psychiatrists for every 100,000 people, well below the 18 per 100,000 in England and the 10 per 100,000 in Japan. “Hong Kong has a lot of problems,” says Yi Mien Koh, managing director of health and employee benefits at Axa, who also heads the insurer’s innovation unit. “The average waiting time for government mental health intervention is three to four years, plus there are few private practitioners.”

SVPHK members have pledged to improve mental wellbeing in their workplaces and to reduce the stigma of ill-health. They also promised to report back on the effectiveness of their interventions.

AIA is running a wellbeing programme with global insurer Vitality that offers reductions on health insurance for those who sign up to lead healthy active lives. “Healthier policyholders help lower claim costs for the insurer, which in turn eases pressure on insurance premium increases,” says Bonnie Tse, general manager for corporate, strategy and wealth management at AIA Hong Kong and Macau. The approach also benefits society at large by helping relieve pressure on the medical system, she adds.

At Axa, the shortage of mental health professionals in Hong Kong helps explain why Wan and Koh decided to make use of digital products for their staff as well as recommending them to their customers. “We curate and recommend evidence-based digital tools like Moodgym, which was developed by the Australian National University almost 20 years ago,” says Koh, adding that Axa also uses Smiling Mind, a mindfulness app.

In addition, Koh is helping to co-ordinate a research collaboration between Oxford VR, a University of Oxford spin-off, and The Chinese University of Hong Kong on a virtual-reality therapy headset being used to treat anxiety disorders.

The initiative, called Yes I Can, is being used to help treat social withdrawal, which Koh says is a common symptom of anxiety and depression. “Studies have shown that a lot of people would rather talk to a robot because they feel it is not judgmental,” says Koh.

Since June, when Axa helped launch Oxford VR in Hong Kong, there has been a lot of interest from companies that take Axa’s health insurance, Koh says. “Employees can choose between on-site or off-site VR sessions. We know the technology works. We just need to let staff know about the service, so that they can access it if needed.”

Wan, who leads the SVPHK mental health initiative, is convinced that getting people to talk is the key to get well.

“What we find the most powerful is people who can come out and tell their story,” says Davies. “In Asia, it’s seen as a sign of weakness. I think it’s changing, but I think it needs to change faster.”

Get alerts on Mental health when a new story is published 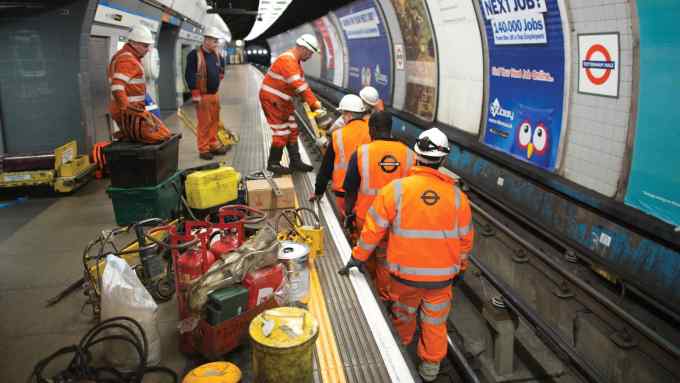