Homegrown designers flourish abroad but only if they promote themselves

When New York Fashion Week returned to the runways last month, South Korean fashion designers received a slew of international coverage. But, for the country’s jewellery designers, it is a different story altogether. While government agency Kocca promotes South Korean industries such as fashion, music and gaming, nothing similar appears to be in place for the country’s jewellers.

Such a lack of representation means that it is hard to discover Korean jewellery designers, which renders them more or less unseen in this competitive international market. Buyers say many Asian countries encourage them to become better acquainted with the work of their designers — for example, through visits — but not South Korea.

But overlooking South Korean jewellery designers means missing out on work that can combine innovation and intricacy, modern and traditional.

Lee keeps an eye on popular jewellers in South Korea in order to identify opportunities for homegrown brands to do well abroad.

Korean actors such as Han Ye-seul, Shin Se-kyung, Shin Min-a and Song Hye-Kyo help promote homegrown brands, she notes. “These celebrities are famous as fashion trendsetters and their jewellery styling is really popular.”

In South Korea, where K-Pop and K-Fashion rule, the country’s love of another type of accessory — foreign handbags — seems to have overshadowed homegrown products. There is even a dedicated handbag museum in Gangnam, which is home to a million-dollar collection of foreign-made bags.

“Korean jewellery is not well marketed at international jewellery events, fairs or shows,” says Laura Barringer, a fashion buyer for high-end US retailer Ben Bridge Jeweler. “Most of the Asian countries with which I work have trade organisations that contact us to introduce potential suppliers/designers/artisans.” 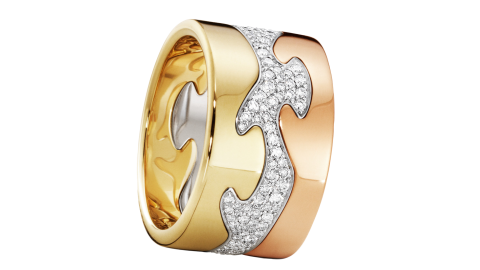 The lack of an official promotional effort has prompted some designers to fly the flag for South Korean jewellery themselves. Designer Myungji Ye launched her Yemyungji brand of gold knitted jewellery in 1998 and, after winning several awards, expanded by opening a shop in Beverly Hills — in addition to her main outlet in Gangnam.

Her work has also caught the eye of Lauren Kulchinsky Levison, curator of collections at the Mayfair Rocks boutique in The Hamptons, Long Island.

Meanwhile, Korean menswear designer Youngmi Woo — a Paris Fashion Week regular — has jewellery plans of her own, under her label, Wooyoungmi. “Most jewellery brands in Korea tend to be feminine, kitsch and there are few brands for men,” she says. “I want to create a genderless and high-end silver jewellery collection with the signature style of Wooyoungmi.”

Some young Korean jewellers have made a home in Britain. Designer-maker Yeena Yoon, who studied architecture and worked for firms including Zaha Hadid Architects, is based at The Goldsmiths’ Centre, a UK charity for the training of goldsmiths and other jewellers.

She uses silver, gold, platinum and pearl, as well as semi-precious and precious stones and “fuses contemporary and traditional techniques to create unique pieces with a minimal and sculptural aesthetic”. Her signature Covet line at first appears to be one piece, but its components can be separated to wear as individual pieces of jewellery.

“I think there is a market for any jeweller with an interesting design and craftsmanship,” she says. “Korean contemporary jewellers do have both qualities, and I can already see their works being noticed in international jewellery communities.”

But they seem to move abroad to get noticed. Misun Won, a South Korean jeweller based in Scotland, says her work is influenced by both Korean and British cultures. “For the silver collections, I fuse [a] thin layer of 24ct gold onto the silver surface, using technique called kumboo, which is an ancient Korean gilding technique,” she says. “Another major inspiration for me is Korean patchwork, but this highly traditional form is interpreted through fractal geometry.”

Get alerts on South Korea when a new story is published