Fortress mentality threatens to slow the pace of Japanese innovation

We’ll send you a myFT Daily Digest email rounding up the latest Innovation news every morning.

In March 2020, when the world was focused on the spread of Covid-19, Japanese sportswear company Asics unveiled its revolutionary “spikeless” spiked running shoes — an innovation with the potential to unleash a technology war in sprinting events.

In one way, the new footwear offered comforting evidence that Japan remains capable of both major technical breakthroughs and their conversion into products. But, in another, it was symbolic of the structural fortress that surrounds the country’s larger companies, holding back more disruptive innovation, and high-growth start-ups.

Asics new shoes dispense with a sole of traditional metal pins in favour of a carbon-fibre honeycomb, which the company’s research suggests can shave 0.048 seconds off a runner’s time for 100m. They are the result of a five-year research project focused on minuscule reductions in the energy consumed as spikes enter and exit an athletics track. This summer’s Olympics in Tokyo may provide a landmark test of their capabilities.

However, the innovation process itself followed a well-trodden, and less dynamic, path: established domestic companies combining their expertise. When Kobe-based Asics realised the solution might lie in a super-light honeycomb, it turned to another Japanese company, Suncorona, a textile producer in nearby Osaka, which could provide the highly advanced carbon fibre.

There were no tech start-ups involved. And this is now a concern at government level.

In this year’s FT ranking of Asia Pacific high-growth companies, Japan’s position looks healthy, with 116 entries — the most on the list. On other measures, though, the country’s technology and digital innovators are not so competitive.

Despite being the world’s third-largest economy, Japan is only 27th in a global ranking of digital competitiveness by information provider IMD, and Tokyo is rated 15th for provision of start-up ecosystems by research group Startup Genome.

The moment you have an idea, Japan places one disincentive after the other against turning it into a business

Japan’s government appears to have spotted this anomaly and realised that the country is not generating enough innovators to remain competitive. In February, it said it would create a $100bn university endowment fund in 2022, as part of wider efforts to reignite Japan’s spark.

Policymakers are already rushing to make up for lost time on digitalisation. Among the first orders of business for Yoshihide Suga when he became prime minister in September last year was to establish a new ministry for digital transformation.

A joint white paper by McKinsey and the American Chamber of Commerce in Japan (ACCJ), earlier this year, stressed the need for that transformation to be undertaken in earnest. It suggested that Japan could add as much as $735bn to its economy over the next decade if it embraces a series of bold measures.

Standing between Japan and its digital ambitions, argued the McKinsey-ACCJ report, are self-imposed constraints that include a risk-averse mindset, a focus on company longevity rather than productivity, and a deficit of more than half a million software-related engineers.

But even with the creation of the endowment fund, Jesper Koll, a senior adviser at WisdomTree Investments, reckons Japan may still find innovation stymied by that unwillingness to properly incentivise risk. The science wings of universities, he says, are actively discouraged from commercially viable innovation.

To him, the Asics running shoe is an example of Japan’s often unmatched power when innovation occurs within established companies, but also of the way innovation can be suppressed outside of that context.

“The moment you have an idea as a scientist or some other type of innovator, Japan places one disincentive after the other against turning it into a business,” Koll says. “It's a whole quagmire of regulation and lack of funding that is designed to protect the incumbent corporate base, rather than promote challenge. They hate disruption.”

Atsushi Osanai, a professor at the Waseda Business School, takes a more optimistic view — arguing that, while Japan’s broad powers of innovation may be ringfenced within its corporate structures, that does not negate their potential in the longer term. The challenge, when viewed from that perspective, becomes one of management, says Osanai.

There are often situations, he says, where Japanese companies have a clear technological advantage, but choose not to use it to improve their business or innovate aggressively.

Encouragingly, he adds, many businesses have realised that their problems with innovation are management-related and that promoting engineers, for instance, does not actually create innovation. 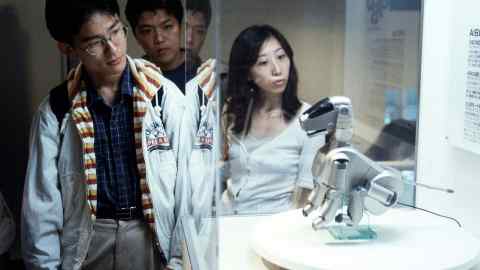 If such problems become entrenched, Osanai says, it could give small innovators more opportunity to provide some challenge.

“I think that the capability to create new types of business is different from innovative capability,” he explains. “Japanese industry still has the ability to come up with new concepts of business or tech. If they can join the concept and the business together, Japan can succeed.”