Courtney Love explains why you’ve got to do the math

As part of the FT Financial Literacy and Inclusion Campaign, the musician shares her story about making – and losing – a fortune
Jump to comments sectionPrint this page
Receive free FT charity appeal updates

My family has been the victim of every single financial crime there is. I don’t want anybody to feel sorry for us, but some really horrible things have happened – we’ve had millions taken from us. It started a few years before Kurt [Cobain]’s death, in the early 1990s, and only got worse after he died. Recently my manager and an attorney discovered five forged wills of mine, 67 bank accounts, 102 Mastercards and Visas. There were Centurion cards with million-dollar credit lines – I found one that was being used in 2005 by someone I had fired in 1999! Basically, they stole every single cent. I was writing Tweets the other day about it all, but I didn’t publish them: each one sounded like a line of dialogue from Succession.

I started realising all this was happening in 2002, and the FBI did a big investigation into it in 2006; but the point at which I realise how fucking stupid I was is an ongoing process. At its worst, we had lawyers and agents trying to colonise our estate, and they froze my assets. From April to November 2011 I spent a lot of time living in a squat in Hackney. I didn’t even have the Tube fare – but I know how to be poor, because I come from punk.

So when I saw the Financial Times was advocating financial literacy as its charitable cause last September, I was so pleased, because I could really do with being financially literate myself. I tried the quiz on the article and I got a basic answer wrong; just the other day, my assistant and I were negotiating a multimillion-dollar deal, trying to figure out a percentile on a calculator – and we couldn’t! Financial literacy is one of the most critical things an artist can have. But it seems scary. It’s scary understanding my fault in all this – in acknowledging my overspending.

It isn’t a big secret that I suffer from the disease of addiction – in particular, financial stress tends to make me go cuckoo-bananas if I’m triggered by it. A lot of musicians and poets are afflicted with addiction. There are ones that aren’t, and I’m going to name a few I know personally: Lenny Kravitz, Bono, Dave Grohl, Chris Martin. These are four dudes who are just not addicts. They’re able to hustle and handle their business. But they’re in the minority.

I remember, at the height of being a rock star, I was able to buy a property in Manhattan and I was so proud – and it turned out that Lenny had bought the penthouse. I was like: “How come I’m buying this, which is a ninth of what he can afford?” So I grilled him for hours. It turns out he pays a very small amount a month to pretty much the only honest firm in town – in LA anyway. And he enjoyed going through his receipts. And there’s me – how many years have I said, “No, I don’t need the receipt.” Take the receipt! It’s just holistic.

I don’t think artists should be expected to be billionaires. We’re all now meant to be so smart and have side hustles – have a fund and a rosé business and be a tech bro. But I think artists should get what we call “right-sized” about what to expect from their careers. I’m a really good poet – that’s what I am. I don’t need a second home!

I was never taught much financial literacy as a child. People assume I grew up in a trailer park, but I didn’t: I was a child of the Californian counterculture. My mother inherited millions of dollars at one point, but she was so traumatised by the abuse she had suffered as a child that she spent it all really, really fast – so we went from having millions to being broke a few years later. The only guy who taught me about money was a lovely stepfather: he was a teacher who did his books meticulously and never accepted a penny off my mother. I learnt a lot from Frank about honour: I shoplifted a few times as a kid, but he caught me twice and made me return the stuff.

Later on, I did a few minimum-wage jobs before making it with music. I used to work at strip clubs on Sunset Boulevard, and we made minimum wage by law, and got tips, but each week we had to sign our small cheques over to the family who owned the strip clubs. It’s illegal, but it was done everywhere. I also picked strawberries in Oregon for $1.25 a pound, but it was unsafe, and I only lasted about 10 days.

Perdita Fraser
Low adult numeracy is holding the UK back 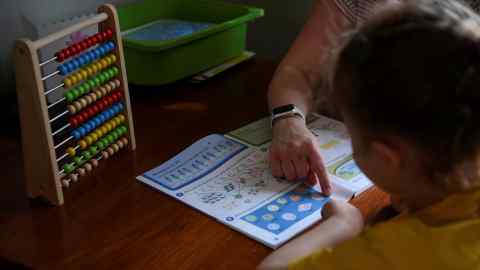 I’d been screaming my head off about Britney Spears’s conservatorship for 13 years – ever since it began. I was the first to go after Harvey Weinstein publicly too. I was laughed at, derided and punished on both occasions, and I’ve had an existential crisis these past few years, asking: “What is the actual point of justice?” So seeing it come for my friends who were hit hard by Harvey felt nice. But seeing it with Britney? I’ve got to be honest: it feels fucking delicious! And if there is justice, really, I hope my family is next.

The FT-backed Financial Literacy and Inclusion Campaign will help end the scandal of financial illiteracy. FLIC will develop and distribute educational content, lobby for policy change and track progress towards financial literacy. To find out more and donate, go to ftflic.com 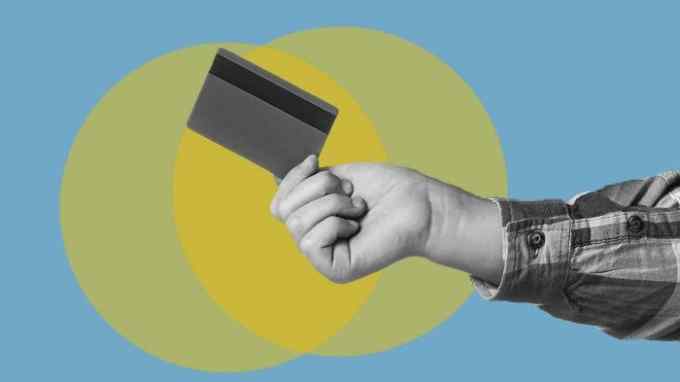