What’s the flap about butterflies?

Menswear and accessories that are worth a flutter

Of all the entomology references creeping around the design world, one in particular is having a field day. While it’s impossible to miss the butterflies in the women’s fashion collections, from Lanvin to Chanel, the winged insects are finding their way into the men’s department too.

Such motifs have long been celebrated by artists, from Dalí to Damien Hirst, and by fashion houses who revel in a certain flamboyance, such as Gucci, Dolce & Gabbana and – coupled with a touch of avant-gardist’s macabre – Alexander McQueen. Now butterflies are appearing everywhere from Loewe to Burberry, adorning blazers and exercise shorts, watches and jewellery.

“I like the idea of encouraging all men to be a little more like butterflies themselves in their dressing – not afraid of gorgeous colours and prints and luxurious materials,” says LA-based stylist Andrew Vottero. His client roster includes Jeff Goldblum, who recently walked Prada’s runway and whose personal dressing style makes a strong case for manly exuberance.

Yes, there’s a lovely, low-hanging metaphor about cocooning and breaking free, but butterflies are also a symbol of dexterity and agility. Richard Mille’s new watch, the RM 35-03 Automatic Rafael Nadal, pays tribute to the power and physical prowess of the newly anointed men’s tennis grand slam record-holder. Its distinctive new complication, the titanium “butterfly rotor”, allows the wearer to interact with and control the movement’s winding speed based on lifestyle and activity levels.

Andrew Groves, professor of fashion design at Westminster University, says that while camouflage has historically been the “acceptably masculine face of pattern” because of its military connection, he believes the “language of technology” and its association with intricate details will entice even the most restrained dresser to dabble in more varied motifs.

“The way men express identity through what they wear used to move at a much slower pace,” he says. “The colonisation of men’s dress into a daily uniform has all but broken down in the past two years; I think it has given people, however they identify, licence to play with patterns and surface decoration. Many have clocked an open window and they’re not coming back.”

For spring, LA-based designer John Elliott prints his custom-made fabrics with intricate lepidoptera drawings like tattoos down long sleeves and on mesh “practice shorts”. Meanwhile, Japanese brand Needles – which crafts leisurewear pieces with a sort of ’70s-Tokyo-meets-Americana vibe – uses butterfly emblems on blazers, cowboy-shirts, basketball shorts and this season’s standout Papillon track jacket. Meanwhile, Valentino covers the whole spectrum of tastes: a delicate touch – appliqués on peacoats and T-shirts – as well as an all-over print on shirts and Bermuda shorts.

One can go graphic and minimal with Derek Rose’s Tropez 11 swimming shorts or the wing-like mesh pattern on Axel Arigato’s Apex NXT runners. Or suave and dressy with a dark and moody lapel pin from Van Cleef & Arpels (also look at 1stdibs, Omneque and The RealReal for vintage beauties by Dior, among others). And then there’s the exaggerated butterfly-shaped eyewear everywhere from Balenciaga to Ray-Ban, and the elongated wings of Tom Ford’s ’70s-style silk bow tie for summer soirées.

For those with any doubt that butterflies can be butch: the insects that are best designed to scare off predators or defend themselves through camouflage are the ones with the most outré decorations. According to Dr Erica McAlister, senior curator of diptera at the Natural History Museum and author of The Secret Life of Flies, some butterflies fight with colour, while the electric blue male morpho, for example, flirts with it. It’s all very macho.

“Men are very fragile creatures, really,” says Groves. The social validation of dressing in an impactful way has become more important since we’ve had less real-life interaction, he says. “Getting attention with decorative clothing has become gamified and competitive, which gets the adrenaline and testosterone going.” 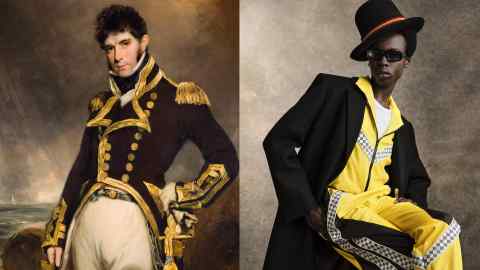 Just as the black peppered moth came to predominate in the sooty Industrial Revolution, design for men is adapting to the times, he says. “But now, you fit in by standing out.” 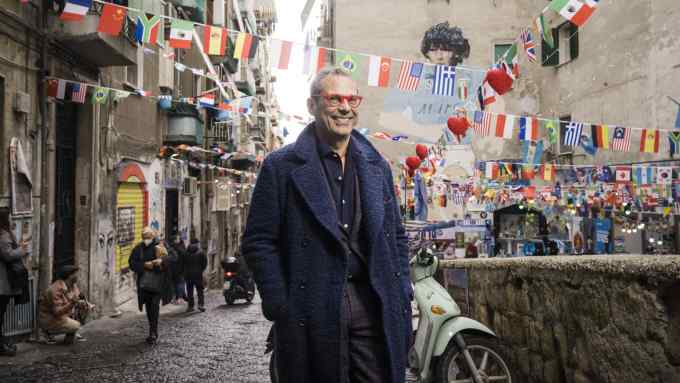