The new wave of haircare is longer, more lustrous and thicker than ever

Appearance goals these days require that every part of the body is abundant with beauty. Skin must be plump and glowing. Lashes long and fluttery. Lips pillowy. Nails glossy. “Glowing” has replaced “anti‑ageing” as the most‑searched skincare term, something you only get from a surfeit of sleep, vitamins and expensive face creams.

And of course, we want our hair to be thick, lustrous and glossy too – preferably with a propensity to “swish”. But our “swishes”, in particular, are far from being granted. It seems an increasing number of women – and men – are finding that no sooner have they hit their 30s than their hair has lost not only its shine, but their heads have lost their headcount.

Shelves now groan with thickening products. Gail Federici, who – along with John Frieda – solved the world’s frizz problem when the duo developed Frizz Ease 30 years ago, has identified thinning as one of the next big hair dilemmas and has created Color Wow palettes, temporary brush-on root powders that help give the appearance of fullness. Hair supplements are a hot topic at parties. Even the world of injectables is getting involved. Alongside treatments like red-light therapy, offered by trichology clinics such as Philip Kingsley, or the non‑surgical “nanoprocedure” at Belgravia hair-loss clinic Meshkati, the most talked-about hair-loss treatment now involves having fat taken from your stomach, mixed with platelet-rich plasma derived from blood cells, and injected into the scalp. An early tester summed it up in three words: “Painful. Expensive. Hopeful.”

Why more women seem to be suffering from hair loss, no one really knows. The traditional causes of the “mid-life hair crisis” – namely post‑partum hair loss and the fact that growth naturally slows down post-40 – are now being cited alongside any number of possible other variables, from stress to hormone shifts to radical diets. Some of these have more science behind them than others: for example, the link between stress and hair loss is well-established, but the relationship between hair and nutrition is more complicated. While some deficiencies, such as iron, vitamin D and vitamin B12 can definitely be linked to hair loss, there’s currently not much evidence to say that a healthy person taking a supplement can do much to kickstart new hair growth (although supplements such as Viviscal have published clinical trials and right now many people are eager to try the newer, chewable hair gummies like those from Evolution_18 by make-up mogul turned natural-health advocate Bobbi Brown).

Kevin Mancuso, the New York hair stylist and trichologist who made his name working with supermodels in the ’80s, has followed his high-profile clients, trichologically speaking, through thick and thin. He believes that while stress to the scalp in all its forms – whether hormonal, nutritional, environmental – undoubtedly contributes, there are other factors too. “I am very sure that this whole trend for people not washing their hair so frequently is a contributing factor,” he says. “There is now some evidence about the damage oxidative stress – from things like pollution – can cause to the scalp. You wouldn’t go a week without washing your face, and nor should you your scalp and hair.” Chemical processes like bleaching and straightening can also affect hair growth, he says: “People sit through 20 years of tingling and burning, which can cause burnt-out hair follicles and scarring. And where there’s a scar, nothing is going to grow.”

But beyond the vitamins and the products, another solution to achieving full, lustrous hair is emerging: wigs. Of course, they’ve been embraced by the black community for years, and the work of technicians like Tokyo Stylez (who makes wigs for Kylie Jenner) and Isaac Davidson has been instrumental in propelling the category forward, both technically and creatively. But even among committed wig-wearers, there’s renewed excitement: “It’s all about the ’90s right now,” one wig wearer in her early 20s tells me. “Everyone’s looking at how Lil’ Kim used to wear them – owning the fakery, but making it look like she’d been born to wear them.” And from Beyoncé to Lady Gaga to the Kardashians, wigs are being worn with the insouciance of someone who’s done little more than changed their nail polish or had a spray tan.

Like so many of the niche beauty trends that have now crossed over into the mainstream, the great paradox of it all is that as wigs get more and more realistic, we care less and less about how “real” we actually look. Thinning hair may be depressing, but radical transformation is liberating: “fake” is fun. “It used to be that if you wore a wig, you were either ill or going to a hen party,” says hair stylist Luke Hersheson. “There was a stigma attached because either way, they never looked very convincing.” But not any more. Hersheson and the hair extension specialist Hadley Yates, who works in Hersheson’s Harvey Nichols salon, decided to come up with a new service when they noted the surge in clients “from their mid-30s and up” booking for the salon’s Hair Filler service, which uses near imperceptible extensions to add fullness, not length, to hair.

A trained wigmaker, Yates has since developed two services offering “fantastic, full-blown wigs” catering to a wide spectrum of wearers. The first option is a ready-to-wear style (most of the wigs start life long and blonde, as they’re the easiest to cut and adapt) that can be cut, coloured and shaped to fit within a few days (from £1,750). There’s no definitive menu of styles because each one is so personal. In fact, if you’re already a Hershesons client, the wig will be cut and coloured by your regular stylist who knows you best, as all staff are trained to work with wigs.

The second is a totally bespoke service that takes a minimum of six weeks and costs, as Hersheson himself admits, “a fortune” (from £3,700). This wig is totally handmade by Yates in a painstaking process of pulling hair strand by strand through an ultra-fine lace – which takes, he says unblinkingly, “56 hours”.

What’s striking is how little the bespoke wigs weigh; they’re light years away from the stiff, “helmet head” pieces of the past. The base is almost entirely lace, and they only use a thinnish strip of PU (the rubbery polyurethane that used to cover the entire underside, swimming-hat style) at the back. Ironically, they consist of much less hair than they used to. “You’d get these machine-made wigs that were very thick; they used to rack on way too much hair and you’d have to spend the whole time thinning them out to look anything like realistic,” says Yates. “Also, they all had fringes and they all had to be parted one way – but now, thanks to such a realistic hairline, they’re much more versatile.”

It’s the imperfections that make them so ingenious. There might be baby frizz around the hairline and roots will often be dyed in as well. You can even have the odd split end if you want to. But would you want to? It depends whether you care if anyone knows.

For the model Amber Jean Rowan, it’s all about “owning” your wig. Now 27, she inexplicably lost all her hair following a bout of alopecia at 15, just as her modelling career was beginning. Today, she’s most often seen bald “even when modelling, which is amazing”, she says – but she still has a wardrobe full of well-loved wigs and will wear one for a meeting or a night out – just to mix things up. “My friends never know what they’re going to get,” she says. “It’s like choosing your shoes or a bag – only with added ‘personality’ built in.”

Rowan started an online platform – Hairfree.life – as a forum for people to discuss hair thinning and for her to share tips she’s learnt about wearing and styling wigs. “People who make wigs aren’t often stylists, so you can end up with that “wiggy” look – too much hair, all the same colour, no layers, too thick around the parting. People think they should look perfectly styled, but messy hair on a wig is always best: have a bit of a beachy look instead of straight. And have it cut into a really good, ‘shabby chic’ shape.”

It’s Hershesons’ trademark cool, artfully undone cuts that will help set its wig service apart. “You can have anything you want,” says Luke Hersheson. “And once you’ve worn it one way for a while, do something else with it. These days appearance is about surprise and change. It’s expensive, but it can give you total freedom. Isn’t that the biggest luxury of all?” 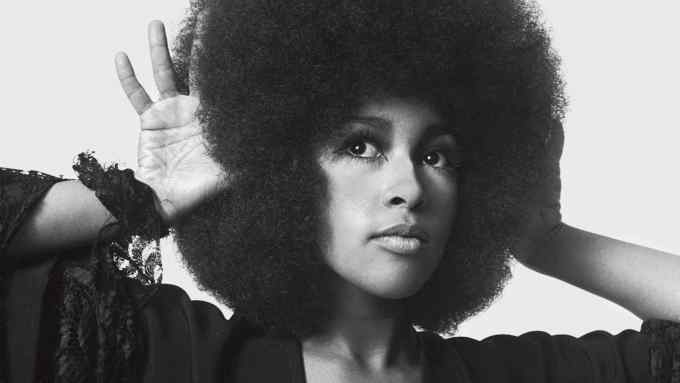