If you are already an adult, the chances are that Joel Rose’s elementary-school mathematics classes are like nothing you have ever seen.

Children “check in” to see which station they are assigned to and then work through individually tailored combinations of activities — study with computers, with peers, with printed materials or with the teacher — before taking a quiz, called an “exit slip” at the end.

“It’s a big shift from the traditional mindset,” says Mr Rose, whose New York-based Teach To One math platform is now used in 37 schools across the US, serving about 10,000 children. “But it can’t be true that live, teacher-led instruction for all kids at all times is the best way for each of them to learn.”

Welcome to personalised learning (PL), the fast-emerging face of education that is changing traditional approaches to how we educate young minds by tailoring the content and intensity of study to an individual students’ needs, abilities and goals.

Linda Shaw, department head of disability and psychoeducational studies at the University of Arizona, points out that the concept of PL has been around for a long time but did not catch on until recently because teachers lacked the tools to tailor material in a highly personalised way.

Video: Robots in the classroom push boundaries of education

“It’s almost impossible to pull off in a traditional school setting,” she says. “You normally have one teacher with a huge number of kids and it’s just not possible — even when you know that kids’ learning needs are different.”

What has changed everything is technology. Tech companies have produced a wide array of products, courses and platforms that now allow educators to provide a classroom full of different children individualised material designed to suit their particular needs. Facebook’s Mark Zuckerberg and many other leading figures of the tech scene have championed PL, donating chunks of their fortunes to fund research, innovation and help create hands-on learning applications — all under the PL umbrella.

Anthony Salcito, vice-president of education at Microsoft, says “the journey towards personalisation has been a goal for education leaders all over the world for the last two decades . . . we have the most creative, expressive generation of students ever, and we have to unleash that.”

As part of its investment in PL, the Washington State-based company offers Minecraft: Education Edition, a version of the popular game that comes with 250 lesson plans covering subjects as diverse as chemistry and history, as well as a range of free-for-school products.

According to the research arm of Education Week, a leading industry publication, 97 per cent of district leaders surveyed last year in the US said that their districts had invested in some form of PL for schools.

Yet PL has also attracted plenty of criticism. Concerns range from the perceived negative effects on kids of prolonged screen-time from computer-learning to worries that PL breaks down subjects into such small bites that learners will fail to understand the wider picture. There are fears that technology companies might try to use teaching programs as a way of mining data on the subsequent generations of students. Then there is the threat of hacking educational technology systems, and the potential for theft of personal data.

One of the problems, argues John Pane, a senior scientist and education specialist at California’s Rand Corporation, is that people have diverging ideas about what it means. “PL hasn’t been well defined in terms of what it really is,” he says.

50 ideas to change the world

We asked readers, researchers and FT journalists to submit ideas with the potential to change the world. A panel of judges selected the 50 ideas worth looking at in more detail. This third tranche of 30 ideas (listed below) is about new ways to handle information and education. The next 10 ideas, looking at advances in healthcare, will be published on March 5, 2018.

At its heart, he says, PL moves away from the traditional system of organising children into age groups where every child is supposed to learn set material for that year — an approach that he describes as “problematic for children who are more advanced or who have fallen behind”.

He says that children working with his system, which uses a computer program to design the daily lesson content for a student based on his or her progress from previous classes, have made a year-and-a-half’s-worth of gains in one school year.

At Belmont-Cragin elementary school in Chicago, Principal Stacy Stewart started to revolutionise the way her teachers did their job four years ago, putting PL at the centre of the school’s approach to education. “We have about 576 students,” says Ms Stewart. “Fourteen per cent have individual plans for special education, 60 per cent don’t have English as their first language. That paints a picture of why we needed PL.”

Ms Stewart says about 50 per cent of her students are now at or above grade-level compared with just 38 per cent before the school started PL.

The wider evidence so far is mixed. In a 2015 study Mr Pane of Rand found that students using personalised learning made greater progress than their peers. However, in a subsequent 2017 study of schools implementing PL, he found that students made only modest gains. In both studies there were schools that performed less well with personalised learning that they would have with traditional methods.

The 2017 study also highlighted some difficulties of PL implementation: the widely varying technology products often did not integrate with existing data systems, teachers’ efforts to develop personalised lessons were very time consuming, and personalised learning plans were sometimes at odds with what was needed to pass standardised tests.

This story has been updated to reflect that Minecraft: Education Edition is not necessarily among Microsoft’s free-for-school products 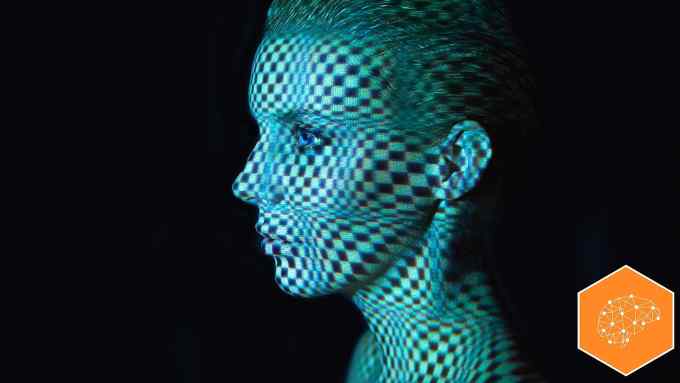 The FT enlisted the help of readers, researchers and entrepreneurs to find 50 new ideas that will shape the world in the future.

The ideas address the challenges of a growing world population, resource scarcity, handling information as well as healthcare, and look beyond our planet to explore new frontiers and solve common challenges.