The asset manager urges shareholders to put pressure on JPMorgan, Citi and Bank of New York to waive charges

VanEck is calling on its Russia ETF (RSX) shareholders to put pressure on three banks to waive the fees they charge on certain depository receipts of Russian companies, the ETF sponsor disclosed earlier this week.

The fees are unwarranted because the Ukraine war resulted in some such instruments’ becoming illiquid, VanEck said in a letter to shareholders of the $37mn VanEck Russia ETF.

“If you are a current shareholder of RSX, please contact the investor relations personnel at JPMorgan, Bank of New York and Citibank if you agree,” VanEck said in the statement.

The majority of RSX’s exposure to Russia is in the form of depository receipts. Depository receipts represent stocks that are listed in a country where local custody or trading is challenging for international investors, VanEck explained in the notice. The instruments are administered by banks and can be converted to local shares.

But Russia’s late February invasion of Ukraine led most exchanges to halt trading in depository receipts of Russian companies, rendering the instruments illiquid.

Although the VanEck Russia ETF stopped trading in March, the product is still operational, the company noted. Its net asset value, which has declined more than 95 per cent since February, is still calculated every day.

Most of the depository receipts are valued at or close to zero, and fund expenses have shrunk in line with the fund’s net asset value.

“However, one source of expenses has not fallen, and now represents a shockingly high percentage of fees paid by shareholders,” VanEck said in the statement. “The banks that charge depository receipt fees have not, despite being asked, reduced their fees.”

Total annual depository receipt fees for the Russia ETF are an estimated $450,000, or 1.2% of the product’s assets and about two times the product’s total expenses before the war began, the firm noted.

VanEck’s letter refers to “any affected depository receipts linked to Russian securities which no longer trade . . . and where conversion to local shares is being forced,” VanEck said in a statement.

VanEck has waived its 50-basis-point management fee on the fund, the letter to shareholders stated.

“We are asking the banks to be reasonable with their depository receipt fees as well,” VanEck added.

“We believe it is important to inform shareholders that the fees charged by the depository trust banks . . . are significantly eroding the remaining assets of [the Russia ETF],” the letter said. 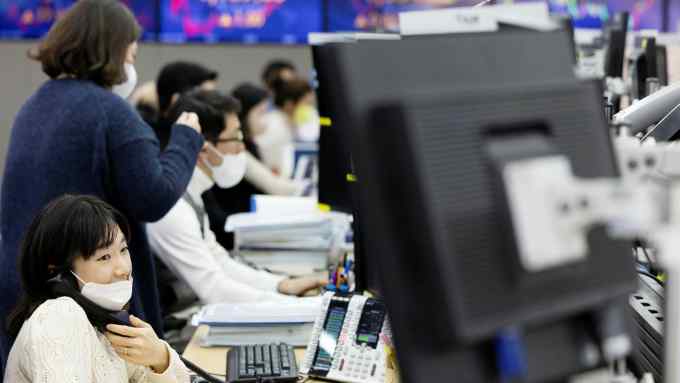