Bond investors brace for change of tack by central banks

We’ll send you a myFT Daily Digest email rounding up the latest US Treasury bonds news every morning.

The world’s central banks have spent the last 18 months buying up debt at a record rate, helping to prop up bond prices even as governments borrowed unprecedented amounts to fight the Covid pandemic. Now, bond investors are left wondering what happens when they stop.

The US Federal Reserve could “easily move ahead” with plans to “taper” its $120bn a month of asset purchases from November, Fed chair Jerome Powell said last week. The Bank of England has gone further, saying it will cease to buy bonds when its current £150bn round of quantitative easing runs out at the end of the year. Even the European Central Bank, which faces more subdued inflationary pressures than its US and UK counterparts, has begun to trim its crisis-era purchase programme.

For Pimco founder Bill Gross, this turning of the tide is worrying. Earlier in September he labelled bonds as “trash” — questioning how willing private investors will be to buy up the supply of US Treasuries once the Fed steps back.

With any sharp fall in government bond prices — and rise in yields — likely to filter through to riskier debt, such as corporate bonds, the now-retired “bond king” suggested that the four-decade fixed income rally on which he built his reputation may be headed into reverse. Yields have “nowhere to go but up”, he said.

Many big players in today’s bond markets agree with Gross that bond yields, which plumbed record lows when the Covid crisis struck last year, are likely to climb as an economic rebound from the pandemic — along with a global surge in inflation — cause central banks to curtail their programmes of asset acquisition.

But there is little sign they share his alarm about a decisive turning point in a rally that stretches back to the early 1980s.

Federal Reserve
The Fed prepares to tighten: five takeaways from its latest meeting 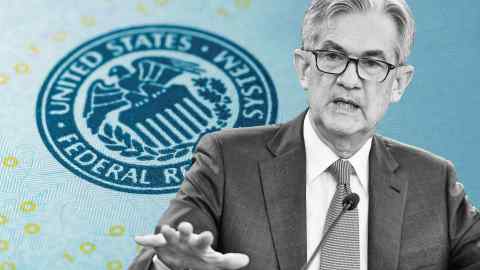 “We are expecting yields to rise as our central case — probably most in the UK, followed by the US and least in the eurozone,” says Gareth Colesmith, head of global rates at Insight Investment, an asset manager. “But we’re talking about a gradual response to a gradual fiscal and monetary change — this isn’t bond vigilantes taking their big clubs out. It’s not a disastrous outlook for fixed income by any stretch of the imagination.”

Colesmith points out that the huge central bank purchase programmes of the past 18 months have mirrored an expansion in borrowing by governments. As central banks wind down their efforts, so the fiscal authorities are expected to slow down the pace of bond issuance. The relative pace of these two processes is what matters, he says — and the picture varies between economies.

In the eurozone, where quantitative easing is expected to remain a feature of the landscape for longer, governments may be more anxious to rein in their budget deficits. Analysts at Barclays predict net government bond issuance of €490bn next year, down from €650bn in 2021. Once continuing ECB buying is taken into account, the new supply of sovereign debt reaching markets will be “not far from zero”, they calculate.

In the US, by contrast, the supply of Treasury bonds net of Fed purchases will remain firmly in positive territory in 2022 at more than $1.3tn, TD Securities forecasts.

Of course, the outlook for bond markets is not simply a matter of the crude arithmetic of government supply and central bank demand. Ultimately, the path of yields will depend on the outlook for growth and inflation, argues Simon Lue-Fong, head of fixed income at Vontobel Asset Management.

As long as investors believe the current burst of inflation is likely to prove transitory, yields shouldn’t rise too far. Indeed, the global bond rally this summer, which accelerated just as investors were beginning to speculate about the Fed “tapering” its asset purchases, offers a cautionary tale for anyone who assumes central bankers are always in the driving seat.

“The macro outlook trumps the tapering story,” reckons Lue-Fong, who argues that the powerful forces that pushed down inflation and interest rates over the past few decades remain in place. “Demographics, digitalisation — these are big trends that will keep rates low for the rest of my career,” he argues.

However, even if it is not their central expectation, many investors still worry about the havoc a sharp rise in government bond yields could wreak in markets for riskier debt. So-called spreads on corporate bonds — the extra yield they offer compared with safe government debt — are close to their narrowest levels on record. That reduces the scope for them to narrow further and soften the blow of higher government yields.

If yields and spreads were to rise together, the results for some corporate debt could be disastrous, argues Andrew Jackson, head of international fixed income at Federated Hermes, the US investment manager.

“Spreads everywhere are pretty flipping tight,” he says. “One of the big dangers is that the market has become complacent about the relationship between interest rates and credit spreads.”

In an environment of rising rates — which typically accompanies a strong economy — he suggests investors should steer clear of the most highly indebted companies which might struggle to refinance their borrowings. Instead, they should stick to those that still offer some spread but are positioned to benefit from an upturn in growth.

“If rates jump higher, there are definitely places you can hide within fixed income,” Jackson says. “But you have to be careful.”