The podcasts that give voice to a new form of storytelling

How the spoken word is breathing life into fiction
Nilanjana Roy 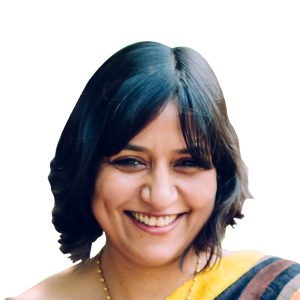 Readers listen, but not in exactly the same way as they read. With a book, you hear the voices of the author and their characters, distinct and loud in the chamber of your own head. It is different when you listen to stories told by someone — the nightlong cycles of “kathas” narrated by expert dramatisers in India, writers speaking their own words, radio novelisations and fiction podcasts. But the word was meant to be heard as well as seen, one way or another.

Podcasts took off in 2004, when the iPod and high-speed broadband made audio broadcasts widely available and easy to download, though they were around even earlier in the form of audioblogs. In the past five years, podcasting has become far more mainstream — Nieman Labs suggests that there are about 350,000 podcasts today, many of them making the number 1 slot on iTunes. As the form has grown, so has its ability to breathe new life into fiction.

Some of the most compelling podcasts in 2017 are like slicker modern versions of old-school radio drama. I’m drawn to the storytelling and unpredictability of Homecoming, now in its second season, a tangled psychological thriller about a caseworker at an experimental project helping soldiers integrate on their return from theatres of war, told through clips of conversation and therapy sessions.

Welcome to Night Vale, another favourite, started in 2012 in a “friendly desert community where the sun is hot, the moon is beautiful, and mysterious lights pass overhead while we all pretend to sleep”. It’s still going strong, with two episodes released every month in the form of updates from the community of Night Vale: “Dogs are not allowed in the dog park. People are not allowed in the dog park . . . Try not to look at the dog park.” Some of the newer entrants, such as Bronzeville, which kicked off in February, bring a documentary feel, embedding fictional characters in a real place — in this case movers, shakers and hustlers from the black community in the South Side of Chicago.

It’s an exciting field, rapidly pulling in professionals — David Schwimmer and Amy Sedaris lend their voices to Homecoming, while Bronzeville was co-directed by and stars Laurence Fishburne — while remaining far more experimental than big-studio television or radio programming.

Sci-fi and fantasy, always first to new playgrounds, continue to dominate fiction podcasts. Tor Books, one of the biggest publishers in the field, debuted Steal the Stars, a 14-episode audio drama, this August. It features government employees guarding a crashed UFO and falling in forbidden, against-the-regulations love, plus a seven-foot grey alien.

It would be perfect for fans of Limetown, a 2015 hit that follows the fate of a town after 300 of its inhabitants vanish mysteriously, or The Black Tapes, whose paranormal investigations have continued into 2017. For “strange stories, by strange authors, for strange listeners”, raid the archives of The Drabblecast, which began as an audio fiction magazine back in 2007 and last posted this January.

I was relieved that The Bright Sessions, Lauren Shippen’s 2015 radio drama about a psychotherapist whose patients have superpowers (and nervous breakdowns), will have new episodes from October. It’s one of the smarter fiction podcasts around, and Dr Bright’s three patients — a time traveller, an empath and a telepath who initially thought she was hearing the voices of angels — are going through stuff that goes way past the average midlife crisis.

For fans of more traditional literature, podcasts at their best are like making a direct connection with your favourite authors. The New Yorker Fiction podcast might be the best known, and I have a soft spot for its series of authors reading from the work of other writers — Junot Diaz reads Edwidge Danticat, Salman Rushdie reads Italo Calvino, Anne Enright reads Frank O’Connor — as well as writers reading their own short stories.

Michael Silverblatt is a brilliant, thoughtful interviewer, and his Bookworm gives you the inside track on authors from George Saunders to Yiyun Li and Arundhati Roy. David Naimon’s Between the Covers does wide-ranging author interviews. His subjects range from William Gibson, Sheila Heti and Nicole Krauss to less well-known writers, and he’s a great resource for readers with inquiring minds.

These brief listings, inevitably, leave out so much that’s good — from the grimy horror of Rabbits to the flashy SF of ars Paradoxica. But fiction podcasts are rapidly becoming their own distinctive genre, as writers and production teams push at the possibilities of building a world in sound rather than print. They might have roots in the familiar territory of radio drama, serial novels and writers’ interviews, but the most ambitious among them seem to be creating a hybrid way of storytelling.

Listening is a subtly different pleasure from reading, and the best of these feel not so much like audiobooks, but like fiction written for the ear and the voice.

Nilanjana Roy is the author of ‘The Wildings’ and ‘The Hundred Names of Darkness’. @nilanjanaroy