The UK government is exploring whether the country could become a hub for exchange traded fund launches as it looks for ways to boost the asset management industry outside the EU.

The UK Treasury on January 26 launched a wide-ranging industry consultation on the future shape of fund regulation in the UK.

Among the areas being examined by the government is whether the UK could become a centre for ETFs as it is “not aware of any significant remaining barriers” for ETFs to be domiciled in the UK, although it notes that “few have ever been located here”.

The government said it had received feedback from market participants that the prospect of asset managers redomiciling ETFs to the UK was “unrealistic” as it would be “expensive for firms and could create tax liabilities for investors”.

The UK, instead, plans to focus on legislative proposals that would enhance the UK’s reputation as a location for the creation of entirely new funds.

Meanwhile, the government said it also wanted asset managers’ views on whether it was right to focus on the alternative fund market as a potential growth opportunity after Brexit.

The government said it had been informed that the lack of EU passporting rights meant the prospect of UK funds dominating the retail investment market were limited and so it was instead focusing on alternative funds because “the challenges around market access faced by retail funds do not apply to the same extent”.

UK chancellor Rishi Sunak announced last November that the UK could launch its first long-term asset fund, a UK version of the European long-term investment funds, within the next 12 months.

The LTAF is intended to allow investors, including defined contribution pension funds, to invest in illiquid assets such as infrastructure and venture capital.

Boosting the number of fund administration jobs in the UK, particularly outside of London, is also a key ambition.

A number of tweaks to existing tax rules for multi-asset funds, real estate investment trusts and limited partnership funds are also being considered, while simplifications of the rules for asset holding companies are under review.

A consultation on tax simplifications to make it easier to structure asset holding companies was announced last year and is due to close at the end of February.

Nathan Hall, partner and asset management tax specialist at KPMG in the UK, said: “It is encouraging to see that the government values the industry, is taking steps to ensure that the regulatory and tax regimes are fit for purpose, and is committed to further strengthening the UK’s global market position.

“Clearly there are some gaps in the current regime that could be addressed — not least the opportunity to create new structures for long-term asset funds, asset holding companies and a suitable professional investor fund vehicle.”

Mr Hall added that fund managers would also “need to be mindful of the bigger picture and how the sector is evolving”.

“Any changes to [capital gains tax] rates or development of technology could influence what the best long-term regime looks like,” he said.

*Ignites Europe is a news service published by FT Specialist for professionals working in the asset management industry. It covers everything from new product launches to regulations and industry trends. Trials and subscriptions are available at igniteseurope.com.

Get alerts on Financial services when a new story is published 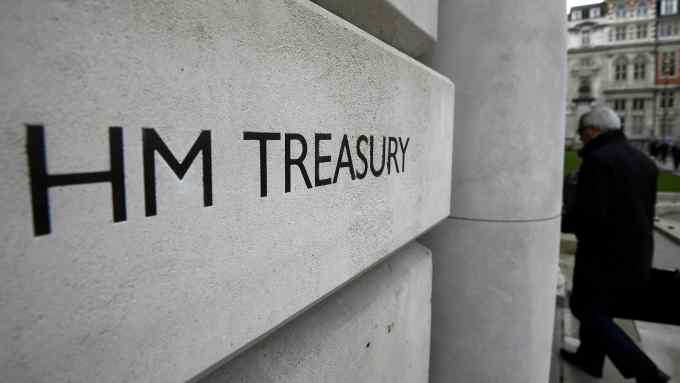