China’s second logistics-focused exchange traded fund debuted this week even as the country’s battle to curb the spread of the Omicron variant with strict lockdowns continues to stretch global supply chains.

As of January 10, the Yinhua ETF held only 27.2 per cent of its assets in Chinese stocks as it was still building its portfolio, according to its listing announcement.

The underlying benchmark closed at 1,352.5 yesterday, up 17.5 per cent since the beginning of last year and 26.9 per cent since January 2020, as the pandemic spurred demand for online shopping with the central government implementing frequent regional lockdowns to maintain its zero-Covid target.

The Fullgoal strategy has returned 14.9 per cent since inception, Wind data show, with its benchmark outperforming most broad-based indices in the meantime. Nonetheless, the ETF now runs only Rmb43m in assets, an 85 per cent plunge from the new subscriptions it first garnered.

While the steep fall in fund assets is common as Chinese investors often rush to buy new funds only to offload to chase newer ones, it could also highlight lingering weaknesses in domestic consumption, which have arisen in part due to Chinese policymakers’ hardline measures to eliminate all coronavirus cases.

A lockdown in the central city of Xi’an is now in its third week, with about 13m people still cooped up in their homes. Mandatory testing has been imposed in Tianjin, a populous port city near Beijing, as well as in several manufacturing hubs in the central Henan and southern Guangdong provinces.

On January 15, Beijing reported its first locally transmitted case of Omicron, just weeks ahead of the Chinese Lunar New Year holiday and the Winter Olympics.

The latest restrictions have exacerbated supply chain chaos in recent months. The container port at Ningbo in east China, the world’s third-largest, has suspended some trucking services after a local outbreak, aggravating ship congestion.

Meanwhile, carmakers Volkswagen and Toyota both closed their Tianjin plants last week. In Xi’an, Samsung has struggled with staff shortages because of the lockdown.

In a sign of nagging anxiety among Chinese consumers, retail sales saw a year-on-year increase of just 1.7 per cent in December, the slowest rate in 14 months.

But even as businesses operating in China grapple with raw materials shortages and shipping bottlenecks, the growth in the local logistics sector, well buttressed by the largest digital shopper population in the world, is predicted to continue on the upward trend it has tracked over the past six years.

Between January and November last year, Chinese courier services delivered almost 98.1bn parcels within the country, according to the Ministry of Transport, up by 32.3 per cent from a year ago.

Chinese suppliers’ revenues increased almost a third between 2016 and 2020 to Rmb10.5tn, data from China Commercial Industry Research Institute show. The figure for 2021 is expected to reach Rmb11.3tn, a slight dip in expansion but still above pre-pandemic levels. 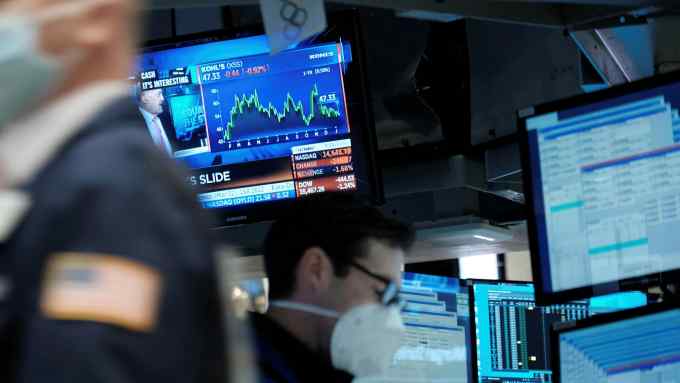