‘Profit with purpose’ unlocked in Africa and Asia

In the mid-2000s, at the height of the Aids epidemic in South Africa, almost none of the roughly 5.3m people diagnosed with HIV could get life insurance. Traditional insurers figured the disease was a death sentence and that those who had it would not live long enough to pay sufficient premiums. At least one in six adult South Africans was in effect uninsurable.

AllLife was set up in 2005 to address both an unmet social need and a business opportunity. Its proposition was simple: it asked policyholders to commit to taking the antiretroviral medication that was then becoming affordable. The insured agreed to six-monthly viral-load tests to demonstrate they were adhering to medication regimes. So-called continuous underwriting meant that patients lived longer — almost as long as people without HIV — and that AllLife had a large enough pool of paying policyholders to make a profit.

AllLife is the just the kind of company that interests LeapFrog Investments, an impact investor specialising in insurance and healthcare in Africa and Asia. LeapFrog was established a decade ago, long before the term impact investment came into vogue. Its mission is “profit with purpose” and is printed on the business cards of its chief executive and co-founder, Andy Kuper.

LeapFrog says it is the first dedicated impact investor to raise $100m and $1bn respectively and the largest equity investor of its type in the world. Back in 2009, AllLife was its first investment: it put in $6m.

Kuper, a South African, cut his entrepreneurial teeth on an early but ultimately failed experiment to persuade poor Indian farmers to drip-irrigate their fields. He was convinced that the scheme had a 95 per cent chance of tripling farmers’ yields, thus rescuing them from poverty. The problem was that the 5 per cent probability of failure meant, as he puts it, the farmers’ children might starve to death.

That lesson provided the germ of an idea: to find socially impactful businesses with a 95 per cent chance of success in which no one would invest. In 2007, he set about raising capital for an investment vehicle that would do just that — at scale. Initial backers included Pierre Omidyar, founder of online auction site eBay, and financier George Soros’s foundation. Since then, LeapFrog has raised money from the likes of insurers Axa, MetLife and Swiss Re.

“There were these wonderful businesses that served emerging consumers that had a huge impact on the world but were misunderstood,” he recalls of the search for investible companies. A decade later LeapFrog, which usually invests between $10m and $50m, has 23 investments in 33 countries. It estimates that its companies have a total of 130m customers.

“We believe we can outperform conventional private equity firms because our companies target the 4bn emerging consumers [whose] income is growing fastest relative to the current base,” he says.

Demographics plays a big role in LeapFrog’s thinking. All the world’s population growth is expected to occur in either Asia or Africa. Both are expected to expand by roughly 1bn people by 2050; Asia’s population will then stop growing, but Africa’s is likely to double again to 4bn by the end of the century, according to UN projections.

While many see disaster in those numbers, especially in Africa, Kuper sees opportunity. “It is so important to reframe low-income Africans as ‘emerging consumers’,” he says. “You have to look past the shorter cycles and see where the demographic destiny is.”

It is much harder than investing in your local company in Germany or Idaho, but that doesn’t mean there aren’t amazing opportunities

Though LeapFrog’s numbers are not public, Kuper says the businesses in which it is invested grow their revenue on average by 30-40 per cent a year. He highlights Bima, a micro-insurance business in which LeapFrog invested in 2013. Based in Stockholm, Bima started out in Ghana selling life, accident and health insurance by phone to low-income consumers for as little as 30-50 cents a month. Since then, it has expanded to 16 countries in Africa and Asia and has more 20m policyholders. It also provides telemedicine services, offering basic medical consultations by phone. Last December, Allianz, the German financial services company, bought the bulk of LeapFrog’s stake as part of a $97m deal.

LeapFrog itself has branched out into medical care, spending $22m in 2016 on a stake in Goodlife, a Kenyan pharmacy chain that provides simple diagnostic tests on site for conditions such as high blood pressure, diabetes and HIV.

LeapFrog has also invested in pension companies. “We think the pensions space in Africa is really exciting and important,” says Kuper. “With people living longer, it is absolutely critical they retire into dignity and not into dependence. There is a massive business and a massive social opportunity.”

The first investment in AllLife has paid off too. The company now covers 100,000 people. Last year, it formed a partnership with Royal London, a UK mutual insurer, to offer cheaper insurance to diabetes patients who agree to share their medical test results with the company. It is an example, says Kuper, of an innovation spreading from Africa to the west.

He has little patience for private equity companies that say they cannot find sufficient deal flow in Africa. “Of course, it is much harder than investing in your local company in Germany or Idaho,” he says. “But that doesn’t mean there aren’t amazing opportunities.” 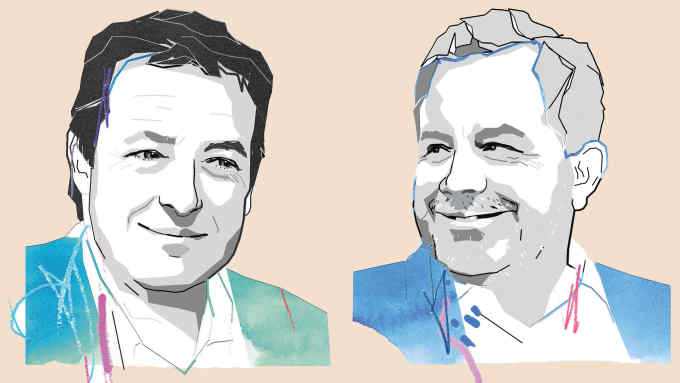