Does your skin need a shrink?

Stress, anxiety and trauma all manifest themselves in your complexion – which is why the latest beauty treatment is the talking cure

Your skin is an emotional roller coaster. But in all its 300-million-year evolution, this fragile outer layer – the shell that makes us who we are – has arguably never seemed more fascinating than now. The combination of abnormally high stress levels and the elevation of skincare regimes to stave off boredom mean we’re looking at it, smearing things on it and talking about it like never before.

It’s not hard to see why: working from home, we are not only faced with our own image on daily calls, we’re also likely to be somewhere with close proximity to a mirror. We notice every little change, from the deepening under-eye shadows as the week wears on to the way our complexion springs back after a weekend lie-in. We wonder what causes the differences. Nose looks a little congested: too much dairy? Random spot appears on the chin: hormones? But now that beauty halls aren’t providing us with the opportunity to loiter and discuss (known in beauty circles as the “skin-wag”), who is here to provide answers and ideas? That’s where the skin shrinks come in.

They’d never refer to themselves that way of course, but skincare professionals – dermatologists, facialists, online beauty gurus – are increasingly aware of the space their clients crave just to talk. “On a practical level, the more information a client shares during their consultation, the more likely we are to be able to help them,” says facialist Sarah Chapman, who introduced a dermatology clinic, Skinesis Medical, to her treatment business this autumn. “On an emotional level, speaking about skin issues can bring up a complicated mixture of feelings – and as with any therapy, it can be beneficial to open up about these.”

Of course, the pursuit of perfect skin has become a thinly veiled attempt to make everything feel better: calm things down; smooth things over; scrub them clean. “Cell care is the new self-care,” proclaimed a recent campaign from skincare guru Augustinus Bader. And, frankly, who hasn’t had unpredictable skin this year? “There’s a lot of to talk about,” sighs Sarah Brown, founder of the brand Pai, which began life 13 years ago as an organic solution for sensitive skin. The brand has always been big on “skin chat” as therapy, and offers possibly the longest free consultation of any skincare name: a full 30 minutes by phone. (Bookings increased by 72 per cent during lockdown.)

Is there that much to say about skin? Well, yes – and no, says Brown, because what starts as a conversation about managing unexplained breakouts almost immediately descends into a confessional about boyfriends, backaches and everything in between. “When people have skin issues, the question they always ask is, ‘What face cream shall I use?’ They think the fix is always a topical one,” says Brown. “But you get them talking for a minute about their skin, and so often it all comes tumbling out. We regularly go the full half-hour without even getting onto products.”

The Pai team don’t profess to be doctors or dermatologists – just good listeners who have come to understand intimately how to find the things in your life that could be impacting your complexion. There was the aspiring opera singer who struggled with nerves and would get a rash directly around her mouth. The woman whose rosacea was triggered whenever a wayward sibling came back into her life. And “so many stories of psoriasis”, which Brown thinks is the skin condition most linked to emotional wellbeing. “I’ve seen psoriasis appear head-to-toe after someone found out their husband was having an affair; and in someone else who had a terrible road accident and needed to recover mentally from the trauma. Hers appeared, literally, the next day.”

The New York dermatologist Dr Amy Wechsler is more than familiar with how emotional talking about your skin can be. “We joke that it isn’t a typical day unless at least one patient has cried,” says the Chanel-clad, green-tea-drinking skin doctor from her super-chic Upper East Side office, “but we never let them leave that way.” She has also seen a surge of interest from patients this year, which she puts down to a combination of “people having time to focus, to introspect”, along with a spike in different issues. “What happened at the beginning of quarantine was that people started breaking out – pimples, rashes, so much acne,” she says.

Wechsler began her career as a psychiatrist. But one day while working with a teenager with bipolar disorder, she had a realisation: “This guy had a lot of stuff going on. But the thing that made him most distressed was his acne. And that’s when I realised that while I loved to learn about psychiatry, it wasn’t practical enough for me. But the link between the mind and the skin made total sense. Maybe that was a way I could really help.”

Wechsler is one of only a handful of people who practise both psychiatry and dermatology – disciplines she taps into to explore what she calls the “mind-beauty connection” (she wrote a book with the same name). It’s part of a burgeoning branch of medicine called psychodermatology, which seeks to understand scientifically the thing that we all know instinctively: that how we feel and how we look are undeniably intertwined. In fact, explains Wechsler, when embryos are developing, “the skin and the entire central nervous system are formed at the same time, and have an absolute embryological connection.”

Both Brown and Wechsler agree that the key to understanding the way in which our mind impacts our skin is to look at its stress response. “So many disorders are diseases of inflammation,” says Wechsler. “Cortisol triggers a pro-inflammatory response in the skin, which breaks down collagen. It makes the skin ‘leaky’.” Products centred around potent anti-inflammatories are friends of stressed skin: Wechsler, who is an adviser for Chanel Skincare, collaborated with the house on its sensitive skin cream, La Solution 10, created with anti-inflammatories to make skin “more resilient and less reactive to the environment and stress”.

Away from the psychiatrist’s chair, skin conversations are becoming more and more mainstream. Tina Craig, founder of the much-talked-about new brand U Beauty, believes that the influence from Asia has played a big part in this. “I grew up in a very strict Chinese household,” she says. “One of my earliest memories is being told to eat things like chicken feet and fish eyeballs by my grandma, and it was all to produce collagen. White fungus, lotus seed… everything we ate came with a sentence that said, ‘It’s going to make you healthy and give you good skin’ – because growing up in an Asian culture, good skin was the mark of beauty. The nicest thing you can say to someone is that their skin looks beautiful,” she adds. “People will literally come up to you and say that.”

Another thing that’s opened up the conversation is the willingness to share our woes (and triumphs) online. For a younger generation, this is second nature – and Gen Z are consulting experts more than ever. At just 21, Alicia Lartey is one of a new generation of online skin consultants who offer “coaching” and product recommendation sessions via video call. A third-year biomed student, she updates her followers with infographics on things such as barrier function, while at the same time sharing details of her own skincare journey. (Sample post: “On today’s episode of ‘my forehead’, I want to talk about our routines and goals. So please either share a goal or a routine below.”) 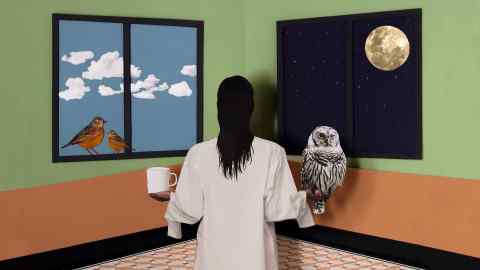 “My consultations are typically 30 minutes but I always block off an hour,” Lartey says. “Things can get quite emotional, but I would say I am often the emotional one when speaking to clients. Skincare is definitely therapy. I opened myself up because I want people to be more knowledgeable and use better products for their skin concerns.” Roller coaster aside, for Lartey, it’s the sharing that’s the good part: “We can all be connected in skincare, that’s why I love it,” she says. “Of course,” adds Wechsler, “the skin-mind connection can work both ways. So when you’re really happy, you can look amazing. That’s the beauty of it all.”

READ MORE12 life hacks to boost your mental health
Does your skin need a shrink? 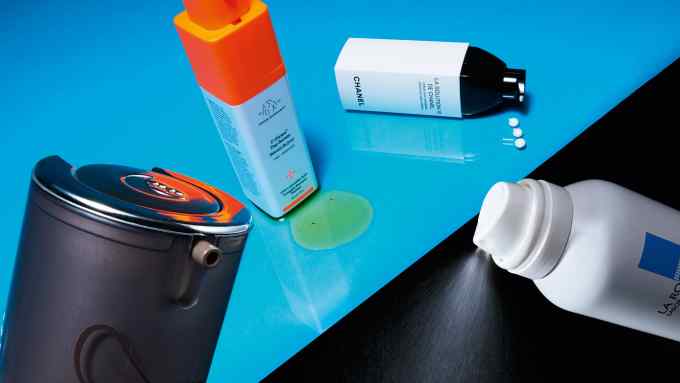