Among this week’s art fairs, this one offers the more subtle encounters

From cherry blossom and birds on the wing to moonlit landscapes and edgy glimpses of urban life, images of Japan both past and present dominate the booths at Photo Basel this year.

Held annually since 2015, the intimate 35-booth fair unfolds at the Volkshaus Basel, an inviting Art Deco space with a garden. This year, for the first time, it is being steered by German-born curator Daniel Blochwitz, who insists that the Japanese theme isn’t “intentional at all”. Nevertheless, when he started receiving proposals from participants, he realised that western dealers were embracing Japanese photography with remarkable eagerness.

“There’s a long tradition of interest in Japanese art, since the days of Impressionism,” he replies, when asked to explain this enthusiasm. “There’s something about the Japanese aesthetic that really resonates with Europeans — a mix of familiarity and exoticism. [And the way Japanese practitioners] handle photography is very different from the Europeans. It’s more poetic; and there’s more play with foreground and background. More flattening of space.”

In the vanguard is Antwerp gallery Ibasho, who have chosen to devote their booth to female Japanese photo­graphers on the grounds that women’s contribution to that country’s archive has been woefully overlooked. Highlights include Yoko Ikeda’s exquisitely observed moments of city living, which include “Kahoku Town” (2008, Sfr3,625), a shot of four pairs of pink slippers lined up with charming imprecision on a wooden step.

Ikeda is a worthy winner of the fair’s new ALPA award, which is sponsored by the eponymous Swiss camera manufacturer as well as a private collector from Zurich. Ikeda will receive a cash or equipment prize as well as selling one work to the anonymous patron.

Plaudits too to Ibasho’s Mika Horie whose decision to make her own gampi paper — she harvests the shrubs herself — for her landscape cyanotypes allows the blue pigments to soak through the pillowy surface with a sumptuousness reminiscent of ink drawings.

At Hamburg dealer Persiehl and Heine, a stunning carbon pigment print of Tibetan mountain “Kailash ≠75” (2000, €12,500) by US-based, Japanese-born veteran Kenro Izu splashes a pyramid of diaphanous light between two shadowy peaks to leave the viewer uncertain as to whether the white flash signifies rock or cloud. Also shrouded in seductive ambiguity are a series of silver gelatin prints from Kyoto-based Miho Kajioka (€850-€2,250) at Amsterdam’s Galerie Caroline O Breen. Kajioka’s silhouette of a solitary bird against above a grainy diagonal — tyre print? plane trail? — and the backview of a young woman as she vanishes down a staircase encapsulates this photographer’s interest in the concept of wabi-sabi (beauty in imperfection and impermanence).

Japanese influence was also notice­able in a posse of western practices. Leading the way are Spanish duo Anna Cabrera and Angel Albarran, here given a whole booth by Swiss photography specialists Bildhalle, who travel to Japan every year and use a plethora of techniques including toning their surfaces with tea and layering gold leaf on gampi paper. The loveliness of the images — goldfish scattered like blossom on a cloudy-blue pond, a trio of girls disappearing into darkness on a bridge — evoke western longing for eastern exoticism even as they challenge us not to fall for such clichés.

Beyond Japan and its ripples, a vibrant sea of photography from elsewhere beckons. On the Parisian space of Baudoin Lebin, for example, can be found both works by Robert Mapplethorpe, whose portrait of Andy Warhol (1986, eighth of an edition of 10) is on sale for a lofty €150,000, and the complex, mysterious images of contemporary African American photographer Ayana V Jackson. Three photographs from Jackson’s “Intimate Justice” series (2017, all €10,500) show the photo­grapher dressed in old-fashioned long skirts with her head covered as she whirls in apparent abandon against an empty black ground. These pictures leave the viewer grasping for references. Is this a celebration of liberty for black women? Or an ironic gesture of resistance at its ongoing absence?

Such fruitful uncertainties are ubiquitous at this year’s Photo Basel. Art lovers wilting under the weight of commerce grinding through the behemoth fairs should head to this compact alternative for lighter, more subtle encounters. 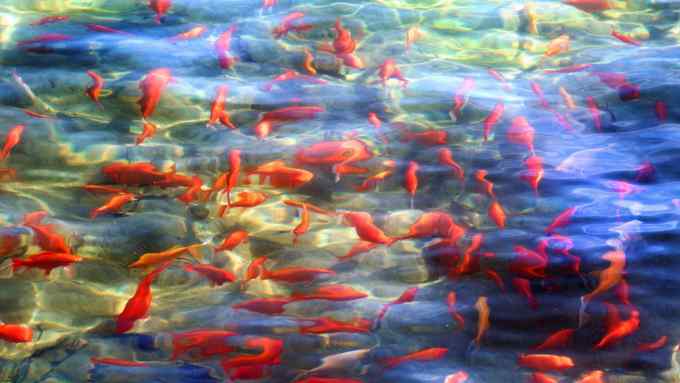 Art Basel’s flagship fair opens to VIPs on June 5, ushering in a week of exhibition openings and events in the city and beyond. Here’s our guide to what to see — plus the latest sales reports and market news