Australia’s higher education system has been one of the country’s worst hit sectors during the pandemic, as the stifling effects of border closures on international student numbers cut its revenue in half.

Covid-19, and the government’s response of strict border controls — part of its “Fortress Australia” policy — choked off the flow of overseas students. According to the Australian Bureau of Statistics, revenue from that vital resource for universities shrank to A$20.2bn ($13.8bn) in the year to June. That compared with A$38.7bn for the same period in 2019, before the pandemic hit.

Universities and their business schools were quick to switch courses online and devise ways to maintain engagement with students who were locked down and with no way of returning to their home countries. Nonetheless, enrolment from overseas slumped.

Government data show there were 956,773 international students enrolled in Australian universities in 2019, with more than 750,000 of them paying full fees on a student visa. That number has dropped to roughly 446,000 this year.

Eliza Littleton, an economist with the Australia Institute public policy think-tank, says the sector had become “increasingly reliant on international student fees, casual employment, and the underpayment of staff — dysfunctions which were exacerbated by the pandemic”.

She notes that Australian universities recorded revenue declines for the first time in eight years in 2021 which led to 35,000 job cuts — almost one in five — across the higher education sector.

Roy Green, emeritus professor and former dean of the business school at University of Technology Sydney, says this added pressure on academic staff to increase their teaching workload. Meanwhile, research projects — often funded from international student fees — have been cut, prompting many postdoctoral students and early-career researchers to move overseas. “It led to a demoralisation in the higher education sector,” he adds.

The geopolitical tension between Australia and China has also hit universities that had depended on a steady flow of international students.

Xiao Qian, China’s ambassador to Australia, was keen to stress the importance of the educational ties between the two countries, in a speech in June at the University of Technology Sydney. He pointed out that there were 131,400 Chinese students in Australia, accounting for 28 per cent of the country’s international student population.

35,000 Number of job cuts in Australia higher education prompted by the pandemic

That number, according to Australian government data, is up to 20 per cent lower than in the previous year — which is a steeper decline than that for students from other countries.

However, there are now signs that Chinese students could be returning in force. Jon Chew, global head of insights at consultants Navitas, says visa data for the first six months of the year suggests there has been a “full recovery” in the number of Chinese students. Roughly 40 per cent of those were returning students.

But Chew adds that the auditor-general in New South Wales has highlighted this dependence on Chinese fee-paying students. Seven out of 10 of the universities in the state now report that China is the leading source of overseas student revenue, creating a concentration risk.

The drop in Chinese students has been less acute for business schools, though, as the growing number of Indian, Nepalese and Indonesian students enrolling in recent years has reduced the reliance on Australia’s largest trading partner for revenue.

Moreover, domestic demand unexpectedly soared during the pandemic. Mark Barnaba, who sits on the board of University of Western Australia Business School and was its chair for almost two decades, says business schools proved the unlikely beneficiaries of the country’s strict lockdown protocols.

“The domestic market increased as people isolated at home [and] opted to study during lockdown,” he says. “Companies looking to retain labour also encouraged that and helped with fees. It was an unusual dynamic that, overall, benefited Australian business schools.”

Andrew John, associate dean of the Melbourne Business School, points out that, while its executive education business declined during lockdown, the institute had one of its largest ever intakes for part-time students from September 2020. “This did not surprise us,” he says.

The main change for Melbourne Business School has been a slowing “study rate”, with fewer students taking two subjects at once. “We are not sure if this is temporary, perhaps reflecting the pressure and burnout that, at least anecdotally, is being felt across the workforce in Australia, or whether it is a permanent shift,” John says.

Australia’s aim is to draw more international students back to its shores, with plans to cut visa complexity — not only to boost numbers, but also to tempt more of them to become permanent citizens.

Departing students have become a source of concern, for the higher education sector and the wider economy. If Australia loses its best students overseas but also fails to retain international students after study, it risks a ‘brain drain’. At the same time, with unemployment at near-50 year lows, the country faces a labour shortage.

The government has responded with proposals to lengthen visa durations and extend the right to stay and work for student visa holders — a key attraction for more international students to enrol.

And Barnaba, who is also deputy chair of mining group Fortescue and sits on the board of the Reserve Bank of Australia, believes the strict lockdown measures that froze out so many international students could even prove a boon, now that borders have reopened.

“Australia’s strict Covid restrictions kept fatalities low,” he says — “and, combined with the strength of the economy and general view of being a safe and enjoyable country to live in”, this could make Australia appear an attractive country in which to study.

Despite the “background noise” of geopolitical tension, Green suggests Chinese students will continue to have an important role in Australia and the funding of the higher education sector. “It’s like iron ore,” he says. “If someone said ‘let’s not deal with China,’ then the economy would go down the spiral. It’s the same in higher education.” 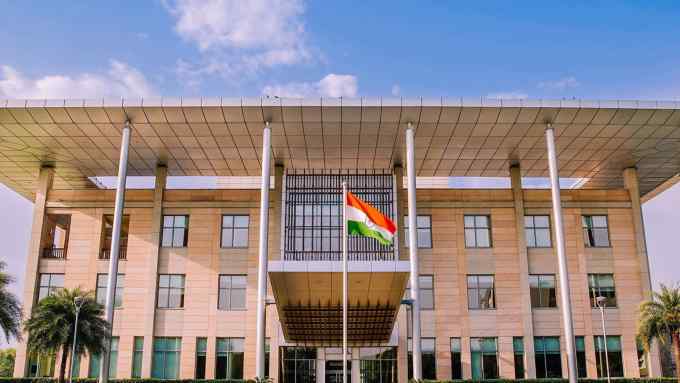