Friends to Keep in Art and Life by Nicole Tersigni

This new title from one of Instagram’s original art meme-creators offers an alternative reading of art history by imagining what the women of Renaissance paintings might be saying. “I’m thinking about getting bangs,” muses one. “If your boyfriend makes one more ‘joke’ about your cooking,” says another, “I’m going to stab him with your hat pin.” Chronicle Books, £10.99

Floyd made his name snapping candid portraits of Britpop stars in the ’90s and early Noughties (including the fresh-faced Arctic Monkeys), and has since gone on to photograph celebrities such as David Attenborough and Greta Gerwig. The portraits are now gathered in his first monograph. “If you know how to do what I do,” he says, “you can make anyone forget why they’re there.” Reel Art Press, £49.95

This Golden Mile by Kavi Pujara

On returning home to Leicester in 2016, just as the Brexit vote took place, Kavi Pujara began photographing “The Golden Mile”, the gold and jewellery shop-studded Belgrave Road. His vivid images capture the ways in which the city’s south Asian communities “re-articulated their identity to exist within an English context”. An exhibition is at the Martin Parr Foundation, Bristol, until 18 December. Setanta Books, £40

To mark the centenary of the British painter’s birth, Lucian Freud’s early letters are published together for the first time. They follow him through childhood notes to his parents (featuring an alphabet he created himself), art school requests for “MORE PAPER”, to accounts of Parisian encounters with Picasso, Calder and Giacometti. Thames & Hudson, £65

HTSI
Home and away: four new art books explore the meaning of home 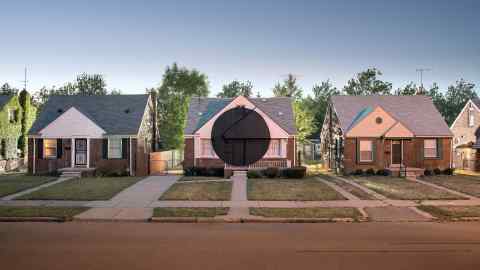