Exchange traded fund investors wanting to invest in the China growth story, but worried about regulatory winds buffeting the country’s internet giants, may take succour from the latest CSI 300 rebalancing.

December’s rebalancing of the CSI 300, China’s key benchmark of onshore-listed companies, has garnered cautious approval from both Morgan Stanley and Goldman Sachs, even as it comes after all kinds of bad news for those investing in China.

The US has expanded the number of Chinese companies on its investment blacklist; there are continued concerns over China’s indebted property developers; and there are fears of further regulatory crackdowns kicked off by the November 2020 cancellation of Ant Group’s IPO.

However, Goldman Sachs has called the CSI 300 revamp China’s “most significant index balancing so far”, noting that 28 constituents had been replaced, resulting in a heavier weighting to industrials and materials at the expense of the financial and consumer sectors.

Goldman said that 20 of the new additions were companies it had identified as likely to benefit from Chinese president Xi Jinping’s drive to create “common prosperity”, which meant they were “favourably exposed to strategic policy tailwinds”.

Due to a higher weighting of growth stocks, JPMorgan also reacted favourably to the rebalancing, revising forecast annual earnings per share growth from 13 per cent and 14 per cent for 2022 and 2023 respectively, to 15 per cent and 16 per cent.

The index moves came as no surprise to Phillip Wool, managing director of Rayliant, whose flagship Rayliant Quantamental China Equity ETF (RAYC) is focused almost exclusively on onshore Chinese stocks. The active ETF is benchmarked to the CSI 300.

Wool said overseas investors often had a poor understanding of the difference between onshore and offshore-listed Chinese companies and when they decided to invest in the China growth story they often, consequently, made poor choices.

“The more familiar investors are with the differences between onshore and offshore stocks — and indices, like the CSI 300, tracking the onshore market — the better positioned they’ll be to make an informed choice,” Wool said.

This could seem counter-intuitive for some investors. Jackie Choy, ETF strategist at Morningstar, pointed out that some of the best-known Chinese companies, such as Alibaba and Tencent, only had overseas listings.

Choy believed most overseas China equity investors were more familiar with the MSCI China index — a much broader index with 739 constituents. It includes most of the CSI 300 companies but also Hong Kong-listed H shares and foreign listings, for example, American depositary receipts, with A-shares accounting for only 20 per cent of the free float.

“Investors should not be looking at just the name of the ETF,” said Choy. “Do the homework. China can mean very different things.”

Goldman’s analysts estimated that approximately $30bn of passive money tracks the CSI 300, meaning inflows of between $1bn and $600mn to the top 10 additions.

The largest of those new additions, reflecting the higher weighting for industrials, is Contemporary Amperex Technology (CATL), which has gone straight in with a weighting of 3.7 per cent. It specialises in the manufacture of lithium-ion batteries for electric vehicles and energy storage systems.

While the vast majority of the passive money tracking the index is from domestic providers, such as the $9.4bn Huatai-PineBridge CSI 300 ETF and the $4bn ChinaAMC CSI 300 ETF, overseas investors can also invest via the likes of the $3.2bn Xtrackers Harvest CSI 300 China A-shares ETF.

There remains caveat emptor for investors who do decide to try to gain exposure to Chinese onshore equities.

Choy said that while it had become easier over the past few years to access onshore-listed Chinese companies from abroad, through the Hong Kong Stock Connect scheme, there were still limitations that could influence liquidity.

In addition, while the CSI 300, offers some protection from regulatory headwinds buffeting China’s internet giants, it contains 14 stocks on the current US blacklist of companies deemed to have ties to the military.

“At 4 per cent weight, excluding blacklisted stocks could have a visible effect on performance [for passive US investors],” said Wool, noting that the list included SMIC, China’s largest chipmaker, and China Railway Construction Corporation, although he added that while the excluded stocks had outperformed the broader market, this situation could reverse.

Non-US investors are still permitted to trade those stocks.

A further significant consideration is that retail participation in the onshore market is high and while Rayliant believed it created mispricing and opportunities for its active strategies Wool said investors should understand the risks.

For example, he said, in 2020 the Shanghai stock exchange reported 30mn new retail brokerage accounts were opened, a figure that topped 33mn last year. Rayliant has estimated that more than 80 per cent of trading volume in China is accounted for by individual investors, compared to about 2 per cent in the US, prior to the retail frenzy prompted by the meme-stock phenomenon, Wool said.

The A-share market is very domestic and very retail, agreed Choy. “It could be very volatile.”

However, “it remains to be seen whether wealth creation and consumption themes can really be accessed through its stock markets”, McManus said.

Get alerts on Chinese equities when a new story is published 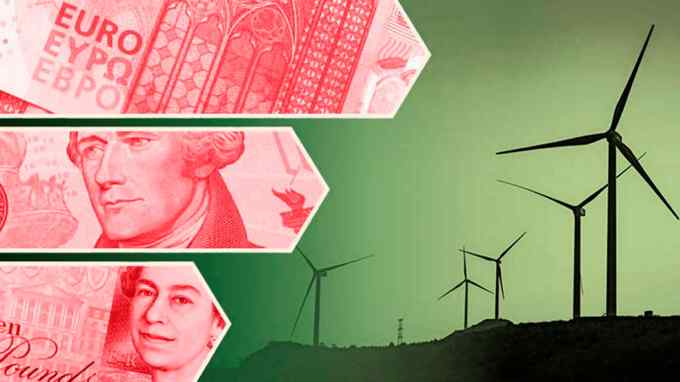