Owen Walker in London and Robin Wigglesworth in Oslo

Barclays has shut the sale of new retail structured products in the US while being investigated by regulators over a $15bn trading error, in a hit to a lucrative unit of its investment bank.

The lender announced on Monday that it was having to pay investors at least £450mn over a clerical error that dated back to 2019 but was only discovered this year. At least one of its largest shareholders has also sold shares worth £900mn in the group this week, in what is shaping up to be an early crisis for CS Venkatakrishnan, the new chief executive.

Under US market rules, providers of structured products — pre-packaged investment strategies based on derivatives — are required to register an amount of products they intend to issue, known as a shelf.

Barclays formerly had a licence whereby its shelf automatically increased the more products it issued, but this was removed following a trading scandal, according to people familiar with the matter who would not be drawn on the precise run-in with regulators.

They added that the bank had continued to operate as if its shelf would automatically increase, which caused it to breach its limit.

In August 2019, the bank set its maximum shelf at $20.8bn, but earlier this month discovered it had exceeded that amount by $15.2bn. It immediately stopped issuing new shares in two popular exchange-traded notes to limit the damage, which meant trading went haywire in the two products. The bank then spent the next two weeks estimating the potential damage, according to a person familiar with the matter.

Barclays’ breach of its limit means the bank is required to buy back affected securities at their original price, known as a rescission offer.

The US Securities and Exchange Commission has begun investigating the breach, according to people with knowledge of the matter, while the UK’s Financial Conduct Authority confirmed to the Financial Times that it was discussing the matter with Barclays.

The bank told the FT that, while it had stopped issuing new structured products in the US, it would continue to issue exchange-traded notes that were registered before it first breached the shelf in February last year.

“As we indicated in our announcement on March 28, Barclays Bank intends to file a new automatic shelf registration statement with the SEC as soon as practicable,” it said in a statement. 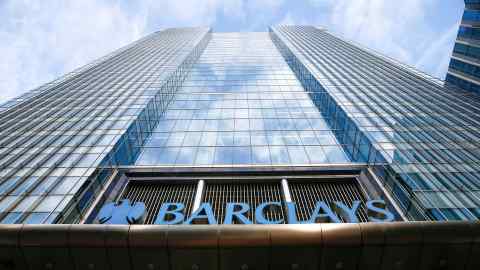 Barclays has said the impact of the breach will cause it to delay its share buyback plan and analysts have predicted the group’s first-quarter results will be hit.

On Tuesday one of Barclays’ largest shareholders sold a 3.4 per cent stake in the business through a block trade facilitated by Goldman Sachs. The two largest active investors in Barclays’ share register — the Qatar Investment Authority and US investment group Capital — declined to comment on whether they sold the stake. 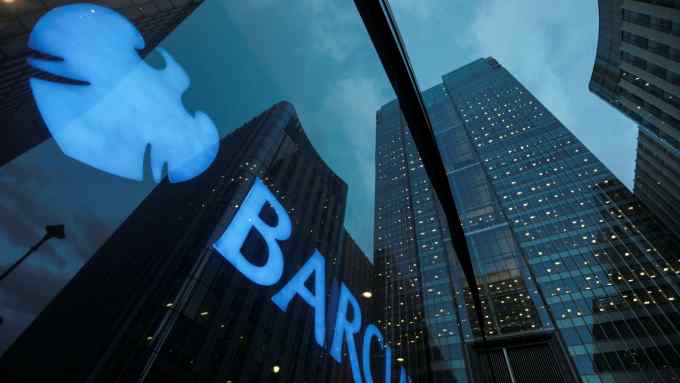