AIG, Axa and Allianz among groups to tap boom that threatens to reshape sector’s model

The world’s biggest insurers are piling into a previously niche area of fund management as low interest rates upend their business models, in a trend that could fundamentally change the way they make money.

AIG, Axa and Allianz are among groups to set up or buy companies that manage the huge amount of capital that has been pouring into specialist insurance over the past five years.

The insurers have started managing funds of catastrophe bonds and other insurance-linked securities. These instruments, in which investors directly take on insurance risk in return for a premium, compete with traditional insurance and reinsurance companies.

The market has boomed as sustained low interest rates force investors to cast their nets far and wide in search of higher returns. According to Willis Towers Watson, there was $93bn in ILS at the end of 2018, up from just $18bn in 2009.

Brian Schneider, senior director at Fitch Ratings, said there may be a temporary pullback this year as investors digest losses caused by natural disasters over the past two years, but that will not change the long-term trend.

“It is going to continue to grow late this year and next year,” he said. “There is a lot of capacity willing to jump in.”

Much of this money has traditionally been managed by independent specialists such as Bermuda-based Nephila Capital, which has $12bn under management.

But big insurers are getting in on the action. AIG’s $5.6bn purchase of Validus a year ago, which controlled ILS manager AlphaCat, was followed last March by Axa’s $15bn acquisition of XL Group. Nephila was swallowed up by Markel of the US in August.

Allianz last month became the latest to make a move, announcing a tie-up with subsidiary Pimco to launch an ILS business.

“It could be a big sign of the future for insurance and reinsurance companies,” said Mr Schneider. “It took time for [insurance] companies to get into this, but they are looking at it heavily right now.”

This trend in property and casualty insurance echoes one under way in the life insurance world for a decade. There, insurance companies are slowly shifting from taking risk on to their own balance sheets — for example by providing investment guarantees — to simply managing money and leaving the clients to deal with the risks. 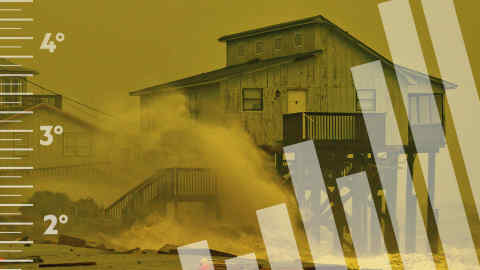 The new breed of products and services require less upfront capital from the insurers, and offer a stream of regular fee income.

One of the big attractions for insurers is that owning an ILS manager can enable them to sell more insurance to customers by providing an additional source of capital.

“We have been looking at another source of capital to supplement traditional capacity to support the insurance risk that we take around the world,” said Amer Ahmed, chief executive of Allianz Re. “There is a lot of risk around the globe that is not protected . . . here are limitations to our risk appetite so we need other forms of capital.”

It is not only a desire for more business that is behind insurers’ shift into ILS fund management. The influx of capital into ILS has pushed prices for insurance and reinsurance down, taking profits with them.

The ILS investor doesn’t want to feel that they are getting risk which is underpriced or volatile over the long term. The transparency of what risk is being ceded is important

Some insurers have had to cut whole lines of business where returns no longer meet their cost of capital. Moving into ILS management allows them to create a new income stream, even if prices remain low.

“Senior management at insurance companies are looking at hurdle rates and their own cost of capital,” said Stefan Holzberger, chief rating officer at rating agency AM Best. “They don’t want to leave the market. They want to provide cover but they want to limit their exposure.”

Gérald Harlin, chief financial officer of Axa, said the ILS market offered the insurer a different business model. “It is like the originate to distribute model in asset management. It’s a fee business — it’s structuring risk.”

The strategy is not without risks. As banks found to their cost during the financial crisis, arranging loans on which someone else takes on the risk can bring reputational damage if the debt turns sour.

“The ILS investor doesn’t want to feel that they are getting risk which is underpriced or volatile over the long term,” said Mr Holzberger. “The transparency of what risk is being ceded is important.”

These risks can go very wrong. Investors in a $200m catastrophe bond covering wildfire risks issued last summer by Californian power supplier PG&E are facing a total loss after the US state was struck by its worst ever blaze in November.

Allianz plans to keep an interest in all the risks it arranges for its ILS funds.

“We would not be just pure transformers as you may have seen in other securitisation models,” Mr Ahmed said. “We would not want even the perception that we are putting clients into risks that we would not take.”

Get alerts on Financial services when a new story is published