Sun Yu in Beijing and Thomas Hale in Hong Kong

When Jenny Fan got a phone call in early February she thought she had won a lucky draw. The caller, who said he represented a skincare company, told Jenny — a college sophomore in the northern Chinese province of Hebei — that she was eligible for Rmb1,000 (£117) in compensation. The reason? Three months previously she had bought a Rmb200 facial cream that didn’t work on her skin.

The man “claimed to be a customer service representative for the cream maker”, said Jenny. “He provided all the purchase details, including even a snapshot of the transaction record, so I found it difficult not to trust him.”

To claim the money, he told Jenny that she must set up a “special payment channel” by making multiple “test” fund transfers to a custodial account. Once the system was in place, Jenny would receive a refund plus the compensation.

The 19-year-old student made three payments worth a combined Rmb20,000 (£2,332). Shortly afterwards, the man blocked her on social media and stopped taking her calls. Jenny went to the police, only to be told she was “too silly” for buying the scam. “They told me the money was gone for good, as online fraudsters were difficult to track down,” she said. “What I should do is only pick up phone calls from people I know.”

Jenny is among tens of thousands of Chinese citizens to fall victim to financial fraud. The crime has become a fact of life in the world’s second-largest economy, which boasts a fast-growing middle-to-high income population. “We are seeing a surge in scammers as household wealth takes off,” said Nie Chengtao, a Beijing-based lawyer who specialises in financial fraud.

Financial schemes have a long history of thriving in China, where decades of runaway economic growth have created not only enormous personal wealth but also a get-rich-quick mindset among the public. Fraudsters have also profited from a lack of regulation and a state-imposed ceiling on deposit rates, which have made it easier for them to convince clients who are keen to get a higher return on their hard-earned savings.

The rise of the internet, especially online payments, has exacerbated the problem by making financial scams easier to execute and harder to trace. China’s tech firms are deeply embedded in the development of financial services. Last year, for example, Fidelity launched a retirement saving guideline tool using Ant, one of the major financial platforms.

Scammers have targeted clients of the platforms, as they are able to access a lot more potential victims than they could reach through in-person meetings.

All this has combined to make financial fraud — ranging from selling “click farm” membership (where fraudsters hire people to purchase goods from online stores in exchange for a full refund plus a fee) to investment products with no underlying assets — a national problem affecting the whole of Chinese society. David Zhang, a Hangzhou-based anti-fraud lawyer, said he has dealt with scam victims from college professors to factory workers to high school students. “No one is immune from fraudsters. We all have weak spots they can take advantage of.”

The problem has no easy fix. While Beijing has made a big push to put scammers behind bars, and the number of annual arrests has surged fivefold over the past three years, a significant number of fraudsters have emerged unscathed through operating abroad or hiding their identity with better technology.

“We are running out of resources to locate the fraudsters,” a Shandong-based police officer specialising in financial scams told the FT.

A nationwide anti-fraud education campaign was launched by the Chinese authorities in 2019, after president Xi Jinping announced in a conference that fighting fraud was a “top priority” when it came to making people feel secure. The campaign culminated early this year with the launch of National Anti-Fraud Center, a mobile app that has been downloaded more than 500m times, making it one of the most popular in the world. The government uses a variety of channels, from street posters to TV commercials, to inform the public about what scams look like and how to avoid them. But the app has also caused controversy for tracking mobile phone usage, censoring overseas phone calls and labelling business apps such as Bloomberg News as “malicious”.

Few Chinese adults can spend a day without being bombarded by state-sponsored anti-fraud propaganda. Most apartment buildings have posters in the lobby telling residents not to wire funds to strangers. Buses carry advertisements on how to identify scams, while LED screens feature celebrities proposing a “people’s war” against fraudsters.

Some places have gone further. Last month, Dongjing, a township in Shanghai, began requiring hotel guests to read and sign anti-fraud tip sheets before checking in. Meanwhile, local restaurant waiters were instructed to inform customers about scam prevention before serving their food.

“We want anti-fraud education to reach every aspect of people’s lives,” said a Dongjing official.

One of the main intended beneficiaries of the policy initiative is college students who have suffered heavily from financial scams. A survey last year of 2,746 university students nationwide by the official China Youth Daily showed more than a tenth of respondents had lost money to scammers. That prompted a new wave of education campaigns aimed at making young adults more wary. Last year, Shanghai started requiring 140,000 college freshmen to take an online anti-fraud course, highlighting five popular scams, from blackmail and impersonation of government officials to online dating with the purpose of selling fake investment products.

So keen are some cities to fight scams that Jinan, an eastern city, last year asked university students to allow anti-fraud police to join their social media groups. The idea was that the officers would post scam prevention tips and watch for suspicious messages. “We want to make sure students are constantly protected from scammers,” said a Jinan official.

Retail investors are another major target for the education drive, as their financial literacy fails to keep pace with booming household wealth. A survey of 140,000 adults by the People’s Bank of China in April found that more than half of respondents couldn’t calculate annualised returns and didn’t understand what investment diversification meant. Forty-four per cent said they would ignore or only skim-read financial contracts.

To narrow the knowledge gap, the financial regulator (comprising People’s Bank of China, the China Banking and Insurance Regulatory Commission, and China Securities Regulatory Commission) has hosted a growing number of online and on-site training courses, aimed at helping investors make more informed decisions. (These courses have increased significantly since Xi’s speech in 2019.) The authority has also required financial advisers and asset managers to have investors complete videotaped risk assessment tests before deciding on which products to sell.

“We have done what we can to match investors’ risk preference to expected return,” said John Wang, owner of a Shanghai-based high-yield bond fund that has turned down dozens of investors for their low risk tolerance.

Many retail investors assume a guaranteed return (which is encouraged by fund sales pitches) for fixed income investment products, even though that doesn’t exist in reality. A default may prompt disgruntled investors to sue asset managers for providing misleading information.

Yet the education campaign has not prevented scams from flourishing. Court records show that last year investor fraud cases nationwide rose by more than a third from 2019 levels.

The campaign’s failure is partly due to its limited scale. Most government-backed investor education courses reach only a small number of students, owing to a lack of publicity. While many privately run financial literacy programmes enjoy greater popularity, they suffer a conflict of interest for promoting investment products for a profit.

Worse still, most education programmes are too general to cover what’s needed to prevent frauds.

“The teacher told us high returns came with high risks,” said Daniel Wu, a Zhejiang-based software engineer who had taken several financial literacy classes before losing Rmb1m to a scheme. “But he didn’t say which part of the investment contract we should read closely to avoid being trapped.”

While Beijing has put one of the world’s strictest personal data protection laws in place, its enforcement is patchy at best. Sun Yin, a professor at Southwestern University Politics and Law, said in a paper last year that a lack of strong punishment on personal information theft has left scammers “undeterred”.

Yet as fraud cases continue to prosper, many believe that education alone isn’t enough to fight the scammers. Nie, the anti-fraud lawyer, said a lack of protection of personal information allows fraudsters to craft such tailor-made messaging that victims find it impossible to resist.

Jenny Fan, the student fraud victim, knows this from bitter experience. “It is difficult to hang up a stranger’s call when they know so much about you,” she said. “You just keep listening until you get trapped.” 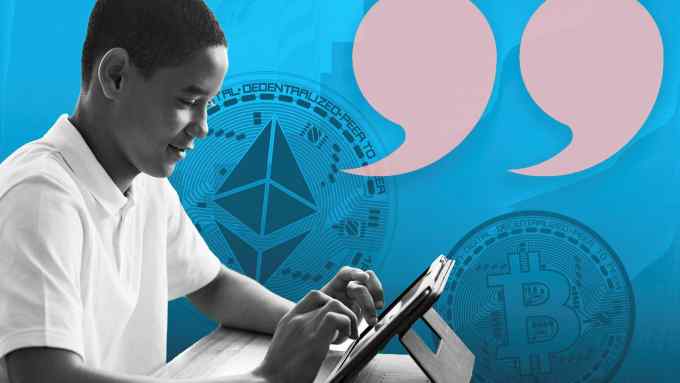