We’ll send you a myFT Daily Digest email rounding up the latest Retirement news every morning.

As China’s age profile continues its rapid inversion, the need for more private pensions is drawing some of the biggest asset managers to the world’s most populous nation.

These so-called Pillar III pension funds — which are opted into by individuals on a voluntary basis, as opposed to relying on the state or companies for contributions — were still “at a nascent stage” in China, according to a 2020 study produced by BlackRock and the People’s Bank of China. Only Rmb2.2tn ($330bn) had been invested in them, it found, highlighting the relatively low amount of savings in the country’s private pension system.

But this year has brought the clearest signs yet that this is changing.

In April, Chinese authorities unveiled long-awaited measures — including tax incentives — that pave the way for the greater development of individual private pensions in a country where savings are still dominated by cash and real estate.

This shift is not only a crucial part of China’s approach towards the demographic challenges arising from its ageing population, but also an opportunity for some of the world’s biggest asset managers — given its expected impact on the development of the country’s capital markets.

“For BlackRock, it is definitely the core part of why we are there,” says Susan Chan, deputy head of Asia Pacific and head of Greater China, regarding the country’s pension evolution. She points out that China does not currently have a “long-term investment culture”.

Like several of its peers, the world’s largest asset manager has in recent years received approval for a joint venture with China Construction Bank, as well as the go-ahead for a wholly owned mutual fund business.

BlackRock’s jointly authored study reflects the extent to which Chinese policymakers rely on overseas examples and collaborate with international businesses. It arose from a 2019 forum in China attended by Larry Fink, BlackRock’s chief executive, and top officials including Liu He, one of President Xi Jinping’s most important economic advisers.

Other international firms that have recently gained approvals in China — where capital controls still strictly determine money that flows in and out of the country — include Goldman Sachs Asset Management, which in 2021 partnered with China’s biggest bank, ICBC, for a wealth management joint venture, and Europe’s largest asset manager Amundi, which has partnered with Bank of China.

China’s pension reform is now a political imperative given its changing demographics. Lauren Johnston, visiting senior lecturer with the School of Economics and Public Policy at the University of Adelaide, says the country’s population profile has changed rapidly.

“There really weren’t that many old people until quite recently, and they were pretty much all taken care of inside the family,” she says. “Now, you’ve had a dramatic inversion of the population pyramid.”

She adds that the development of a private pension system could encourage greater consumption from the elderly — and the government may also hope that it will have the capacity to “cross-subsidise” the existing government pension system.

However, the measures announced in April, while significant, hint at a move gradual approach to pension reforms. Employees will only be able to contribute Rmb12,000 ($1,860) a year to private pension schemes, which the government will adjust in line with “economic development”.

Like its demographics, China’s capital markets have also changed rapidly but are still under-developed, relative to those in the US and western Europe. BlackRock’s Chan notes that Chinese markets have very few long-dated fixed income instruments, for example.

“If you have a population that’s living to 80-plus and you have instruments that allow you to trade for five years, your ability to capture what’s happening in 50 years is much harder,” she explains.

“We do believe China is going to move forward pretty aggressively with this third pillar private pension plan, simply because they need to,” says Peter Alexander, managing director at Z-Ben Advisors, a Shanghai consultancy. “You’ve got savers that don’t necessarily have the pool of savings to meet their long-term needs.”

But he adds that while he believes the pension market is a “really big deal”, he is “less optimistic” that the opportunity will fall to foreign rather than domestic players. Alexander suggests that benefits from other reforms, including second pillar pensions that operate through the workplace, have gone to Chinese providers.

Foreign groups have also had to contend with geopolitical tensions and a series of operational difficulties, to compete in China.

These have included draconian lockdowns to curtail the Omicron variant of coronavirus, an economic downturn linked to those lockdown measures, as well as a liquidity crisis in the property sector. Property rental company Airbnb was forced to largely abandon its China business last month.

But foreign players are betting that deep and widely forecasted structural shifts — of the kind that have transformed other nations — will outlive such challenges.

BlackRock’s jointly authored study includes a section on “international experience” that analyses retirement systems in Australia, Canada, Chile, Japan, the UK and US. It notes that in the US Congress introduced support for third pillar pensions in 1974.

“You still have a country that does not lean into its capital market systems to create wealth,” says Chan. “For us, all roads lead to that”. 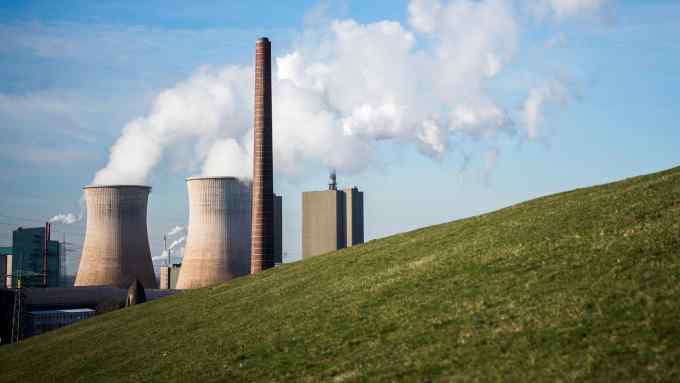