In a tight labour market, employers must make a costly, precarious childcare market their problem too
Cat Rutter Pooley 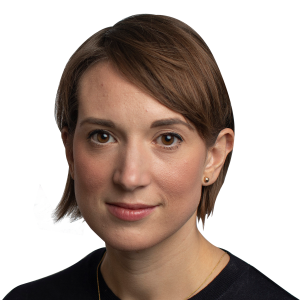 Children are expensive. But just how expensive could be becoming more of an issue for British business. As inflation soars and the cost of living crisis starts to properly pinch, parents are stuck with high costs and difficult decisions that may have knock-on effects on their employers in an already extremely tight labour market.

We’ve already moved on from the days when childcare was seen as merely a personal problem for parents. That transition is implicit in both the structure of support schemes, which has tilted in favour of working families, and the government choice to keep nurseries open during the second UK lockdown even as schools stayed shut.

But the UK is far from a system of cheap and flexible care. Instead it is, as Christine Farquharson of the Institute for Fiscal Studies put it last year, “complicated, costly and constantly changing”.

A full-time nursery place for an under-two in London is now roughly £19,000 a year, according to the latest survey by the charity Coram Family and Childcare. Coram estimates costs increased 60 per cent in cash terms between 2010 and 2021, twice as fast as average earnings. That looks likely to get worse over the next year. Rises in the minimum wage, food prices and energy bills will push up prices.

For many parents, rising costs are not an issue. An IFS report published last month found that more than half of families didn’t pay anything towards childcare in the first place, because they either relied on friends and family or did it themselves.

But there is a significant minority of families who do end up paying very high costs. The situation is worst in the capital and among middle income earners, a fifth of whom said it was difficult or very difficult to manage childcare costs.

That makes it potentially worrying that the latest labour force data show an uptick in the number of women counting themselves out of the workforce citing caring responsibilities over the past year. Not all of those are mothers with young children, but then it is not always parents who end up doing the caring in the first place. “There is a quite significant number of older women giving up work in order to do grandparental care”, notes Mary-Ann Stephenson of the Women’s Budget Group. It can cause an issue for stretched employers either way.

The problems aren’t necessarily the result of a lack of government support (though more would probably help providers who find their funding eroded by inflation and their budgets squeezed by spiralling input costs). Government funding for early years childcare has increased dramatically over the past two decades. And it’s not clear-cut that throwing more money at parents would radically increase women’s participation in the labour market either. Most mothers working part-time say they do so because they want to, and UK maternal employment rates are already comparatively high.

The subsidy scheme for under-threes is so obscure that most pre-school parents didn’t know it existed and so fiddly that once they did, 40 per cent of those potentially eligible said they wouldn’t apply for up to £2,000 a year in support. Lower income parents on universal credit can’t access funding upfront. For three- and four-year-olds entitled to free hours, nurseries have long complained that state funding fails to cover their costs, forcing them to rack up prices for younger children. Caught between the constraints of family budgets and rising costs, many will find themselves in an increasingly precarious position. When providers fail, both employees and employers find themselves scrambling to secure cover.

Businesses can do several things to try to make the system serve their interests better. One is to encourage the government to make enabling parents to get back to work the clear priority of childcare support schemes in any re-jig. Trying to do that without sapping the quality of care on offer or limiting opportunities for less well-off families will be a tricky task, but ultimately the tangle of funding needs a wholesale overhaul. Another is to push for childcare to be treated as a type of social infrastructure to attempt to boost investment. A third would be to improve their own offering to employees.

Costly childcare has long been a worry for working families. But amid a cost of living crisis and a shortage of workers, a fragmented, privatised market barely kept afloat by public money and parents should concern companies too.