Could fine dining be the saviour of the department store?

In-house restaurants are taking things to the next level

On the second floor of Selfridges in London, between concessions for Gabriella Cole Garments and Max Mara, you will find the new restaurant called Adesse. The food here is exclusively plant-based, though you might not clock that immediately, as the menu makes no explicit mention of being vegan. Dishes range from a delicious avocado tikka with curry leaf yoghurt to a “crab cake” made from jackfruit, which tastes less like a fish cake than a spring roll but is lovely nonetheless. The “lasagne” is neither hot, nor lasagne in the traditional sense. It comprises layers of raw courgette and tomato with pistachio pesto and macadamia ricotta. While full of flavour, it would likely disappoint anyone expecting a hearty pasta dish. Among other dishes, the spicy udon with shiitake mushroom is rich and fragrant, and the hibiscus cheesecake with pistachio is a comfort blanket of loveliness.

As a fine-dining plant-based restaurant in a department store, Adesse feels almost revolutionary – a far cry from the stuffy tea rooms and dining halls that used to be standard. But retailer restaurants have been undergoing a step-change. The rise of e-commerce, which the pandemic accelerated, has forced bricks-and-mortar retailers to shake things up. Updating their food offerings has been key to that.

“I hate the words ‘department store’ because I think it’s a dying business,” says Sebastian Manes, buying and merchandising director at Selfridges, which was recently bought by Thai retailer Central Group and Austrian property firm Signa in a £4bn deal, ending an almost 20-year ownership under the Weston family. Selfridges is conceived as a “social place”, where visitors come to be entertained. Hence the in-store cinema, skate bowl and pop-up exhibitions. Restaurants are part of that. In an effort to court a younger generation, a branch of Pizza Pilgrims opened in-store in December with a focus on sustainability. The pizza dough is made using regenerative wheat. The upholstery is crafted from vegan leather. Adesse adheres to similar principles (in keeping with the store’s “Project Earth” campaign), but in a more upscale setting. Saks Fifth Avenue in New York

Some retailer restaurants are conceived primarily as pitstops for shoppers to refuel and grab a bite to eat. Some are more aspirational and become destinations in their own right. When Saks Fifth Avenue in New York reopened in 2019 after a major renovation, its new restaurant banked on established names from fashion and style: a Philippe Starck-designed outpost of the Parisian hotspot L’Avenue, run by the Costes family; it also targeted a celebrity guest list including Gigi Hadid, Harry Styles and Taylor Swift. In November, Bergdorf Goodman reopened plant-based restaurant Palette, unveiling an exuberant, botanical design by Kit Kemp, who already has standing among New York’s style crowd as the creative director for The Whitby and Crosby Street Hotel.

Shoppers who dine in-store spend longer on the premises and spend more. They also visit more frequently. Such is the value of restaurants that Harrods is striving to establish itself as “a global dining destination”, says its head of restaurants, Ashley Saxton. The store recently opened a branch of Lebanese restaurant Em Sherif run by chef Mireille Hayek, and there are plans to launch a fine-dining restaurant by three-Michelin-starred Swede Björn Frantzén later this year. Both chefs will be “amongst friends” says Saxton, joining a roster that already includes Gordon Ramsay, Jason Atherton, Vineet Bhatia and Tom Kerridge.

Some consumers, says Saxton, may feel an “emotional barrier” walking through a retail space to reach a restaurant. At Harvey Nichols, London, a lift provides direct access to the Fifth Floor dining area, bypassing the shopping areas. Crucially, it runs up until 11pm, maximising dinner service for the restaurants, which include Madhu’s Brasserie and Burger and Lobster. “It’s important to be able to operate [in-store] restaurants like normal restaurants if you’re driving footfall from outside,” says Saxton. “More than 60 per cent of restaurant business is done after six o’clock.” Selfridges has transformed its Duke Street wing, which has its own entrance and lift, adding Chinese restaurant Din Tai Fung to Pizza Pilgrims, EL&N and Bubble Magik in a dining area on the fourth floor that stays open until 11.30pm.

HTSI
A manifesto for the vegan life Selfridges’ new owner Central Group has a well-established reputation for its success with “in-store” food. It has already transformed European department stores such as Germany’s KaDeWe and Italy’s Rinascente, and operates the poshest food halls in Bangkok, including a flagship supermarket/restaurant complex at Central World shopping mall that spans 8,200sq m. With their mouth-watering displays, luxury food halls deliver an experience unlike any other. I may be biased but as a way of luring people back in-store, these bountiful temples of food are surely the way forward. 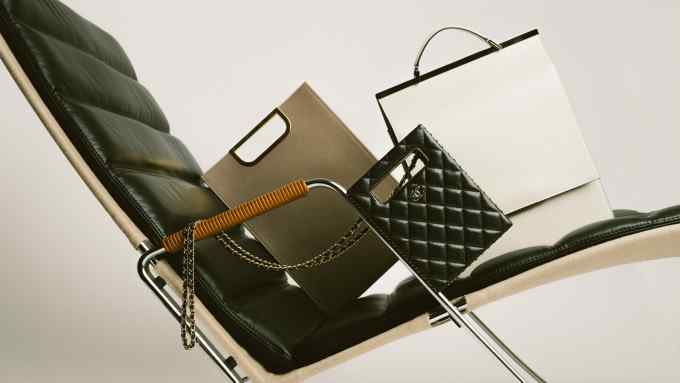