What my daughter taught me about women’s football in France

We’ll send you a myFT Daily Digest email rounding up the latest Sport news every morning.

When my daughter turned six, I didn’t enrol her in a football club. Back then, in 2012, girls’ football barely existed in Paris, where we live. I realise now that I was also carrying around the sexist assumption that girls didn’t really play football. When I began kicking a ball in the 1970s, the FA’s ban on its member clubs allowing women to play on their grounds in England had just been lifted.

For decades, I took football’s maleness for granted. I’ve written thousands of articles about the men’s game in my career and just a handful on women’s football. Only when my twin boys turned six did I enrol my eight-year-old daughter along with them.

Since then, traversing the suburbs of Paris most weekend mornings to see my children’s games, I have watched the rise of female football in France. From June 7 to July 7, the country hosts the women’s World Cup. There’s never been a better time for French women’s football. But it’s still a struggle.

Feminists get understandably irritated with men who never quite grasp sexism until they have daughters. I’m not proud of it, but it’s the way it has been for me. Everyone around us in Paris thought it natural that boys played football. My sons could hone their technique kicking around with their friends on the unofficial “football street” beside the local town hall every day.

But most girls were anxious to dissociate themselves from what they considered a male activity. If a ball bounced near them, they’d fake exaggerated fear. When my daughter began playing, all her teammates were boys. She was treated as a freak who shouldn’t be passed to.

I’ve always tried to be a hands-off soccer dad, watching quietly from the touchline, never shouting at my kids or the referee. The only time I strode enraged on to the field was during a training session, when several of my daughter’s teammates were rolling on the ground laughing at her weak shot. I felt guilty: the reason she couldn’t shoot yet was that I had started her in football two years late.

As in most countries, women’s football in France goes back a long way. In 1920, a Parisian widow named Alice Milliat took a women’s team to Britain, where they beat the legendary Dick, Kerr Ladies 1-2.

Back home, writes Gemma Clarke in her new study Soccerwomen, Milliat petitioned the International Olympic Committee to allow women into the Olympics. Rebuffed, she staged a one-day unofficial female Olympic Games in Paris in 1922. It drew up to 20,000 spectators.

But then, as in most countries, Frenchmen kept women almost entirely out of football until the 1970s. The game has always been a space for performances of masculinity: star players function as ideals of young men, and managers as ideal middle-aged men. Women have instead been encouraged to imitate actresses, singers and models.

France has strict rules for how women should dress, move and hold themselves. These rules — made mostly by men — privilege elegance over vigour, freedom or even man-pleasing sensuality. So my daughter reports that when she takes the Métro to training in her tracksuit, old ladies glare at her. Football has helped turn her into a feminist.

But France is changing. Les Bleues didn’t even qualify for the first three women’s World Cups, from 1991 to 1999, but in 2011 they finished fourth and, that year, France’s football federation launched a “feminisation” plan. It got a lot wrong — pink-tinted posters proclaiming “Football of princesses” were soon binned — yet by last December the federation had more than tripled its female membership (including players, referees and coaches) to 155,000.

The top-level women’s game has advanced too. Paris Saint-Germain and Olympique Lyonnais have female teams full of foreign stars. The Canal Plus TV broadcaster screens all six French women’s first-division games every week.

The national team is now ranked fourth in the world. Just four years ago, France would be “thumped every time by Germany. Not any more,” the federation’s president Noël Le Graët told Le Monde newspaper. He expects to sell about 80 per cent of tickets for the World Cup.

By the 2016/2017 season, France had 106,612 registered female players, according to Uefa, Europe’s football association. That was about four times more than Italy and three times more than Spain. However, France lags behind northern Europe. It has only about as many players as smaller England, far fewer than Sweden and the Netherlands, and just over half the German total.

When my daughter began playing, all her teammates were boys. She was treated as a freak who shouldn’t be passed to

Unabashed sexism remains. In VIP suites in French stadiums, the overwhelmingly male clientele is still waited upon by pretty young women. Patrice Evra, the former French captain who appeared as a pundit on British television during last year’s World Cup, repeatedly applauded his female English co-panellist Eni Aluko as if amazed to hear a woman make cogent points about football. And when Norwegian Ada Hegerberg was named the world women’s player of the year in Paris last December, the French DJ Martin Solveig asked her on stage whether she twerked.

On the other hand, Hegerberg reported later that everyone else she encountered in Paris had been respectful. The former Brazilian great Roberto Carlos had carried around her Ballon d’Or trophy for her, and she ended the night with her parents in a little Iranian restaurant where all the customers and staff wanted to pose with her prize.

My daughter has also found her path. She now plays for a serious girls’ team. I’m writing this the day after she crashed home a magnificent half-volley during a 7-1 victory; I wish those teasing boys had been there to see it. She is experiencing the joy of football that most women of my age never discovered.

The girls of her age don’t play as well as the boys, because they have had fewer opportunities to learn the game, but they improve every week. During their matches, I never hear catcalls or grumbles from the male players waiting for their matches to start.

Next month I’ll be taking my kids to World Cup games. And one day, when my children have children, I’m confident that their boys and girls will start playing at the same age.

READ MORESummer of sport special
Can The Hundred save English cricket? 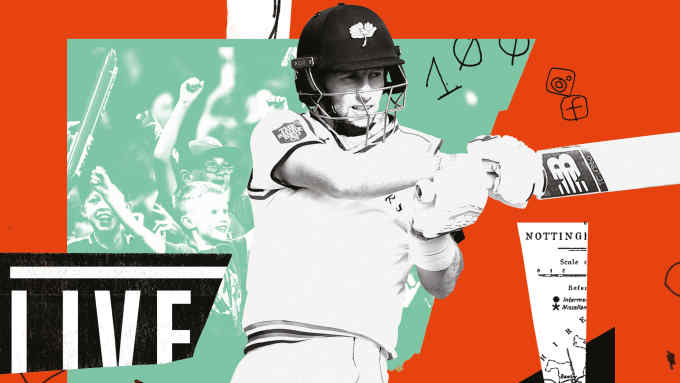 Rising tennis star Naomi Osaka interviewed, cricket great Virat Kohli profiled, and a big moment for women’s football previewed ahead of what promises to be a spectacular summer of sport