Sanctions against Russia have spurred calls for an alternative holding, but this would only destabilise the financial system
Robin Harding 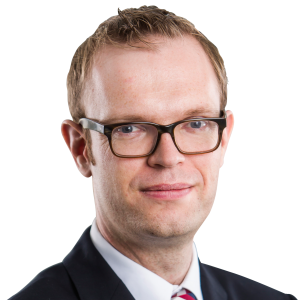 We’ll send you a myFT Daily Digest email rounding up the latest US Dollar news every morning.

During the Crimean War, from 1854-56, Britain, France and Russia fought savage battles on the territory of modern-day Ukraine. Hundreds of thousands died from injury or disease. Yet throughout it all, the British Treasury kept paying its debts to the Tsarist government, and Russia kept paying interest to British owners of its sovereign debt. According to Nicholas Mulder’s new history of sanctions, The Economic Weapon, one British minister declared it obvious for “civilised nations” that public debts should be paid to an enemy during war.

Times have changed. In response to Vladimir Putin’s invasion of Ukraine, the US and its allies banned dealings with the Russian government, kicked selected Russian banks out of the Swift payments system and froze the assets of Russia’s central bank. Rather than paying debts to the enemy, today’s standard response is to paralyse the aggressor’s economy — even if you are not involved in the fighting.

Freezing the Central Bank of Russia’s reserves was a particularly unexpected, ruthless and effective act. It stripped away Moscow’s means to stabilise its currency. The rouble duly collapsed. But the use of so powerful a sanction has raised fears of unintended consequences for the international financial system. If your dollar-based central bank reserves can be frozen when you need them most, then what is the use in holding them?

That has in turn reignited an old debate: whether the US dollar is at risk of losing its place as the world’s reserve currency. But while the freeze on Russia will spur on those who would like to supply an alternative — most notably China, via internationalisation of its currency, the renminbi — they are unlikely to supplant the dollar. The greater threat is of fragmentation in a financial system that, while imperfect, allows all to prosper together.

Zoltan Pozsar of Credit Suisse argues that the central bank freeze marks the death of the post-Bretton Woods system, born after Richard Nixon took the US off the gold standard in 1971, and the start of a new monetary order “centred around commodity-based currencies in the east”. If your dollars can vanish at the whim of the issuer, the logic runs, then a reserve must exist outside the dollar-based financial system.

China’s $3.2tn in foreign currency reserves, the largest stockpile in the world, suddenly look more like a weakness than a strength. Only by becoming an issuer rather than a holder of reserves can Beijing wrest some of America’s financial power for itself. The way to do that is to persuade others to hold the renminbi.

The dollar, however, will be hard to overcome. The might of the world’s pre-eminent economic and military power ensures that US Treasury bonds are stable in a crisis; the US Federal Reserve ensures they are liquid. During any kind of economic turmoil, they are the asset a central bank wants to hold. Indeed, if Russia was suffering a natural disaster or an unexpected collapse in exports, dollar reserves would be exactly what it wanted too.

Other alternatives have defects of their own. Russia has a lot of gold. The problem is liquidity: what bank today will lend foreign currency against the security of bullion in a Moscow bank vault? In time, Russia may be able to sell some gold to friendly countries, but in effect the market has already passed its judgment: it does not think Russia’s gold reserves can support the rouble.

Cryptocurrency might be valuable to individual Russians right now. As a way to get money out of the country it is anonymous and portable. But for reserves, crypto is of little use: it trades like a risky asset, falling in times of stress, and almost all of the liquidity is on exchanges, where sanctions will bite just as hard as they do with dollars.

That leaves the possibility of a rival currency, most obviously the renminbi — which would be attractive to countries that are friendly with China, such as Russia, or for those that fear American censure. But Beijing could use sanctions just as easily as Washington. For many other nations, including big holders of reserves in Asia, being at China’s financial mercy would appeal even less than that of the US.

The risk, then, is of fragmentation. In his book, Mulder charts how the rise of economic sanctions and blockade during the interwar years, as a tool to enforce peace, drove the autarkic policies of Nazi Germany and Imperial Japan, ultimately destabilising the international system rather than fortifying it. The world has been drifting for several years towards the formation of rival economic blocs. One way to prevent that is to keep the dollar at the heart of the international financial system.