Why the rich fall for the cult of wellness

Nearly two years into a pandemic in which medical science has largely saved the day, you may think that interest in the “wellness” trend would be waning. Not a bit of it.

Juice cleanses, mindfulness, high-end yoga retreats and Himalayan salt lamps are as popular as ever. Indeed, the Global Wellness Institute values the worldwide market in everything from complementary therapies to the spa economy at $4.5tn.

Obviously, this wellness “space” is a vague, catch-all term. Nevertheless, it is a lucrative, glossy market that attracts everyone from Hollywood celebrities to Silicon Valley moguls. Gwyneth Paltrow, Beyoncé and Elle Macpherson are all active wellness celebrepreneurs. For some reason, male celebrepreneurs favour upmarket liquor ventures, though Larry Ellison, the billionaire co-founder of technology company Oracle, has recently entered the wellness game.

There is no doubt the wealthy love this stuff. But every time I look at the world of wellness, I find myself asking why? Why are the rich — who are often rational and high functioning — suckers for what often appears to be mystical woo?

André Spicer, professor of organisational behaviour at Bayes Business School and co-author of The Wellness Syndrome, says consumption of many wellness offerings correlates strongly with being rich. “To engage . . . takes a huge amount of money, and of time,” he says. Poor people can rarely afford either, which means wellness is a way of signalling wealth — a point made by the recent television series Nine Perfect Strangers starring Nicole Kidman and set in a wellness resort on the California coast.

Wellness is a smart rebrand of a lot of things rich people do already. A weekend trip to a spa might be seen as self-indulgent. But a weekend trip to a wellness retreat has the whiff of virtue about it — something to improve one’s mental health. It is a version of the truth that works for both seller and buyer.

This reframing does not even have to be about high-end stuff. It can cover almost anything. Walking to work was widely described as part of Jack Dorsey’s “wellness” routine recently. But if a poor person walks to work, it is rarely seen that way.

You can slap the wellness badge on anything you like. I was particularly taken by the concept of “wellness real estate.” The Global Wellness Institute defines this as offices and other buildings “that incorporate intentional wellness elements”, and says the market has grown from $148bn to $275bn between 2017 and 2020. But, even if this represents a land grab, nice buildings and walking are undeniably good for you. What about the obvious twaddle, such as Gwyneth Paltrow’s vaginal jade eggs, whose dubious claims landed her company with a $145,000 fine?

A few years ago, the New Scientist ran a story where it told you which wellness pursuits not to bother with. Meditation and getting a lot of sleep were a yes. So-called superfoods such as quinoa and blueberries were a maybe. Himalayan salt lamps and an obsession with hydration beyond quenching thirst were guff.

This is the second reason wellness appeals to the rich. Some of it works. The pseudoscience is mixed up with enough real science to lend the former legitimacy. Another reason why the wealthy love it, particularly in places like Silicon Valley, is that they take an a-la-carte approach to belief.

“You have a, sort of, selective engagement with science,” says Spicer. We all do this to some extent — and it is why diagnosing ailments using Google is often a bad idea. But the rich — especially the rich who are part of both the cognitive and financial elite — are different. They think they know better, partly because enormous success in one area is regarded as a transferable skill, and partly because, in areas like health where outcomes are not exact, money can buy better results.

Best FT Weekend long reads of 2021
Can we defeat death? 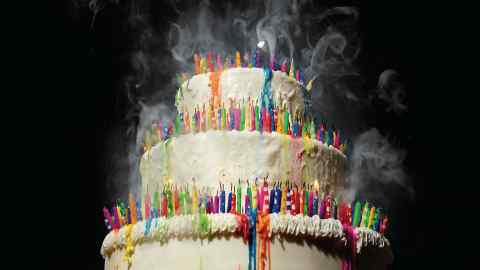 “You think you’re ahead of the curve,” says Spicer. “And this leads you to engage all sorts of ideas, like being able to live forever.” You may believe, for example, that you have access to special knowledge in the same way that you often get preferential access to entertainment, new products and clubs.

You see some of this thinking at work in Sensei Retreat, Larry Ellison’s data-driven wellness spa on the Hawaiian island of Lanai. Ellison owns 98 per cent of the island. Rates start at around $1,600 a night. Guests have “Sensei guides” and set their own physical and mental goals. The spa tracks deep sleep, nutrition and blood flow, and “a variety of activities and non-activities” are offered. The goal is to help people live “longer, healthier lives”.

A worthy goal, as are most wellness goals. But does wellness deliver? One thing it always delivers on is the idea that you are special. And we all want that.