Leftovers are key ingredient in food and drinks plans to ‘upcycle’

As breweries churn out beer to satisfy the world’s 200bn litres-a-year drinking habit, they also produce mountains of “spent grain” — the remains of barley, after its starch is extracted for brewing.

This spent grain has long been regarded as low value and sold as cattle feed, or discarded. But the world’s largest brewer, Anheuser-Busch InBev, is taking a new approach.

Extracts from AB InBev’s spent grain, now dubbed “saved grain”, are making their way into food products made by global groups such as Nestlé and Nomad Foods.

Two plants, including facilities in St Louis, Missouri, and Belgium costing $200mn, are under construction to process the byproduct into protein and fibre for use as ingredients.

For many years, the food industry has literally been obscuring how the sausage is made, for fear that showing how food is upcycled might turn off consumers

It is the latest example of food “up­cycling”, in which waste and byproducts are transformed into new food ingredients, helping to diminish the food industry’s environmental impact.

“Barley is a very rich grain for food — but, for 600 years, we only used it for beer,” says Michel Doukeris, chief executive of AB InBev. “Now, we can find a way to really use the grain.”

As companies seek to fulfil ambitious climate goals set out after the 2015 Paris agreement, food upcycling has become a priority for manufacturers. Amid growing awareness that food waste makes a significant contribution to global emissions — estimates range bet­ween 6 per cent and 10 per cent — upcycling is something to boast about.

Jonathan Deutsch, professor of food and hospitality management at Drexel University in Philadelphia, says: “In many ways, it’s an age-old phenomenon that’s been around as long as people have been cooking: saving vegetable and meat or fish scraps for stock, putting fat and odd cuts of meat into sausages, curing fish on sake lees [solids left over from sake production] . . . 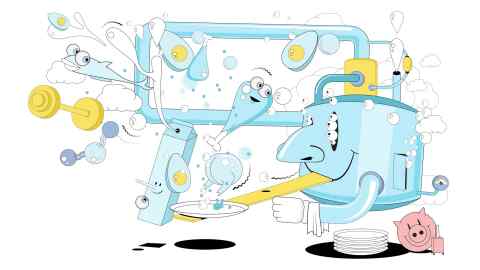 “For many years, the food industry has literally been obscuring how the sausage is made, for fear that showing how food that would otherwise be wasted is upcycled into food products might turn off consumers — or encourage them to seek discounts.”

Today, the reverse is the case. In 2019, Turner Wyatt, a social entrepreneur from Colorado, US, founded the Upcycled Food Association and began working on third-party certification for foods with upcycled ingredients, enabling them to add a special logo to their packaging. Certified foods must demonstrate environmental benefits.

Since then, the association has certified 140 products, including EverGrain — from AB InBev’s spent grain project — along with products ranging from cans of chopped green-bean offcuts, that are not usually included, to drinks made from avocado seeds.

It expects far more: the certified products are “just a fraction of the industry as it stands today,” says Wyatt.

AB InBev’s new grain products count as upcycled because they enter the human food chain directly, and because they help to cut greenhouse gas emissions. Byproducts from their manufacture are used in a meat-free pot pie made by Birds Eye, part of Nomad, and in protein powders made by Nestlé’s Garden of Life brand.

Cows are not the most efficient source of protein

The company has been reassessing spent grain, of which brewers globally produce about 39mn tonnes a year, since 2013. Sending its nutritional content for human consumption seemed an improvement on its previous use as cattle feed, says Gregory Belt, chief executive of EverGrain, which is wholly owned by AB InBev. “That way, you don’t lose nine-tenths of the protein — cows are not the most efficient source of protein.”

As ingredients companies look to help food brands improve their health credentials, the fibre as well as protein from spent grain is in growing demand.

But upcycling does present technical challenges, says Deutsch. For example, barley becomes vulnerable to spoilage once it has been steeped in a wort to make beer and so requires further, preventive, processing. 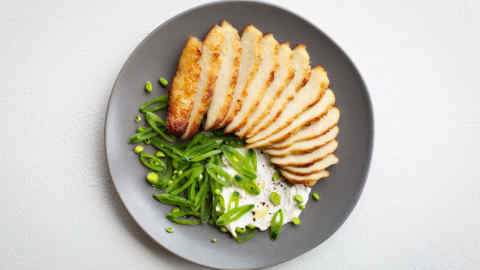 And, while upcycling may be an ancient phenomenon, its latest incarnations require new technology. EverGrain has worked with experts at University College Cork in Ireland and uses a patented process to extract protein powder from its barley.

It views barley as a potentially significant contributor to the fast-growing plant protein industry. If the world’s breweries all upcycled their barley, the size of the current plant protein sector would double, notes EverGrain’s Belt.

There is also potential to upcycle food byproducts into other industries. Uses include “bioactive compounds for pharmaceuticals or plant fibres made into dishware, plastics, or clothing,” says Deutsch. “Those processes definitely required new technologies, and there is continual progress being made.”

Marmite, a rare example of a popular brand that is open about its status as a byproduct, has been on sale for 118 years

Consumer goods groups discard a quarter of their raw materials, points out Belt, indicating the scale of the challenge facing the sector in reducing waste and emissions.

Spent grain is one of several upcycling opportunities for big food companies. Wyatt says that others on a similar scale include the cascara fruit from the coffee plant, which can be made into flour or beverages, and the fruit and husks of the cacao plant — which Nestlé last year pulped to sweeten chocolate.

To succeed, says Wyatt, such products must show commercial viability in their own right, as well as helping to fulfil companies’ emissions goals. Doukeris says AB InBev’s investment in upcycling barley reflects its confidence in the commercial viability of EverGrain, since the food ingredients it makes are far higher value than animal feed.

Marmite, a rare example of a popular brand that is open about its status as a byproduct — in this case from brewer’s yeast — is one upcycled foodstuff that has achieved long-term commercial viability for its manufacturer, Unilever. It has been on sale for 118 years.

However, the cost of processing is still a challenge for businesses looking to upcycle low-value ingredients, according to a 2020 report from consultancy Oakland Innovation. Another problem is the potential environmental cost of the processing and transport.

But Wyatt, who began by upcycling bread collected by his food non-profit for reuse in brewing, is encouraged by multinationals’ growing interest.

“Big companies like Mondelez and Dole and Target are going ‘Oh wait, this is real, this isn’t just some fringe environmental movement’,” he says. “This is a real part of the food system.”

Video: Upcycled food is on the up | FT Food Revolution
Reuse this content (opens in new window) CommentsJump to comments section 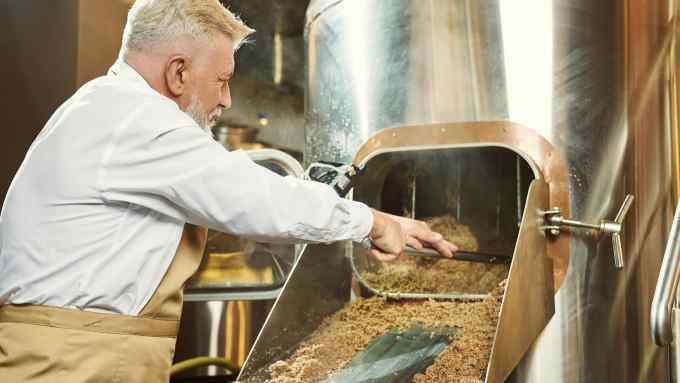