More than two years since they received regulatory approval, almost half of their $4.4bn in AUM are in just one vehicle

Non-transparent ETFs have struggled to gain traction among investors in the two years since the first products launched, data show.

Portfolio-shielding ETFs had $4.4bn in assets as of September 30, according to Bryan Armour, director of passive strategies research for North America at Morningstar, representing about 1.5 per cent of the active ETF market.

But nearly half of those assets are in one ETF, the $2.1bn Nuveen Growth Opportunities ETF, Morningstar data show.

“It’s not evident from flows that a strong wave of demand has materialized for the offerings,” said Daniil Shapiro, director of product development at Cerulli Associates. “It’s possible that longer track records and approval on platforms will help the products along.”

Investors piled a combined $197mn into the pair of ETFs between April and June 2020, according to data from Morningstar Direct, but that interest quickly waned. From July 2020 to September 2022, they added just $100mn in net inflows. Investors pulled $50mn from the funds during the year ended September 30.

Part of the reason why non-transparent ETFs have struggled to gather assets is that major broker-dealers have been slow to add the products to their platforms. This year, UBS, Merrill Lynch and Morgan Stanley Wealth Management said they would start offering a small number of portfolio-shielding ETFs on their platforms.

“Investors don’t appear to have the same desire for opaque strategies as some fund managers,” he said.

Overall, investor reception to non-transparent ETFs has been “lukewarm at best” and “downright cold” at worst, said Nate Geraci, president at The ETF Store.

“Fund flows continue to show that investors value the simplicity and transparency of the traditional ETF wrapper,” Geraci said. “Fund companies must demonstrate that there are real, tangible benefits to investors by adding the complexity and opacity that the non-transparent structure brings. Thus far, they haven’t been able to do that.”

A more complex wrapper will not “magically transform” underperforming active managers into “alpha generators”, Geraci said. Traditional shops “who were extremely late arriving to the ETF party” likely sought to “straddle the line” and offer a hybrid between a mutual fund and ETF wrapper.

The problem with this approach, Geraci noted, is that investors had already embraced the transparent ETF wrapper.

“You simply can’t give investors a feature like daily transparency and then try to take it back — the horse is already out of the barn,” Geraci said. “I think the non-transparent ETF wrapper is basically dead in the water.”

“The risk is that of front-running and harming trade execution,” Shapiro said. “It is still perceived as a challenge today both for equity and fixed-income strategies.”

In contrast, that challenge could also be viewed as “less of a concern today” due to the proliferation of transparent actively managed ETFs and managers’ ability to use custom creation and redemption baskets, Armour said.

Active ETFs had $304.9bn in assets as of September 30, according to Morningstar Direct, or 174 per cent more than they did the month that the first portfolio-shielding ETFs debuted.

And transparent active ETF managers have not had their secret sauce copied, Armour said.

Also, over the past two years, managers who historically ran mutual funds, which are less transparent than ETFs, have entered the ETF space for the first time, with fully transparent strategies.

“I would say that some PMs think [copycats] are a problem and thus don’t want their strategies public,” said Dave Nadig, financial futurist at VettaFi. “Honestly, I feel pretty strongly that if your strategy requires nobody knowing what you’re doing, it implies that you are having an influence on your chosen investments simply by participating — which also often means there’s not a ton of liquidity.”

Not every strategy belongs in a “highly liquid arbitrage vehicle” such as an ETF, Nadig said. “Some funds need to be able to close to new money,” he added.

“The ANT structure solves a portfolio manager problem, not an investor problem and, as such, I expect its use cases will remain pretty narrow,” Nadig said. “Investors like transparency, so where issuers can provide it, they will.” 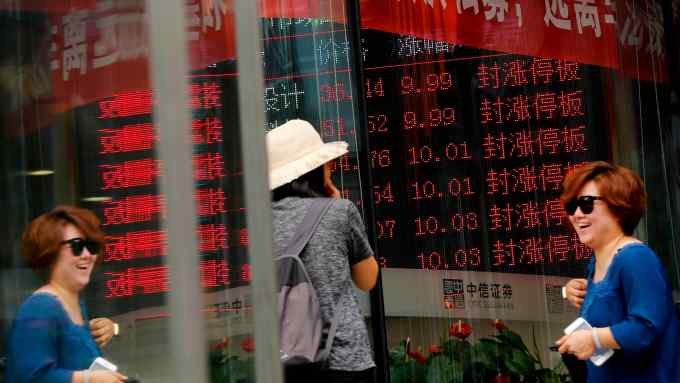