CFA forges ahead with ESG standard despite criticism

The CFA Institute has been forced to defend its efforts to create a global standard for environmental, social and governance investing after many asset managers poured cold water on the initiative.

Investors are demanding more information about ESG risks in their portfolios given the explosion of interest in sustainable investing. Yet a lack of standards means that managers’ disclosures vary wildly, fuelling greenwashing concerns.

The CFA, the global organisation that hands out the coveted designation of “Chartered Financial Analyst”, recently became the latest body to try to inject order into the space by starting work on a standardised framework for ESG disclosures.

However a number of large asset managers and their trade bodies have rejected the CFA’s initiative, saying it would add confusion at a time when global policymakers’ responses to ESG are still developing.

The Washington-based Investment Company Institute, whose members manage $26tn in assets, said in a consultation response that it “[did] not believe that it is possible for the CFA Institute to drive convergence around a global standard at this time”.

Policymakers in Europe and the US are already on different paths. While the EU will next year roll out rules forcing asset managers to make detailed disclosures about the sustainability of their investments, US regulators have strongly pushed back against ESG investing. However, some believe this could change when president-elect Joe Biden enters the White House. 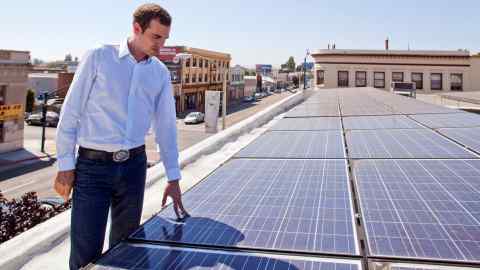 According to the ICI, the CFA standard “cannot avoid or reconcile all potential conflicts and overlapping requirements” and would “only add another layer of complexity and likely divergence for asset managers”.

This view was echoed by Sifma AMG, the asset management division of the Wall Street lobbying group whose members have $45tn under management, which called on the CFA to suspend its work “until US regulatory thinking has been further developed in this space”.

Franco-Belgian asset manager Candriam added that the standard would create additional costs for Europe-based funds that already have to contend with multiple ESG disclosure requirements.

But Chris Fidler, industry standards senior director at the CFA, said that the institute would not back down, arguing that its global mandate meant it had a duty to help investors and practitioners beyond the US and Europe.

“There are an awful lot of markets that haven’t even started contemplating regulations for ESG disclosures yet,” he said. “We feel it’s our responsibility to provide guidance to them on how to tackle this ethical challenge.” 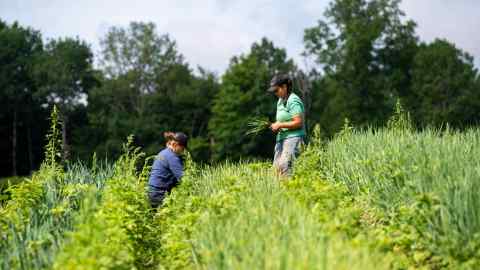 The CFA, which plans to issue the next draft of its voluntary standard in May 2021, believes its experience developing widely used global investment performance standards known as GIPS means it is well placed to become a global standard setter for ESG.

The CFA will enter an already crowded market. Industry association Eurosif launched its voluntary ESG disclosure standard in 2008 while the International Organization of Securities Commissions, the global umbrella body for securities regulators, recently announced its own push to harmonise sustainability disclosure standards.

Mr Fidler said the CFA would closely monitor the emerging landscape to avoid clashes with other disclosure frameworks.

“We very much acknowledge the challenges that asset managers face when regulations are in flux or uncertain,” said Mr Fidler. Despite this, he argued that standards would more closer together over time, adding that this would benefit investment groups by making it easier for investors to compare funds.